Overview of SQOOP in Hadoop

Previously when there was no Hadoop or there was no concept of big data at that point in time all the data is used to be stored in the relational database management system. But nowadays after the introduction of concepts of Big data, the data need to be stored in a more concise and effective way. Thus Sqoop comes into existence.

So all the data which are stored in a relational database management system needed to be transferred into the Hadoop structure. So the transfer of this large amount of data manually is not possible but with the help of Sqoop, we can able to do it. Thus Sqoop is defined as the tool which is used to perform data transfer operations from relational database management system to Hadoop server. Thus it helps in transfer of bulk of data from one point of source to another point of source.

Some of the important Features of the Sqoop :

There are two major operations performed in Sqoop : 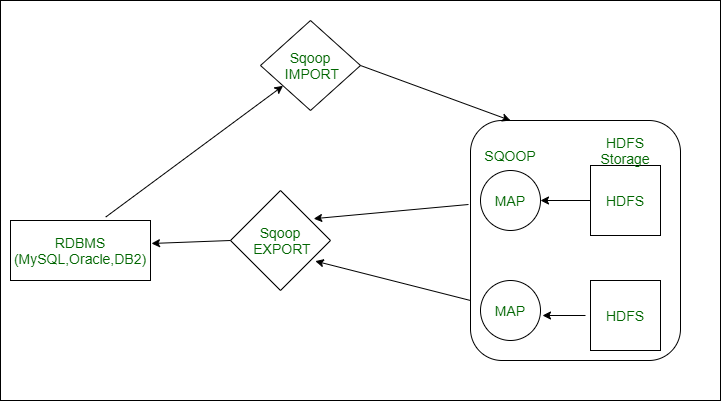 Basically the operations that take place in Sqoop are usually user-friendly. Sqoop used the command-line interface to process command of user. The Sqoop can also use alternative ways by using Java APIs to interact with the user. Basically, when it receives command by the user, it is handled by the Sqoop and then the further processing of the command takes place. Sqoop will only be able to perform the import and export of data based on user command it is not able to form an aggregation of data.

Sqoop is a tool in which works in the following manner, it first parses argument which is provided by user in the command-line interface and then sends those arguments to a further stage where arguments are induced for Map only job. Once the Map receives arguments it then gives command of release of multiple mappers depending upon the number defined by the user as an argument in command line Interface. Once these jobs are then for Import command, each mapper task is assigned with respective part of data that is to be imported on basis of key which is defined by user in the command line interface. To increase efficiency of process Sqoop uses parallel processing technique in which data is been distributed equally among all mappers. After this, each mapper then creates an individual connection with the database by using java database connection model and then fetches individual part of the data assigned by Sqoop. Once the data is been fetched then the data is been written in HDFS or Hbase or Hive on basis of argument provided in command line. thus the process Sqoop import is completed.

The export process of the data in Sqoop is performed in same way, Sqoop export tool which available performs the operation by allowing set of files from the Hadoop distributed system back to the Relational Database management system. The files which are given as an input during import process are called records, after that when user submits its job then it is mapped into Map Task that brings the files of data from Hadoop data storage, and these data files are exported to any structured data destination which is in the form of relational database management system such as MySQL, SQL Server, and Oracle, etc.

Let us now understand the two main operations in detail:

Sqoop import command helps in implementation of the operation. With the help of the import command, we can import a table from the Relational database management system to the Hadoop database server. Records in Hadoop structure are stored in text files and each record is imported as a separate record in Hadoop database server. We can also create load and partition in Hive while importing data..Sqoop also supports incremental import of data which means in case we have imported a database and we want to add some more rows, so with the help of these functions we can only add the new rows to existing database, not the complete database.

Here you can get the idea of how the import and export operation is performed in Hadoop with the help of Sqoop. 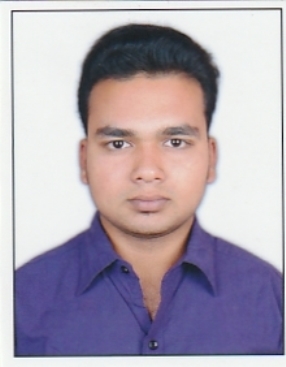