This article will focus on the outlier analysis, including Outlier detection and removal in the R programming language.

Effects of an outlier on model:

Step 1: In this step, we will be, by default creating the data containing the outliner inside it using the rnorm() function and generating 500 different data points. Further, we will be adding 10 random outliers to this data.


Step 2: In this step, we will be analyzing the outliner in the provided data using the boxplot, which will be plotting a barplot, and we will be able to analyze the outlier in the data. As said when reviewing a box plot, an outlier is defined as a data point that is located outside the whiskers of the box plot.

Boxplots are created by using the boxplot() function in the R programming language.

Step 3: In this step, we will remove the outlier of the provided data boxplot.stats() function in R; the same illustration is shown in the below code.


Step 4: In this step, we will just verify if the outliner has been removed from the data simply by plotting the boxplot as done in step 2 and verifying it accordingly. 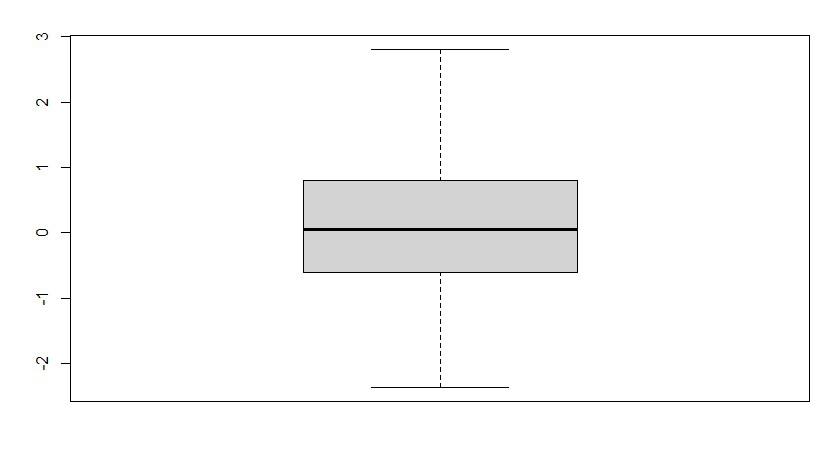 As we can see in the output plot that there is no outlier plotted in the plot. so, we successfully analyze and remove the outlier.