OSPF stands for Open Shortest Path First a link-state protocol and as the name itself justifies that it is used to find the best and the optimal pathway between the starting point and the destination target router using its own shortest path first algorithm. It sends hello packets every 10 seconds. It varies under (LSRP) Link State Routing Protocol. It automatically generates or decides the optimal path and it is used to send router packets with the auto path decision method. It is one of the Interior gateway protocols that aim to move the packet within a large autonomous system. OSPF works on port no. 89 and uses [AD value 110].

OSPF creates or constructs a topological map of the network from the available router by gathering link-state routing protocol. OSPF also supports the Classless Inter-Domain Routing addressing system. The topology of the network is represented as a routing table to the Internet Layer for routing packets by their destination IP address.

Why is OSPF Better for Network Management?

OSPF is very reliable because of the strict division of level of routing as it has complete information on network topology and it also supports interface-based plaintext and md5 authentication.

Step 1: Initialize the interface and host with IP addresses and default gateway respectively: 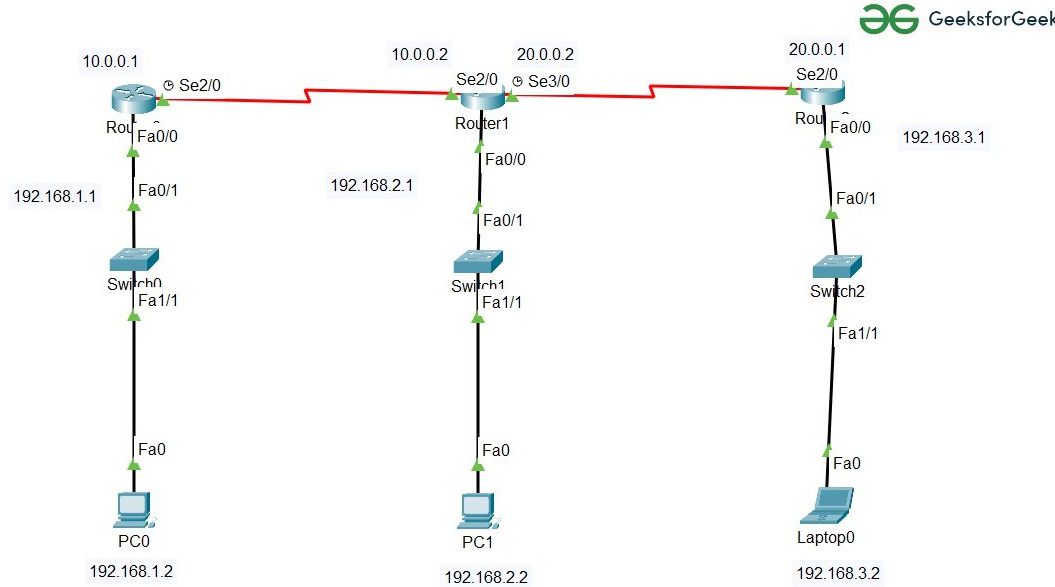 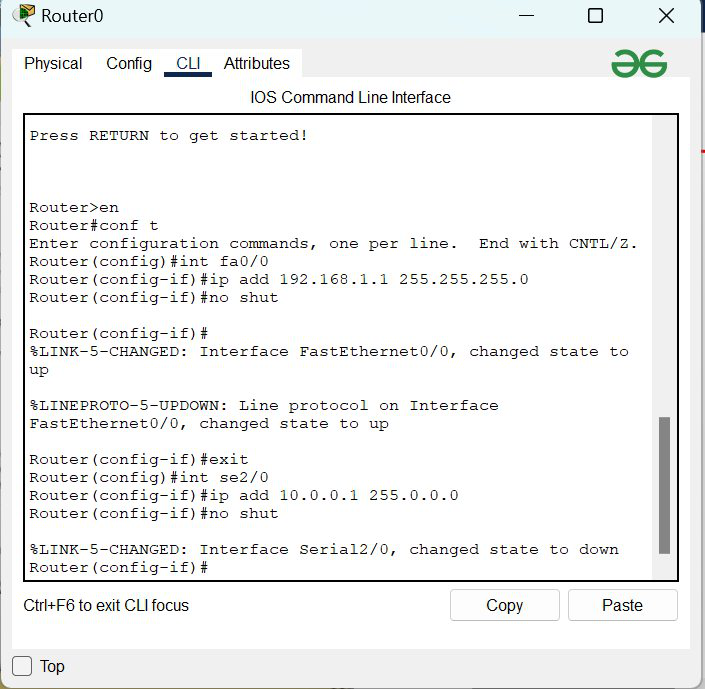 Step 2: Configuring the Interface 2 which is router1. 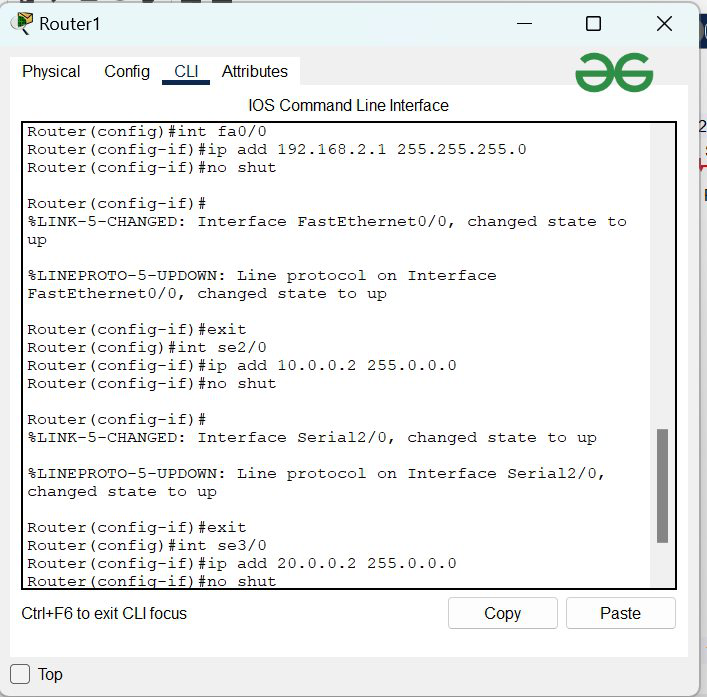 Step 3: Configuring the Interface 3 which is router2. 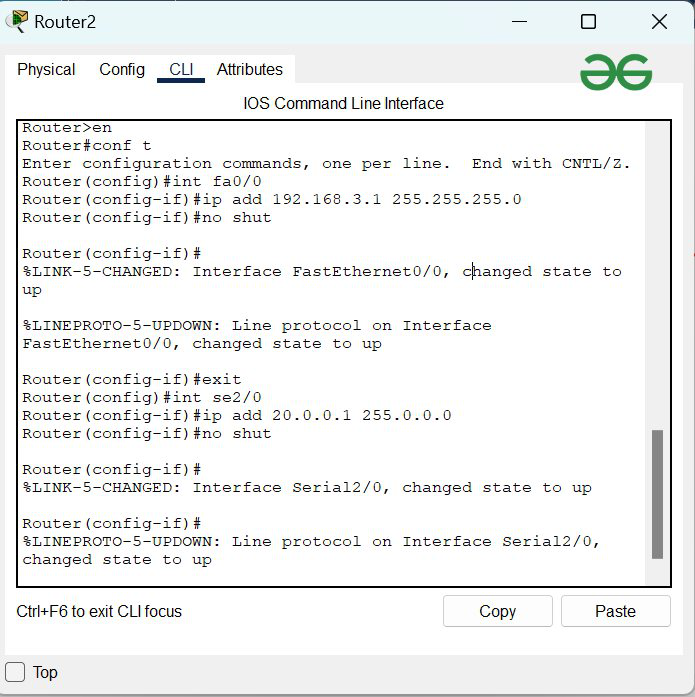 Now comes the main part now we have to configure the OSPF implementation:

Step 1: Configure the Router0 and create router OSPF 1 and then add network id with wildcard mask. 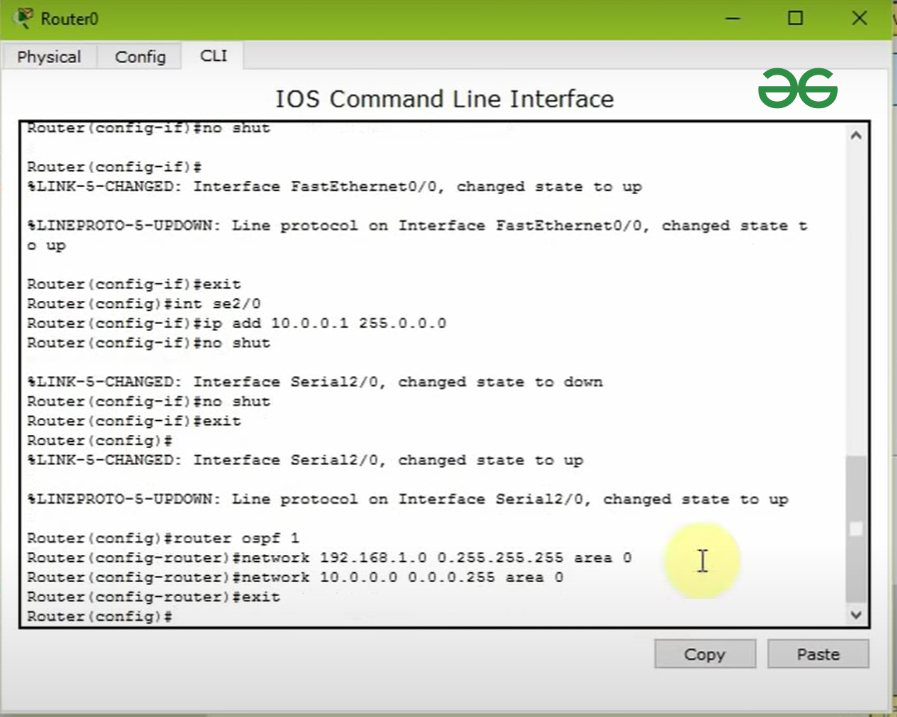 Step2: Configure the Router1  and create router OSPF 1 and then add network id with wildcard mask. 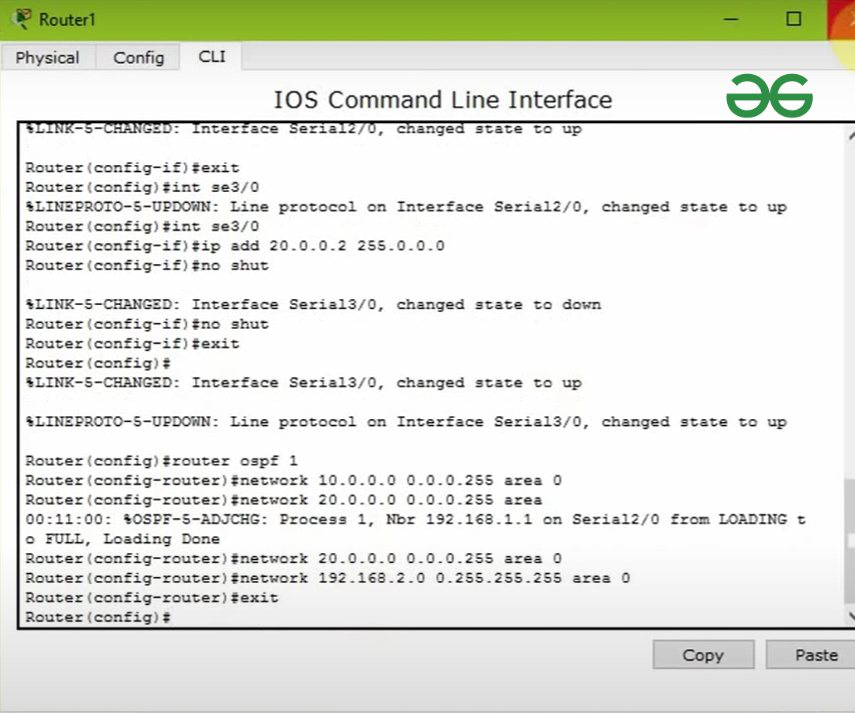 Step 3: Configure the Router2  and create router OSPF 1 and then add network id with wildcard mask. 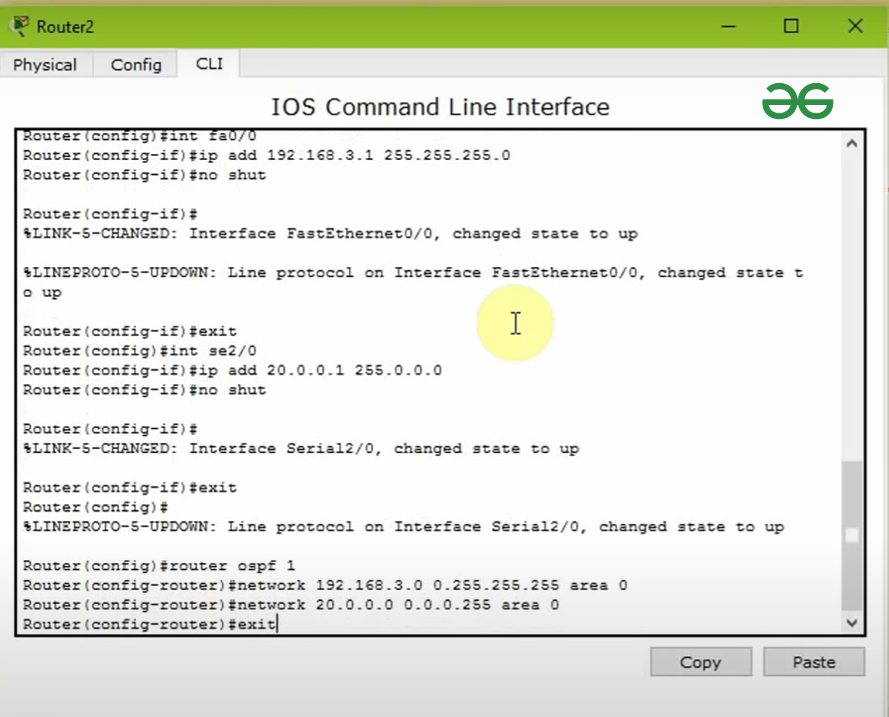