Given N-sided polygon we need to find the total number of triangles formed by joining the vertices of the given polygon with exactly two sides being common and no side being common.
Examples: 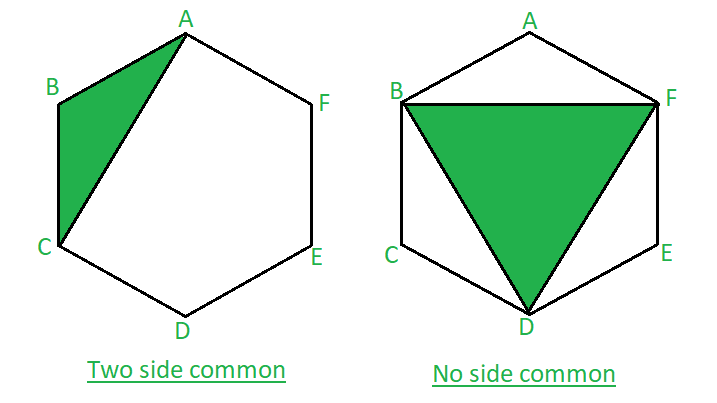 Number of triangles formed are 6 and 2 with two side common and with no side common respectively.
Input : N = 7
Output : 7 7

Note:To calculate the number of triangles having one side common with that of a polygon click here
Below is the implementation of the above approach: