What is a Nucleus?- Definition, Structure and Function

It is fascinating to observe how life evolved from its earliest predecessor to the organisms which would be multicellular that surround us. According to the cell theory, a cell is the basic building block of life, and that all living things are made up of cells. The method also asserts that pre-existing cells give rise to new ones.

Two scientists, Schleiden and Schwann, proposed the hypothesis that all animals and plants are made up of cells and that a cell is the fundamental building block of life. Virchow extended the cell idea by arguing that all cells are descended from earlier cells. Cells vary in shape and size depending on the type of activity they carry out. Every cell contains a specific component of the cell organelle to carry out a distinct aspect, such as mitochondria for respiration. This indicates that there is a division inside cells. 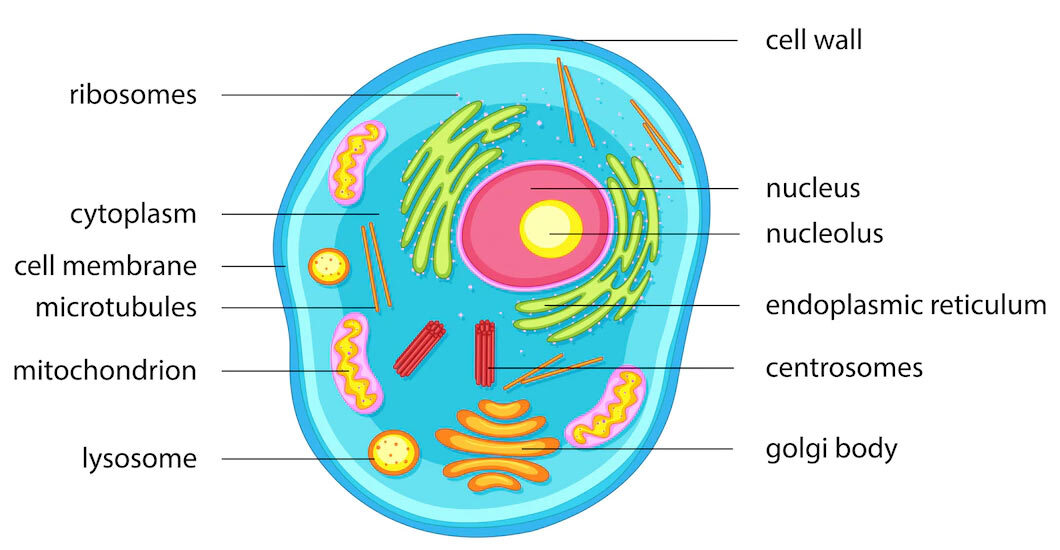 The nucleus is the part of the cell that is most essential (plural: nuclei). It comes from a Latin term that translates to “nut kernel.”

A double-membraned organelle found in eukaryotic cells known as a nucleus houses the genetic material.

As was previously said, the nucleus is the unique characteristic of eukaryotic cells and is only present in eukaryotes. However, although coming from eukaryotic species, some cells, like RBC’s, lack a nucleus.

The nucleolus in eukaryotic cells has a well-organized structure with 4 main histologic parts. The parts can also be categorized as follows:

rRNAsynthesis and ribosomal biosynthesis are the primary functions of the nucleolus, and this is the most noticeable region in the nucleus of eukaryotic cells. The nucleolus is also thought to play a role in the cell cycle regulation, growth, aging, activity of telomerase, and also the silencing of genes and reactions to abiotic or biotic stressors, according to mounting data. During the first section of the analysis, they quickly evaluate the plant’s composition and characteristics’ traditional activities in rRNA production and ribosome assembly as well as potential participation in additional RNA regulatory processes such as spliced, nonsense-mediated mRNA destruction, and RNA silencing. In the second section of the review, we evaluate recent developments and talk about the nucleolus’s well-known and potential future responsibilities.

The nucleolus, which occupies over 25percent of the total nucleus’ volume, is referred to as the brain of the nucleus. It primarily participates in the synthesis of the constituent parts of ribosomes. Thus, in eukaryotic cells, the nucleolus is crucial for the creation of ribosomes and the production of proteins.

The genetic information and other instructions necessary for cellular functions are found in the double membrane organelle known as the nucleus. It is one of the biggest organelles and is only present in eukaryotic cells.

Question 4: Which organism would have the two nuclei?

Single-celled cilia protozoa called Paramecium contain 2 nuclei, in which one would be micro and the other would-be macro. The macronucleus of a cell stores the genes necessary for basic cellular functions, while the micronucleus regulates sexual reproduction.

The presence of nuclear pores on the nuclear envelope facilitates the movement of substances between the cytoplasm and nucleus.

Question 6: What is the importance of the nuclear export signal?

This would play an essential role in and out of the proteins across the nucleus through the pores of the nucleus. These would be the sequence of amino acids.