Streams are one of the fundamental concepts of Node.js. Streams are a type of data-handling methods and are used to read or write input into output sequentially. Streams are used to handle reading/writing files or exchanging information in an efficient way.

The official Node.js documentation defines streams as “A stream is an abstract interface for working with streaming data in Node.js.” The stream module provides an API for implementing the stream interface. Examples of the stream object in Node.js can be a request to an HTTP server and process.stdout are both stream instances. In short, Streams are objects in Node.js that lets the user read data from a source or write data to a destination in a continuous manner.

Note: What makes streams powerful while dealing with large amounts of data is that instead of reading a file into memory all at once, streams actually read chunks of data, processing its content data without keeping it all in memory.

Advantages of Streams over other data handling methods:

Some Node APIs that uses streams are:

Implementing a Readable Stream: We will read the data from inStream and echoing it to the standard output using process.stdout.

Implementing a Writable Stream: In the outStream, we simply console.log the chunk as a string. We also call the callback function to indicate success without any errors. We will read the data from inStream and echo it to the standard output using process.stdout. 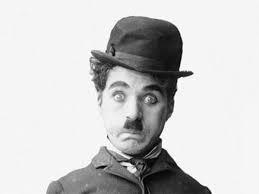