While developing Node.Js application it is important to handle invalid routes.
It can be done by writing a custom route or redirecting all the invalid routes to any custom page.

Now, we will start our server by following command in terminal or command promopt:

If you have nodemon installed in your system then it can also be done by using the following link:
To know more about nodemon and how to use it, please refer: This

Here, in our project till now we have developed two routes as:

Now, let’s try to access a different random route which is not defined in the server file.

As shown in the screenshot we are getting the error while trying to access /india route. 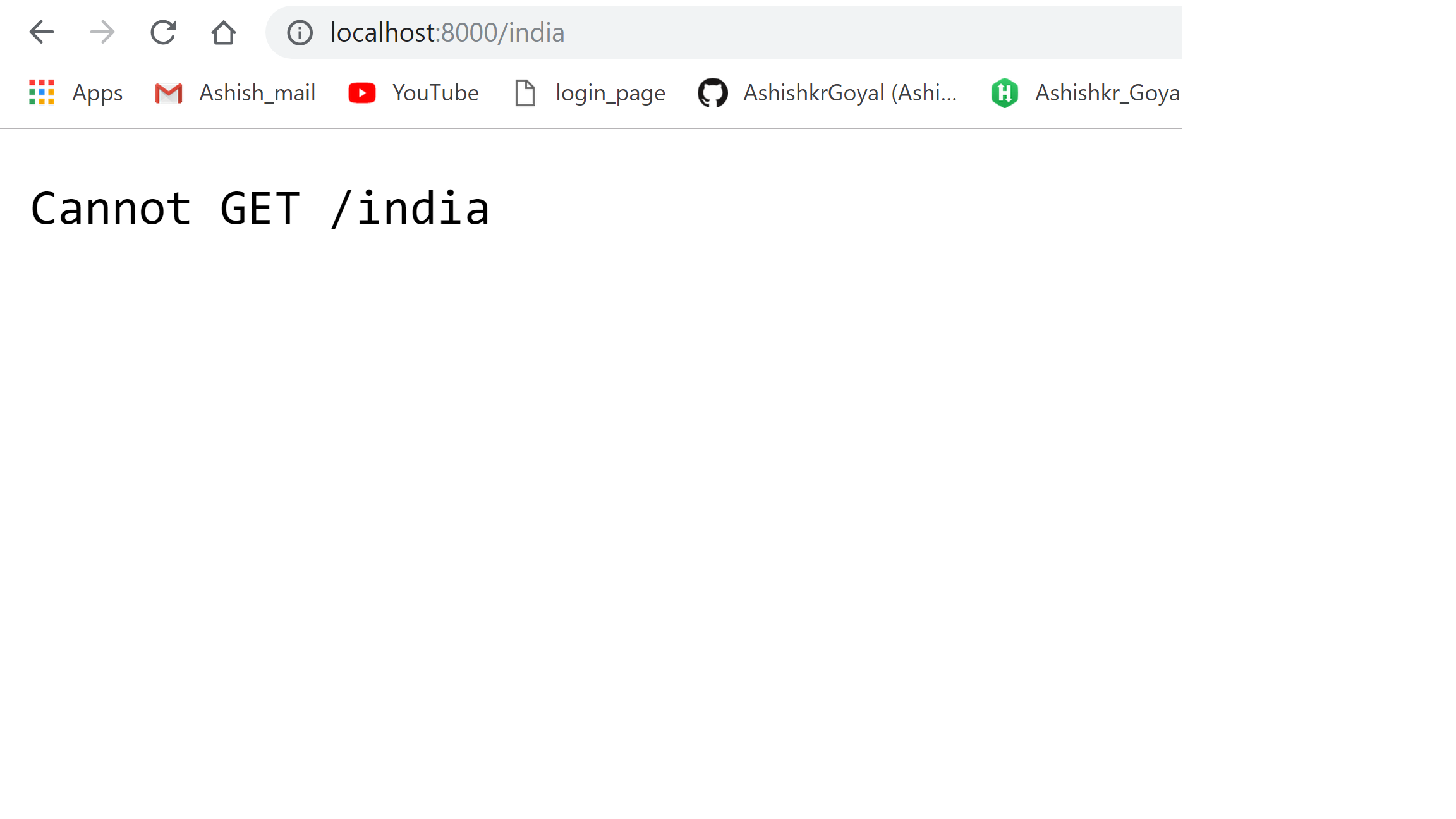 Now, the updated server file will be as given below: 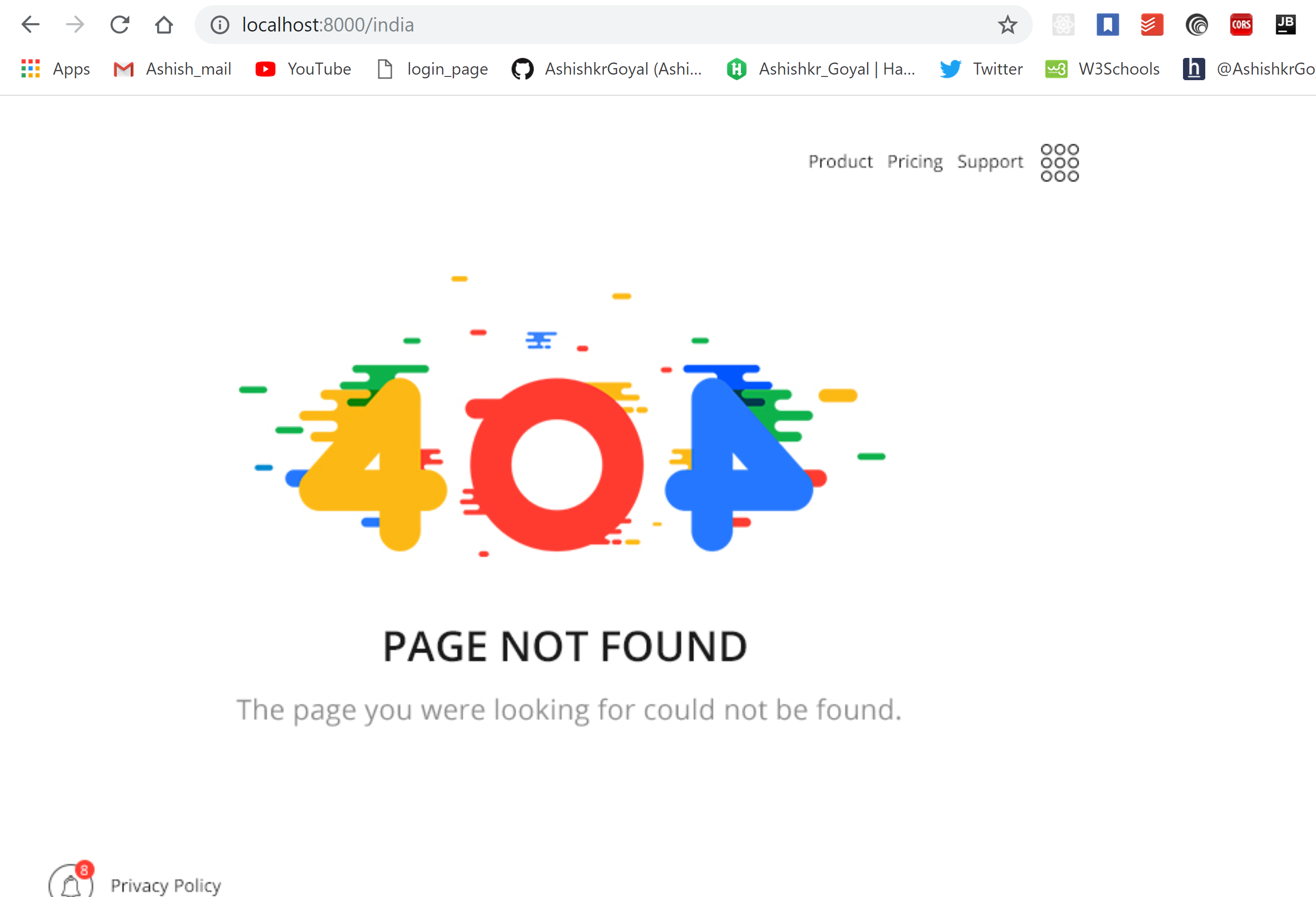 Now, if we will try to access any random invalid or wrong route we will get that error page as shown above.

Let’s understand this with an example:
We are changing the orders of routes here 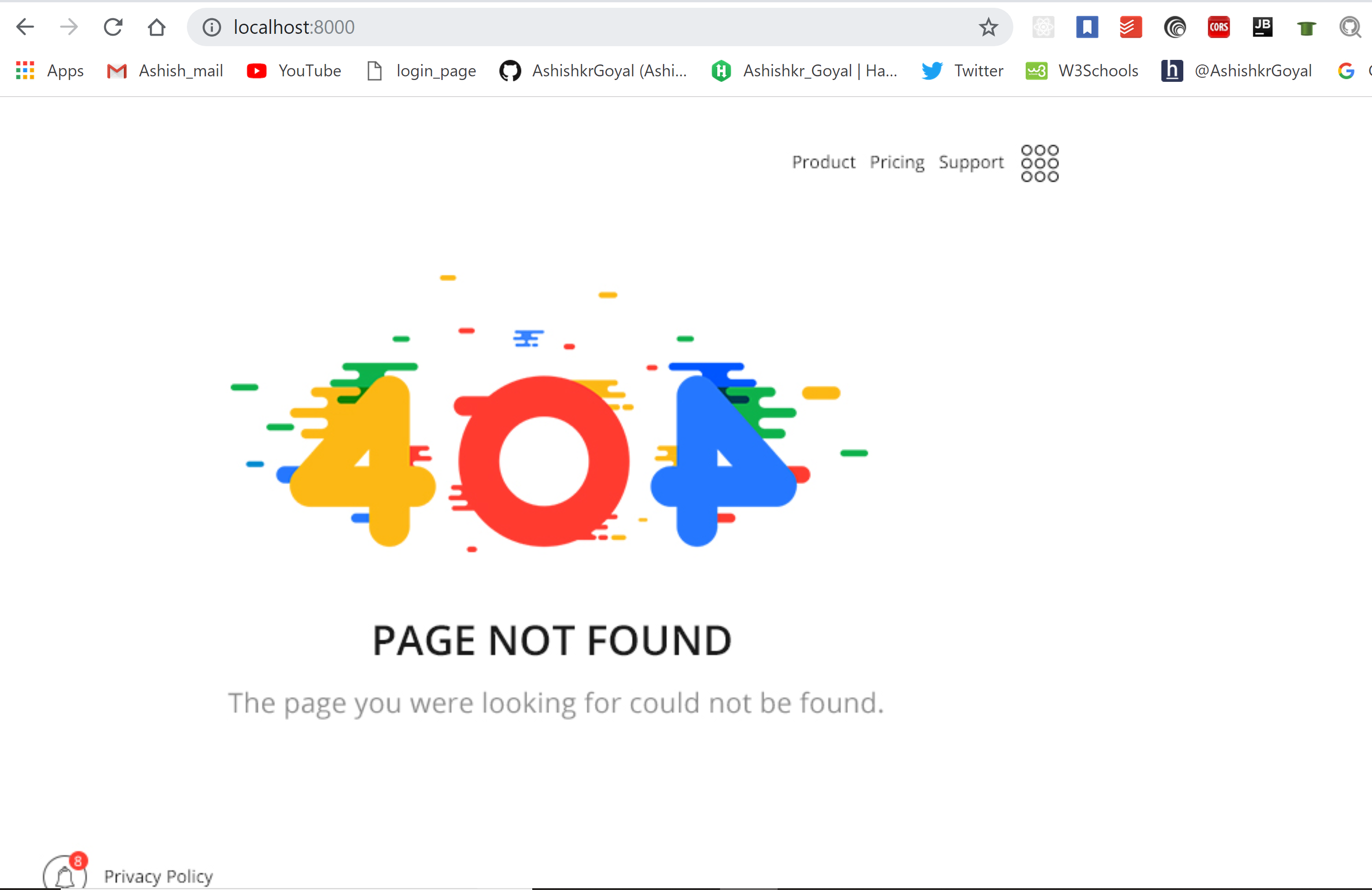 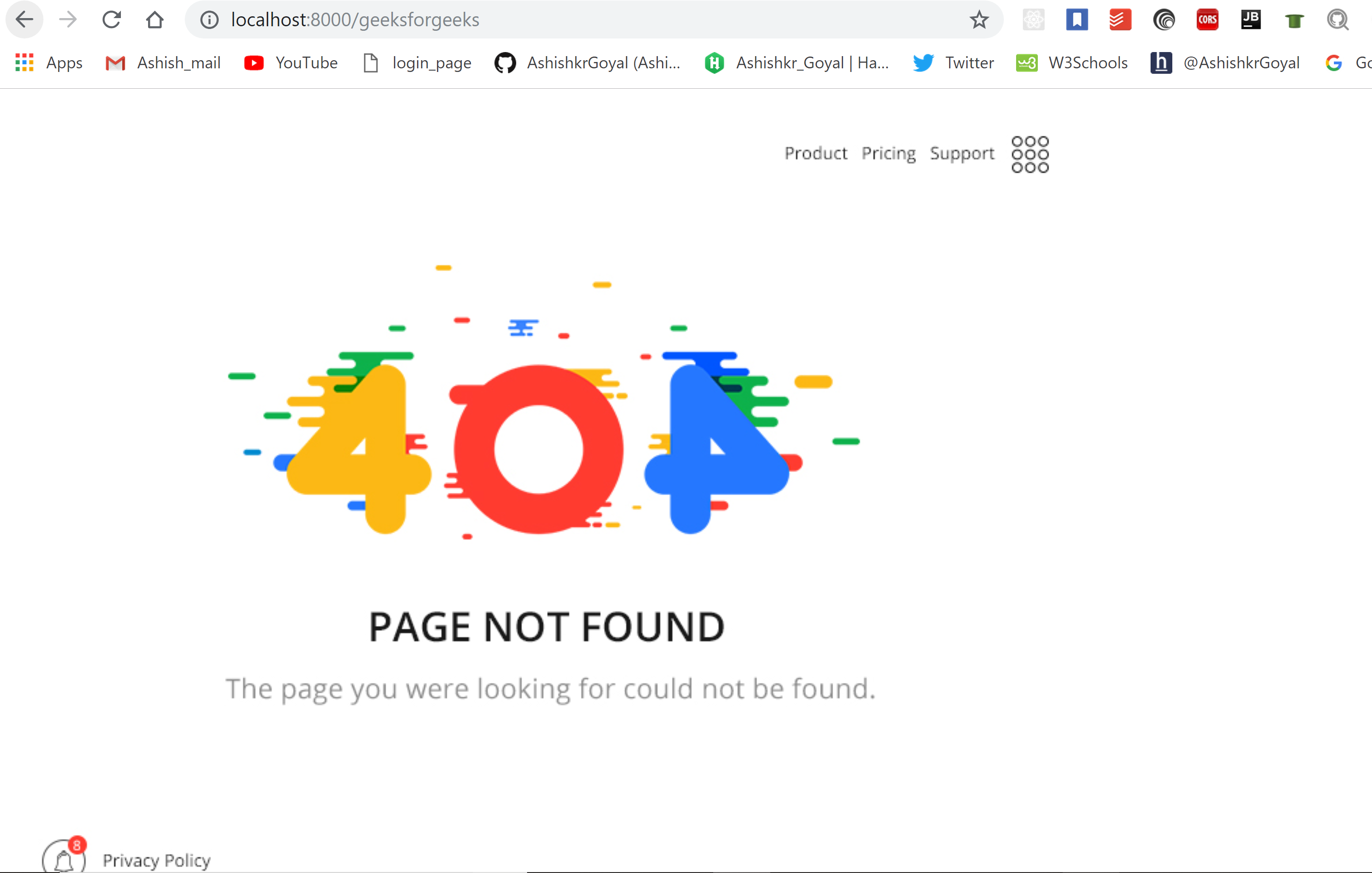 So, it is necessary to write the custom route at the end of the all routes so that it will not interfere with the function of any other route.

In this way, we can handle the Invalid routes access in nodejs.

Previous
Generating Errors using HTTP-errors module in Node.js
Next
How to validate if input in input field has BIC or Swift code only using express-validator ?
Related Articles
1. How to filter path of routes in Express.js ?
2. RESTfull routes on Node.js and MongoDB
3. RESTful Routes in Node.js
4. How to use routes with serve-static files in Node.js ?
5. How to create multiple routes in the same express.js server ?
6. Next.js Optional catch all routes
7. How to catch all routes in Next.js ?
8. Backbone.js routes Router
9. JavaScript RangeError - Invalid array length
10. JavaScript ReferenceError - Invalid assignment left-hand side
Article Contributed By : 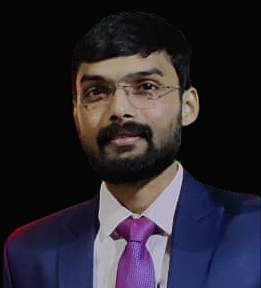