Node.js is a single-threaded event-driven platform that is capable of running non-blocking, asynchronously programming. These functionalities of Node.js make it memory efficient. The event loop allows Node.js to perform non-blocking I/O operations despite the fact that JavaScript is single-threaded. It is done by assigning operations to the operating system whenever and wherever possible.

Most operating systems are multi-threaded and hence can handle multiple operations executing in the background. When one of these operations is completed, the kernel tells Node.js and the respective callback assigned to that operation is added to the event queue which will eventually be executed. This will be explained further in detail later in this topic.

When the timer set by setTimeout function (in this case 1000 ms) runs out, the callback is sent to the event queue. The event loop on finding the call stack empty takes the task at the top of the event queue and sends it to the call stack. The callback function for setTimeout function runs the instruction and “This is the second statement” is logged on the console and the task is popped from the stack.

Note: In the above case, if the timeout was set to 0ms then also the statements will be displayed in the same order. This is because although the callback with be immediately sent to the event queue, the event loop won’t send it to the call stack unless the call stack is empty i.e. until the provided input script comes to an end.

Working of the Event loop: When Node.js starts, it initializes the event loop, processes the provided input script which may make async API calls, schedule timers, then begins processing the event loop. In the previous example, the initial input script consisted of console.log() statements and a setTimeout() function which schedules a timer.

When using Node.js, a special library module called libuv is used to perform async operations. This library is also used, together with the back logic of Node, to manage a special thread pool called the libuv thread pool.This thread pool is composed of four threads used to delegate operations that are too heavy for the event loop. I/O operations, Opening and closing connections, setTimeouts are the example of such operations.

The following diagram is a proper representation of the event loop in a Node.js server: 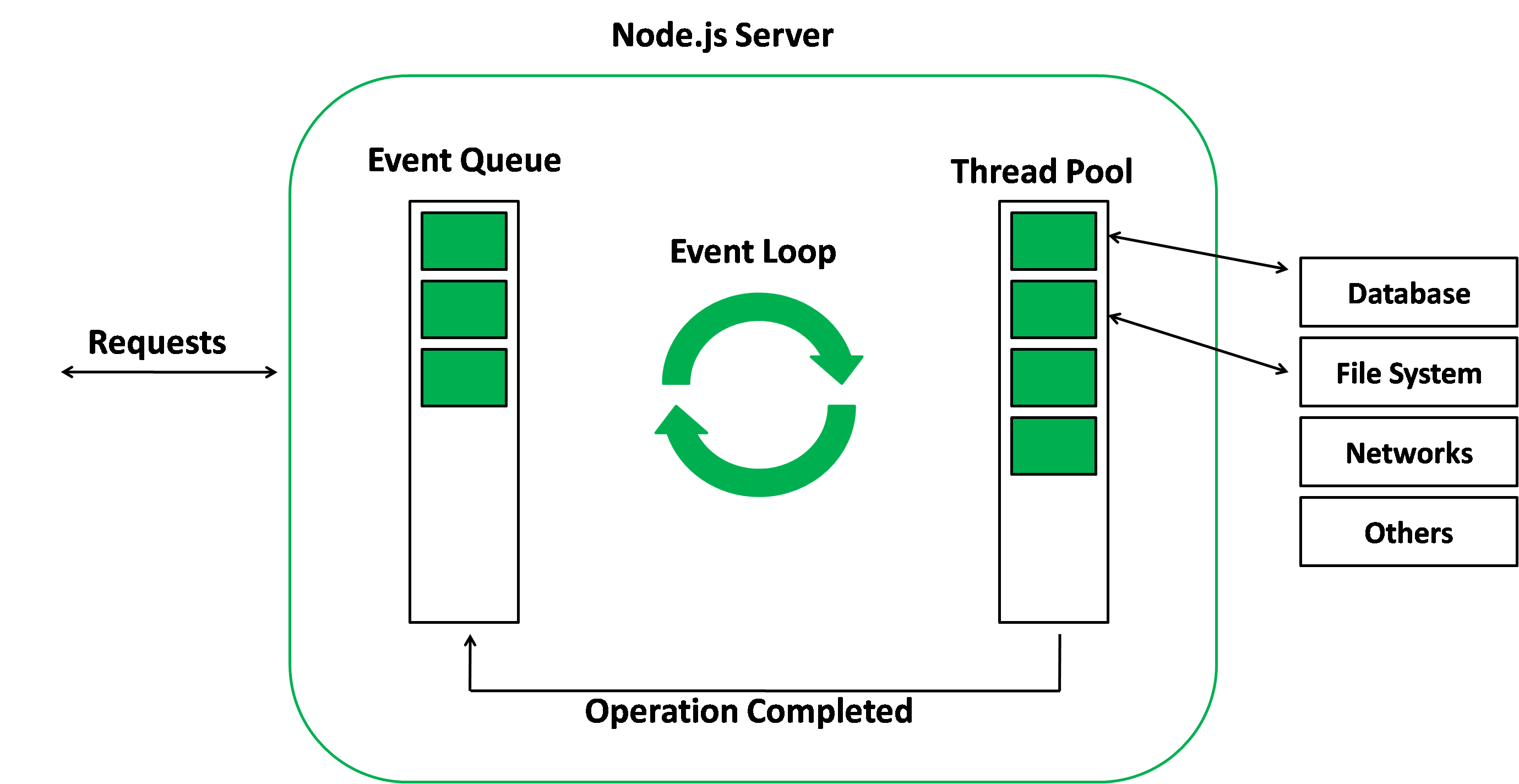 Phases of the Event loop: The following diagram shows a simplified overview of the event loop order of operations: 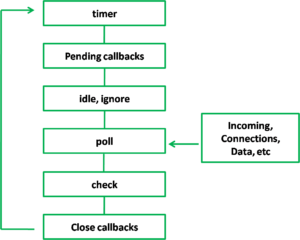