What is Part-of-speech (POS) tagging ? It is a process of converting a sentence to forms – list of words, list of tuples (where each tuple is having a form (word, tag)). The tag in case of is a part-of-speech tag, and signifies whether the word is a noun, adjective, verb, and so on. 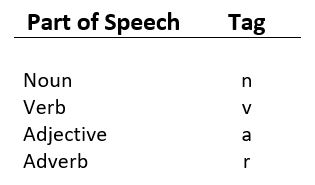 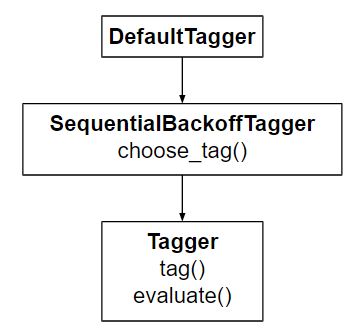 Each tagger has a tag() method that takes a list of tokens (usually list of words produced by a word tokenizer), where each token is a single word. tag() returns a list of tagged tokens – a tuple of (word, tag). How DefaultTagger works ? It is a subclass of SequentialBackoffTagger and implements the choose_tag() method, having three arguments.

Note: Every tag in the list of tagged sentences (in the above code) is NN as we have used DefaultTagger class. Code #3 : Illustrating how to untag.