In Java, it is possible to define a class within another class, such classes are known as nested classes. They enable you to logically group classes that are only used in one place, thus this increases the use of encapsulation, and creates more readable and maintainable code. 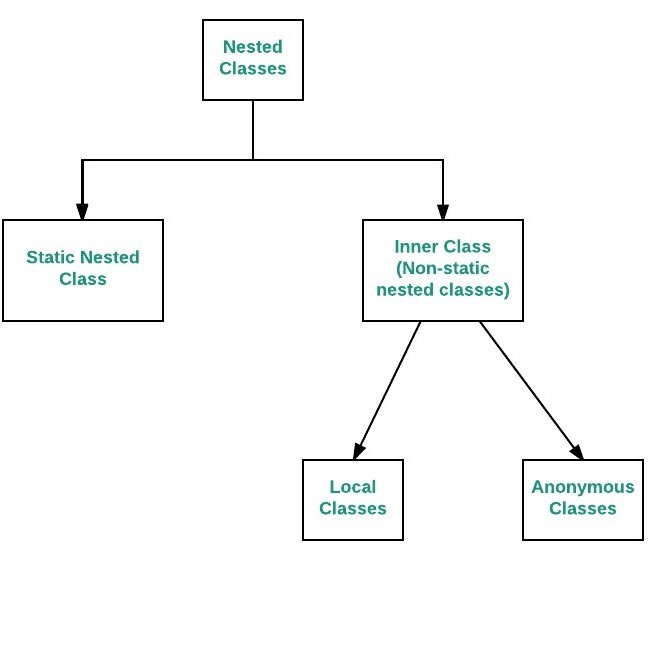 For example, to create an object for the static nested class, use this syntax:

There are two special kinds of inner classes :

Comparison between normal or regular class and static nested class

Previous
Anonymous Inner Class in Java
Next
Java.util.Objects class in Java
Related Articles
1. Nested Interface in Java
2. Nested try blocks in Exception Handling in Java
3. Java Nested Loops with Examples
4. Break Any Outer Nested Loop by Referencing its Name in Java
5. Adding Nested Tables to a PDF using Java
6. Java Program to Demonstrate the Nested Initialization For Singleton Class
7. Flattening Nested Collections in Java
8. Nested if in Java
9. Difference Between Static and Non Static Nested Class in Java
10. Java Program to List all Files in a Directory and Nested Sub-Directories
Article Contributed By :