Need of IoT SSL Certificates and its Concerns

Internet of Things or IoT is one of the most prominent innovations in recent times that has enhanced industrial automation. Due to sensor-based advancements and innovations in cloud technologies, the data exchange between remote machines and on-site systems has improved. 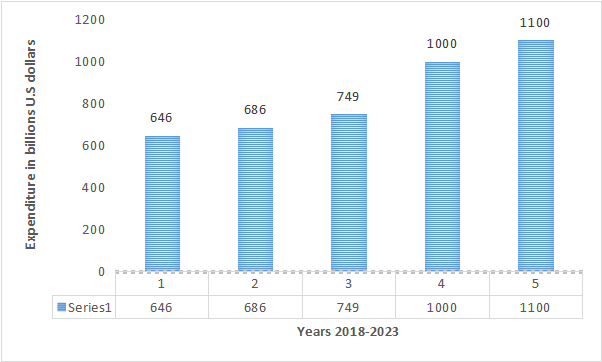 Similarly, the mobile era has boosted IoT technology in several ways with the massive adoption of smart devices like fitness bands, smart appliances, smart lights, and even smart showers. This is why global spending on IoT devices is set to reach $1.1 trillion by 2023.

However, when it comes to IoT security, there have been some shortcomings by several manufacturers. Most of these IoT brands focus on connectivity and software excellence, leaving little room for security measures.

With the latest act re-introduced by the US government on IoT security requirements, manufacturers are now looking to improve their IoT security measures. One solution is to install the best IoT SSL certificate. So, let’s understand why you need an SSL certificate for your IoT devices and how does it work?

Why do you need IoT SSL certificates?

With more devices, there is a need to have reliable security systems for data exchange. Every IoT device connects with the system through an API or Application Programming Interface. It is a protocol that facilitates the data exchange between heterogeneous systems.

While this is true for application-based IoT devices and embedded sensors, intelligent products sync with a web application leveraging the browser. In addition, IoT SSL certificates enable encrypted data exchange which stays hidden from hackers and secures it.

Especially when there is a massive pool of data to process from several IoT devices, you need robust security systems. An IDC report suggests that the total number of IoT devices will be 55.7 billion by the end of 2025, with 75% of these devices connected to an IoT platform. Such a massive surge in smart devices will increase the amount of data to 73.1 Zettabytes by 2025.

The concern here is handling BigData and ensuring no breaches during the exchange between IoT devices and end-user devices. An advanced layer of encryption can ensure such security for your data. This is why you need an IoT SSL certificate with an encryption algorithm to secure your data.

IoT SSL certificates use an encryption algorithm that scrambles the data so that it is hard to read for a hacker. It deploys this encryption between the browser or application and the IoT device. In addition, an SSL certificate encrypts the data packets during transit which blocks cyber attacks. So, even if your data packets are stolen, the data is not readable.

Another important aspect is to authenticate the data access. SSL certificates also help you authenticate the user’s access through an extra layer of protection. Most of the IoT devices communicate over a Local Area Network or LAN.

Such networks are prone to several cyberattacks such as FragAttacks. These network attacks expose the vulnerabilities of wifi connections, and data packets thefts are executed. IoT SSL certificates can help you authenticate users’ devices for data access through the encryption-decryption process.

Every data packet is encrypted through a public key which can be decrypted either by using the same security key or a private key allocated to the user. Security keys like a public or private key depend on the kind of encryption an SSL certificate uses. There are two types of encryption,

SSL certificates facilitate such encryption through cryptographic algorithms, which is why you need to opt for an advanced one. Now that you know how IoT SSL certificates work, let’s understand how it’s vital to your organization’s integrity.

Organizations need secure systems to ensure data integrity. An SSL certificate can help to authenticate each employee for data access to your core services and database. So, better compliance and data integrity is securing your system.

Another way to ensure data integrity is by leveraging multi-factor authentication with SSL certification. The private key for decryption can be sent to an employee’s device only after authentication through an application like the Microsoft Authenticator app.

Advantages of SSL Certification for IoT:

SSL certificates are an excellent way to ensure that your data is safe and enable reliable authentications of IoT devices. However, these are just a few of the advantages that you get by leveraging IoT SSL certificates. Other benefits of SSL certification for IoT are,

As IoT devices grow and your organization scale, you will need more reliable solutions to handle cyber threats. However, with IoT SSL certificates security of your systems and data integrity will be far more secure. While you can customize SSL certificates by integrating advanced authentication systems, you must assess specific business requirements.