We can use the name for the cell Ranges instead of the cell reference (such as A1 or A1:A10). We can create a named range for a range of cells and use then use that name directly in the Excel formulas. When we have huge data sets, Excel-named ranges make it easy to refer (by directly using a name to that data set).

There can be 3 ways to create named ranges in Excel : 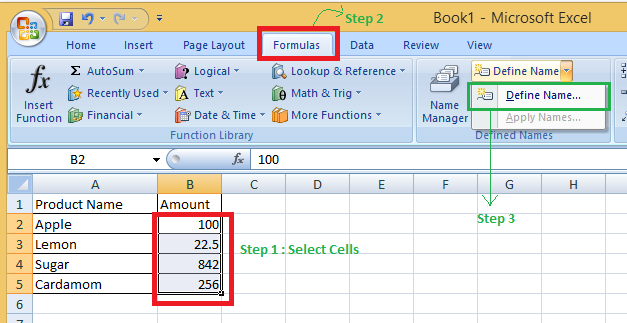 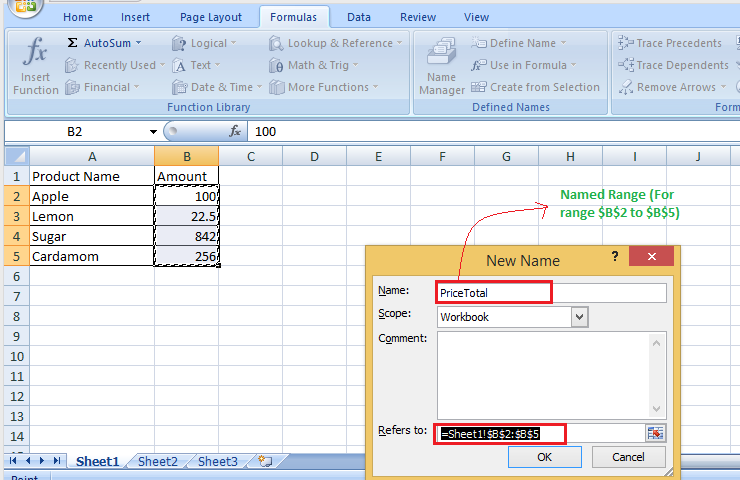 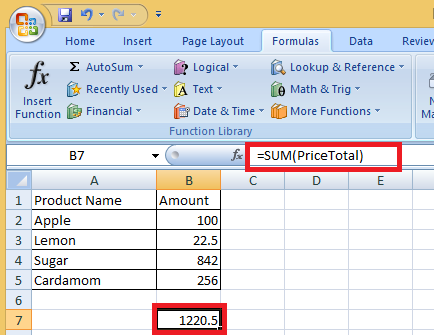 Method 2: Use the Name Box

Use the following steps to create a named range using the name box : 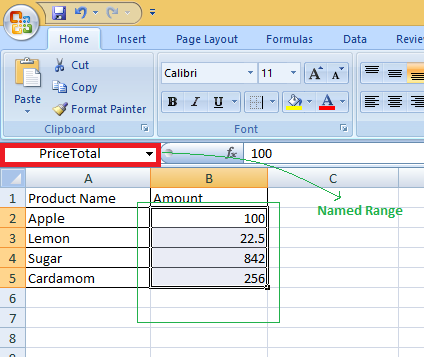 When you have tabular data and wish to construct named ranges for each column/row, this is the preferred method.

Use the following steps to create a named range from the selection option : 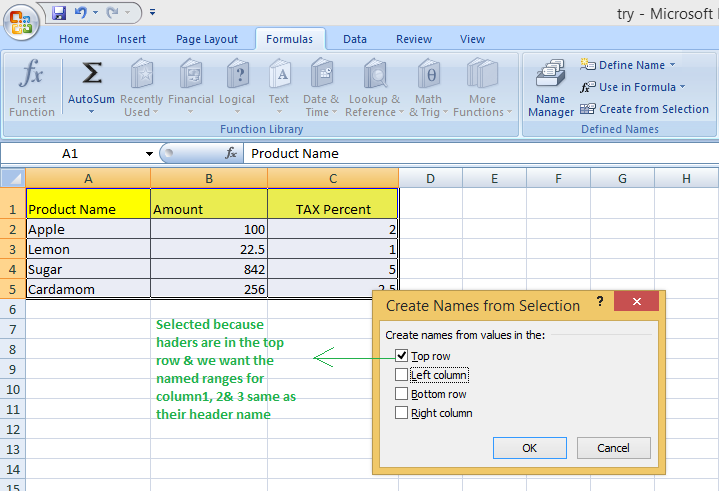 Here we select only Top row because we have headers in the top row.

Result: The data set you selected in column A will be having a named Range: Product_Name (Spaces not allowed, so underscore automatically replaces space)

The data set you selected in column B will be having a named Range: Amount

The data set you selected in column C will be having a named Range: TAX_Percent (Spaces not allowed, so underscore automatically replaces space)

The following are benefits of creating & use Named Ranges in Excel :

Instead of using cell references every time, we can directly use Named Reference

Example 1: In the above example, to calculate the sum, we used B7 =SUM(PriceTotal) instead of B7 = SUM(B2:B5) for the above data range. 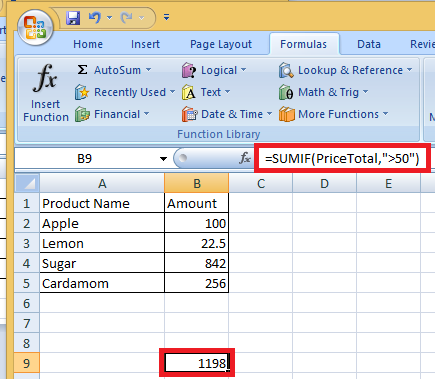 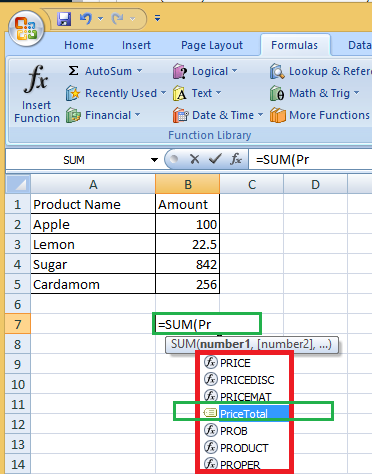 As you can see that after just typing Pr, a drop-down list for the available options(formula & named Range) is pooped up.

When generating Named Ranges in Excel, you should be aware of the following naming conventions:

Name Rows and Columns in Excel:

You may find yourself producing a lot of Named Ranges in Excel when working with large data sets and complex models. It is possible that you can’t recall the name of the Named Range you made. What to do then?

1. Getting the Names of All the Named Ranges 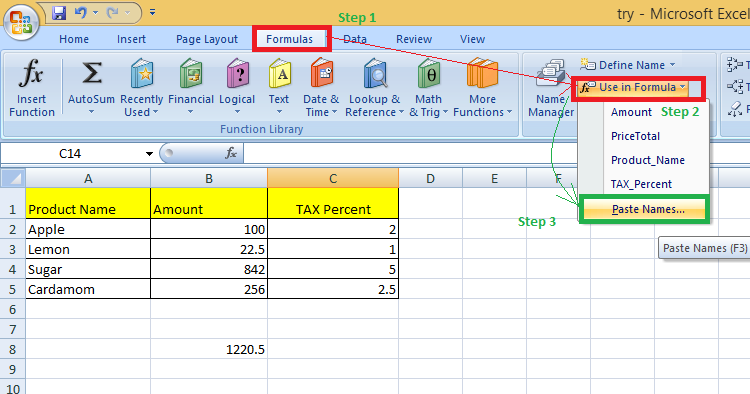 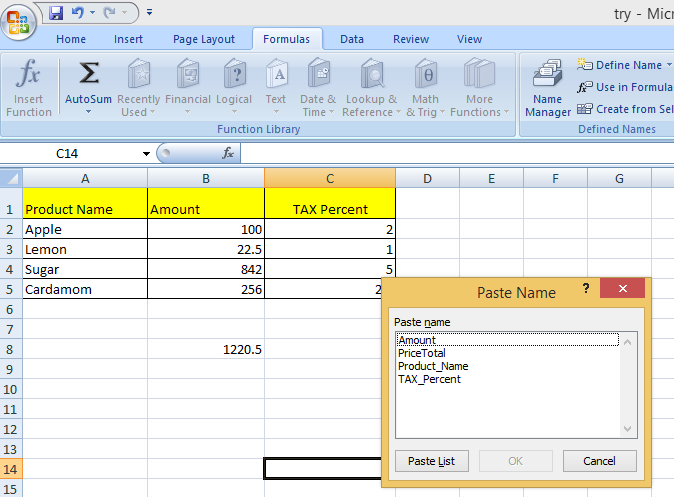 As discussed earlier, type a few initial characters, if you have some glimpse about the Name, and a drop-down list of matching ones will be shown.

Editing the Named Range in Excel : 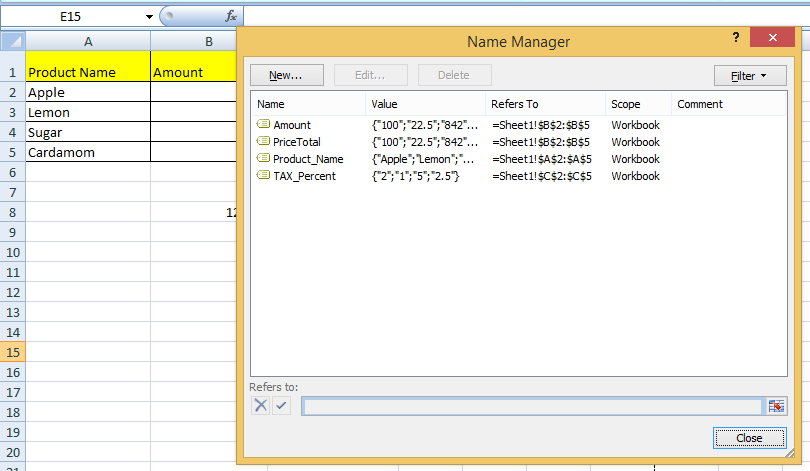 Here when we double-click Amount, the edit window for the same get open & we rename that named range from Amount to any other name. 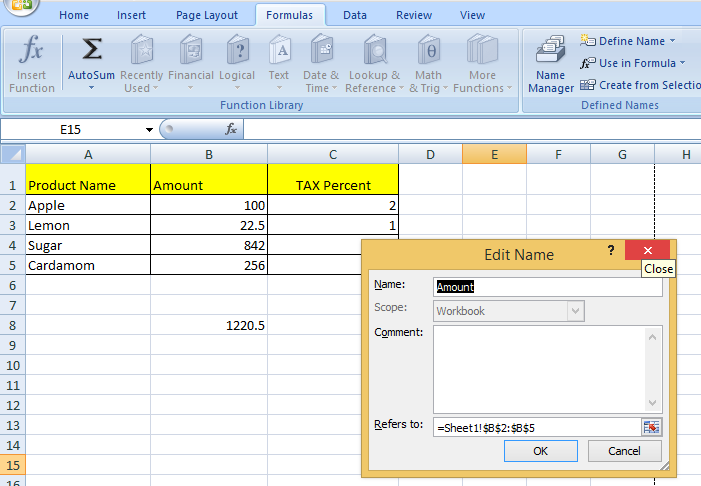 When dealing with Named Ranges in Excel, the following keyboard shortcuts can come in use frequently :