Initially, suppose all flip-flops are reset. 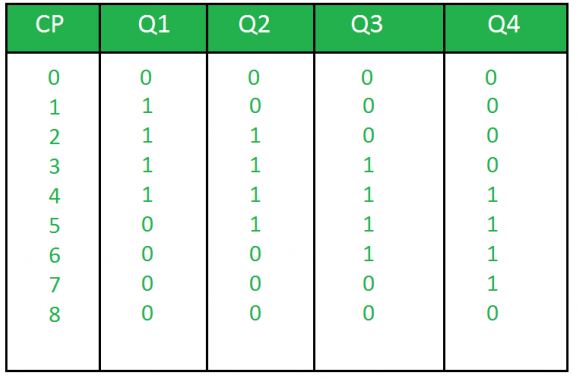