N-Base modified Binary Search is an algorithm based on number bases that can be used to find an element in a sorted array arr[]. This algorithm is an extension of Bitwise binary search and has a similar running time.

Approach: The index for the target element is searched by adding powers of base (any positive integer starting from 2) to a sum (initially 0). When such a power is found, calculation is made to count the number of times it can be used to find the target index, and that value is added with the sum. The part of counting how many times a power can be used is similar to the “Bitwise binary search” from the binary search article.

While iteration is complete check if the value at final index is same as target or not. If it is not, then the value is not present in the array.

Illustration: See the illustration below for better understanding. 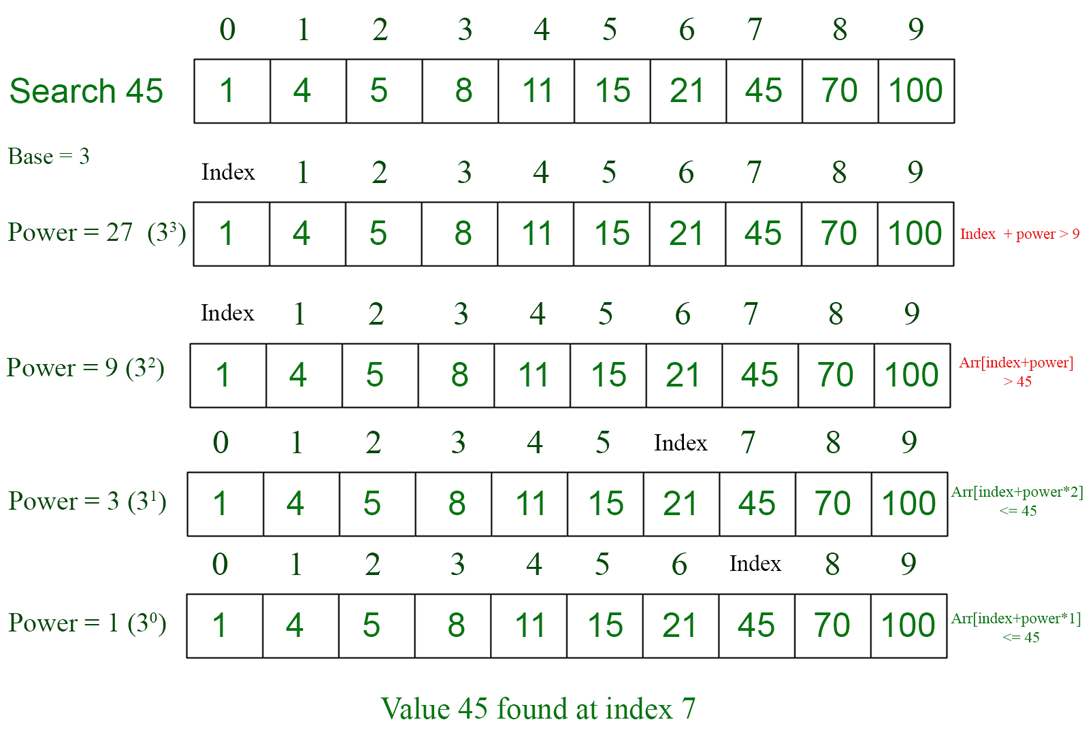 Below is the implementation of the above approach (in comparison with a classic binary search algorithm):