Multiplexing –
Gathering data from multiple application processes of the sender, enveloping that data with a header, and sending them as a whole to the intended receiver is called multiplexing.

Demultiplexing –
Delivering received segments at the receiver side to the correct app layer processes is called demultiplexing.

Multiplexing and demultiplexing are the services facilitated by the transport layer of the OSI model. 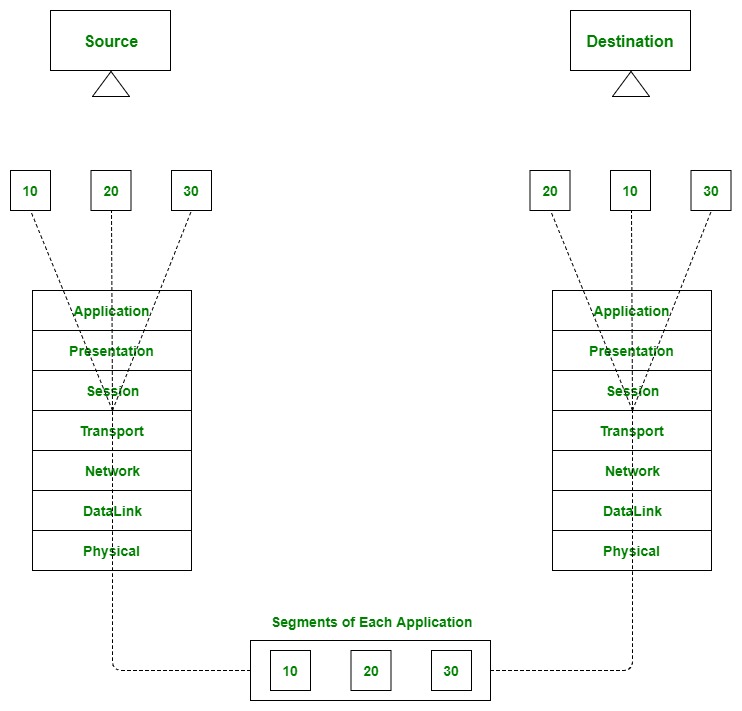 m is shown below :

Figure – Transfer of packet between applications of sender and receiver

Now the messages from both the apps will be wrapped up along with appropriate headers(viz. source IP address, destination IP address, source port no, destination port number) and sent as a single message to the receiver. This process is called multiplexing. At the destination, the received message is unwrapped and constituent messages (viz messages from a hike and WhatsApp application) are sent to the appropriate application by looking to the destination the port number. This process is called demultiplexing. Similarly, B can also transfer the messages to A.