Multilevel Feedback Queue Scheduling (MLFQ) CPU Scheduling is like Multilevel Queue(MLQ) Scheduling but in this processes can move between the queues. And thus, much more efficient than multilevel queue scheduling. 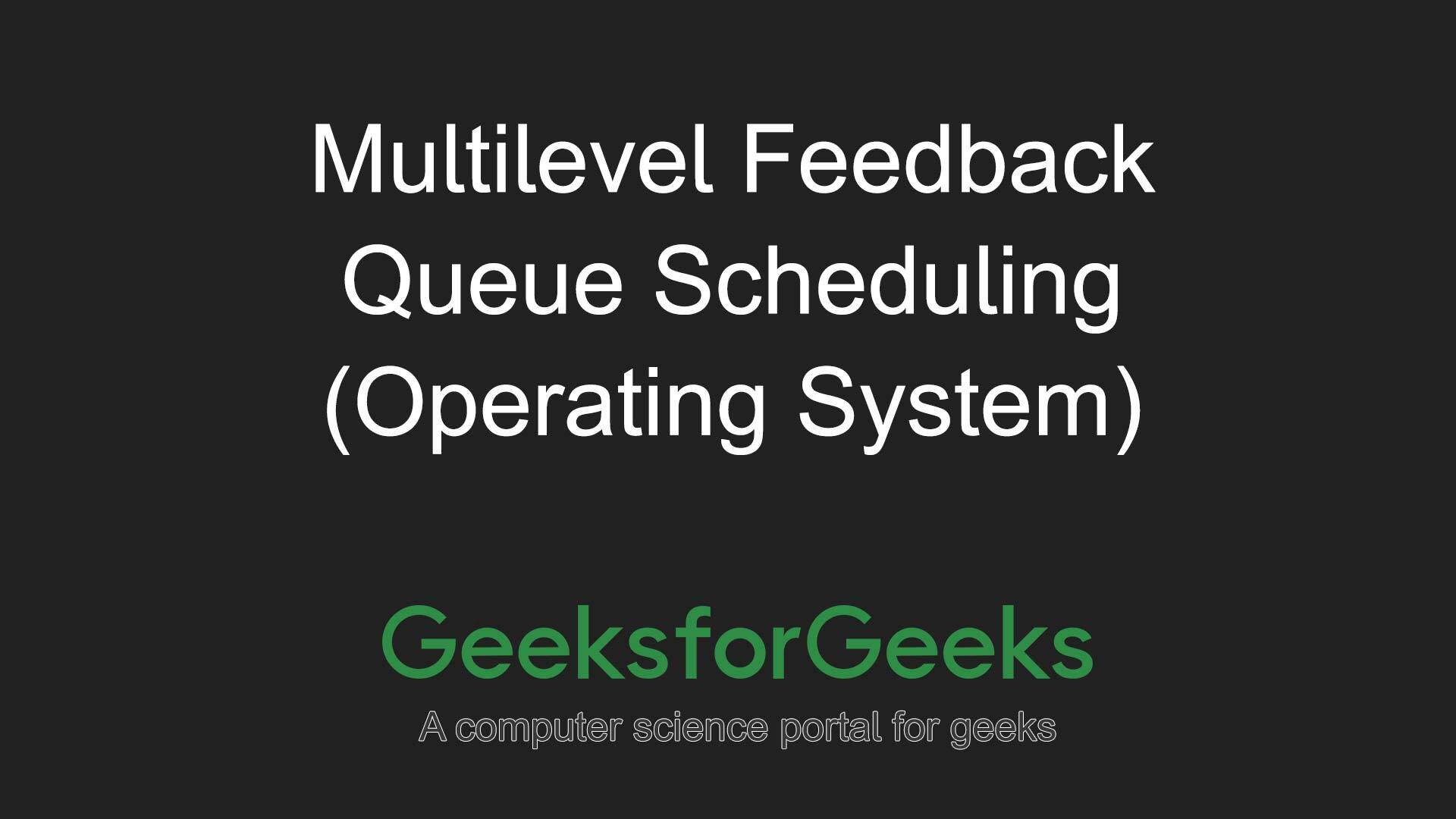 Multilevel feedback queue scheduling, however, allows a process to move between queues. Multilevel Feedback Queue Scheduling (MLFQ) keeps analyzing the behavior (time of execution) of processes and according to which it changes its priority.

Now, look at the diagram and explanation below to understand it properly. 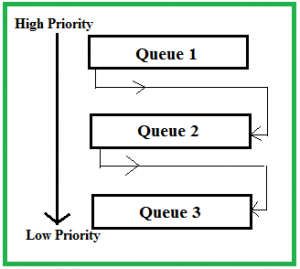 Now let us suppose that queues 1 and 2 follow round robin with time quantum 4 and 8 respectively and queue 3 follow FCFS.

Implementation of MFQS is given below –

Well, the above implementation may differ for example the last queue can also follow Round-robin Scheduling.

Problems in the above implementation: A process in the lower priority queue can suffer from starvation due to some short processes taking all the CPU time.

Solution: A simple solution can be to boost the priority of all the processes after regular intervals and place them all in the highest priority queue.

What is the need for such complex Scheduling?

Example: Consider a system that has a CPU-bound process, which requires a burst time of 40 seconds. The multilevel Feed Back Queue scheduling algorithm is used and the queue time quantum ‘2’ seconds and in each level it is incremented by ‘5’ seconds. Then how many times the process will be interrupted and in which queue the process will terminate the execution?