In the following code, we have to handle two different exceptions but take the same action for both. So we needed to have two different catch blocks as of Java 6.0.

Starting from Java 7.0, it is possible for a single catch block to catch multiple exceptions by separating each with | (pipe symbol) in the catch block.

Catching multiple exceptions in a single catch block reduces code duplication and increases efficiency. The bytecode generated while compiling this program will be smaller than the program having multiple catch blocks as there is no code redundancy.

Note: If a catch block handles multiple exceptions, the catch parameter is implicitly final. This means we cannot assign any values to catch parameters. 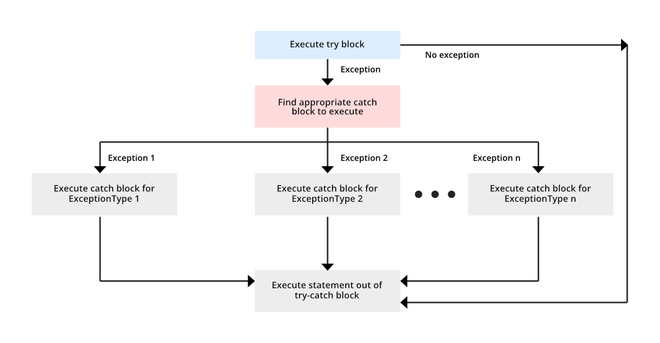 A catch block that handles multiple exception types creates no duplication in the bytecode generated by the compiler. That is, the bytecode has no replication of exception handlers.

1. If all the exceptions belong to the same class hierarchy, we should be catching the base exception type. However, to catch each exception, it needs to be done separately in their catch blocks.

2. Single catch block can handle more than one type of exception. However, the base (or ancestor) class and subclass (or descendant) exceptions can not be caught in one statement. For Example

3. All the exceptions must be separated by vertical bar pipe |.

This article is contributed by Aparna Vadlamani. If you like GeeksforGeeks and would like to contribute, you can also write an article and mail your article to review-team@geeksforgeeks.org. See your article appearing on the GeeksforGeeks main page and help other Geeks. Please write comments if you find anything incorrect, or you want to share more information about the topic discussed above

Previous
Infinity or Exception in Java when divide by 0?
Next
Chained Exceptions in Java
Related Articles
1. Catch block and type conversion in C++
2. Flow control in try catch finally in Java
3. Using throw, catch and instanceof to handle Exceptions in Java
4. Try, catch, throw and throws in Java
5. Java Program to use Catch to Handle the Exception
6. The Initializer Block in Java
7. Method and Block Synchronization in Java
8. Instance Initialization Block (IIB) in Java
9. Initialization of local variable in a conditional block in Java
10. Static Block and main() method in Java
Article Contributed By :