Multi threading-It is a process of multiple threads executes at same time.

Many operating systems support kernel thread and user thread in a combined way. Example of such system is Solaris. Multi threading model are of three types.

Many to Many Model

It is the best multi threading model. 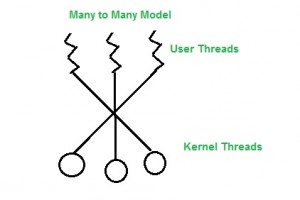 Many to One Model

The thread management is done on the user level so it is more efficient. 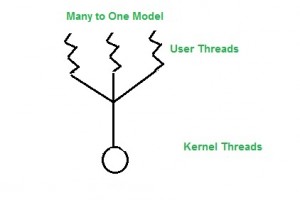 One to One Model
In this model, one to one relationship between kernel and user thread. In this model multiple thread can run on multiple processor. Problem with this model is that creating a user thread requires the corresponding kernel thread.

As each user thread is connected to different kernel , if any user thread makes a blocking system call, the other user threads won’t be blocked. 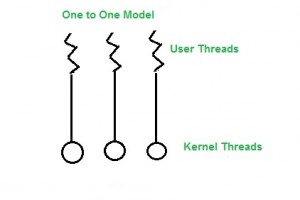