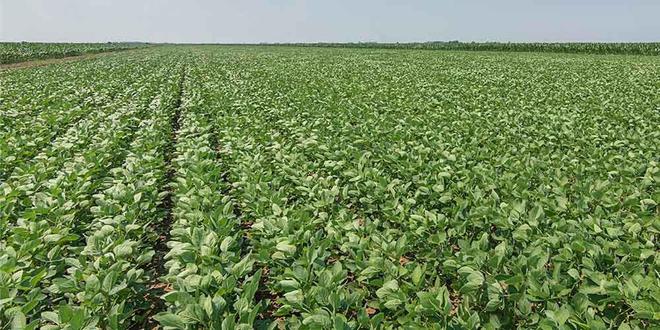 What is a Monoculture Plantation?

In simple terms, a monoculture plantation can be better understood as a cropping pattern that involves sowing only one type of crop at a time on agricultural land. It’s just the reverse of polyculture farming which involves sowing multiple crops at a time in a given proportion of the agricultural land. However, it also applies to farm animals, like breeding the same category of animals at a time for example only pig, cow, chicken, or sheep.

Punjab has an approximate cropped area of 78.30 hectares out which more than 60 hectares of land is cultivated with wheat or paddy

Advantages and Disadvantages of Monoculture Farming:

Monoculture plantation turns out to be the main reason behind the water shortage during summers in the outskirts of punjab.

In India, monoculture plantations are being practiced in many regions, mainly in Punjab and Madhya Pradesh. In these states, many farmers only sow wheat; thus, these two states stand out as the largest wheat producers in India. It also benefits the Indian economy as the agricultural sector contributes around 20 % of the total GDP of India. However, in many cases, it has also been observed that due to some shifts in global trends the demand for crops is unstable and increases or decreases. Thus only relying on the monoculture plantation won’t work out for the Indian economy, thus Government promotes monoculture farming in high-demand crops such as wheat, rice, and paddy.

Problem with the Monoculture Plantation in Punjab:

The monoculture plantation is mainly practiced in Punjab and wheat and Paddy account for more than 84% of the total crops produced in the farm fields of Punjab. Punjab is one of the other most agriculturally rich states of India and thus only growing a single crop in such large farmlands leads to soil erosion, reduction in the soil quality, and providing a lesser variety of crops to the Indian market. Growing the same crop again and again on the same field results in a decrease in the amount of nitrogen present in the soil. Also, the crops like wheat and paddy require much water for irrigation and cultivation, thus resulting in a shortage of groundwater levels in the summers.

The Punjab Preservation of Subsoil Water Act, of 2009 was enacted to conserve groundwater by delaying the plantation of paddy crops in Punjab beyond June 10. This act was successful in bringing up the groundwater level in Punjab by 0.2 Meters. But on the other hand, this law also led to many other problems such as air pollution and increased smog in the nearby regions of Punjab. The delayed sowing of paddy crops led to their harvesting by the end of October or in November beginning. During harvesting the burning of left paddy straws and led to serious air pollution in nearby regions such as New Delhi, NCR, and Noida. Also, the moist air during the winter season absorbs the smoke and results in smog, which blurs vision and leads to road accidents.

Government of India’s initiatives to Deal with the Problems of Monoculture Plantation:

The government of India passed the Punjab Preservation of Subsoil Water Act, 2009, which clearly restricts the translation of paddy before May 15 and June 15. The main reason behind passing this act was to conserve the groundwater and maintain the level of nitrogen in the soil. However, this act allowed the plantation of paddy only in monsoon thus providing a lesser time for cultivation and leading to a delay in harvesting.

Previous
Eco Mark : Bureau of Indian Standards
Next
Mauryan Art and Culture
Related Articles
1. Recession: What it is and causes it?
2. Nominal vs Real Interest Rates
3. What is Net Worth?
4. What is an Asset? Definition, Types, and Examples
5. What Is Gross National Income (GNI)? Definition and Examples
6. What is Equity? How It Works, How to Calculate It, Types
7. Imperialism: Definition, History, Types, & Examples
8. Customer Behavior for Marketing
9. Return on Investment (ROI)
10. What is a Traditional Economy?
Article Contributed By :