Differences between MongoDB and MySQL on various parameters are discussed below:

What are MongoDB and MySQL?

How Data is Stored?

HIERARCHICAL UPPER OF A RECORD

Example: In a table, if there are columns for name, address and there is need to enter ‘age’ in new column in one of the entries, it will not take it as the column is not defined in schema.
This can be achieved in MongoDB, any new field can be inserted irrespective of the schema and is thus known to have dynamic schema. 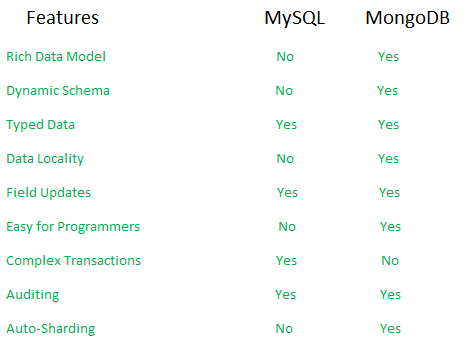 Differences in Terminology
There are differences based on terminology between MongoDB and MySQL. 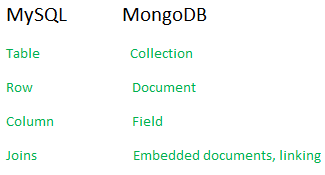 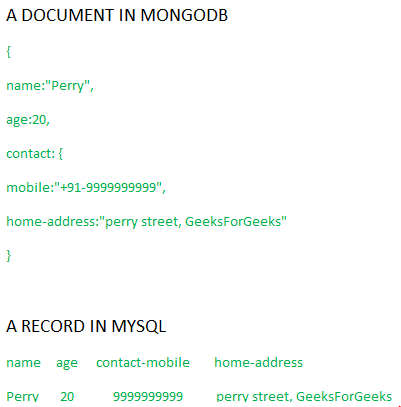