Mobile IP is a communication protocol (created by extending Internet Protocol, IP) that allows the users to move from one network to another with the same IP address. It ensures that the communication will continue without the user’s sessions or connections being dropped. 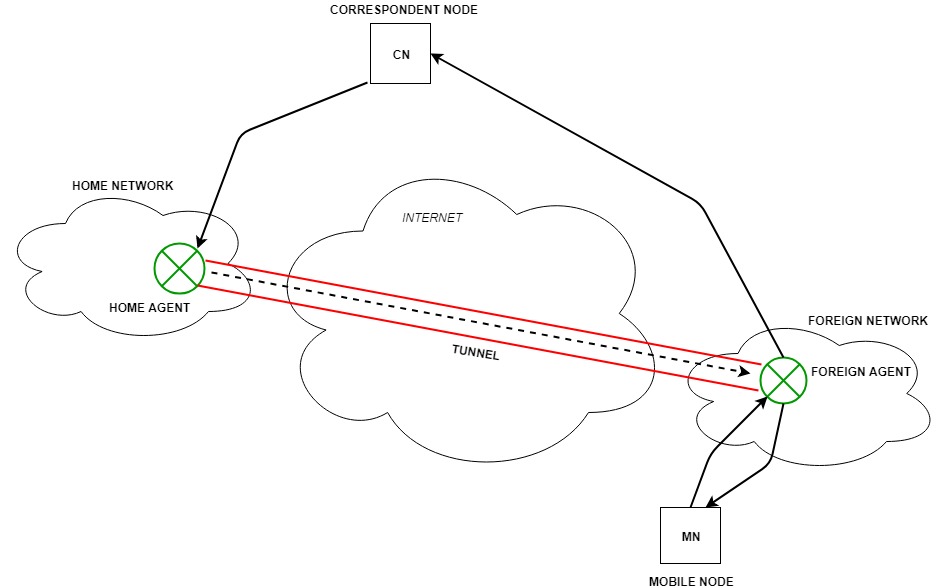 Tunneling establishes a virtual pipe for the packets available between a tunnel entry and an endpoint. It is the process of sending a packet via a tunnel and it is achieved by a mechanism called encapsulation.