XGBoost is an implementation of Gradient Boosted decision trees. This library was written in C++. It is a type of Software library that was designed basically to improve speed and model performance. It has recently been dominating in applied machine learning. XGBoost models majorly dominate in many Kaggle Competitions. In this algorithm, decision trees are created in sequential form. Weights play an important role in XGBoost. Weights are assigned to all the independent variables which are then fed into the decision tree which predicts results. The weight of variables predicted wrong by the tree is increased and the variables are then fed to the second decision tree. These individual classifiers/predictors then ensemble to give a strong and more precise model. It can work on regression, classification, ranking, and user-defined prediction problems. 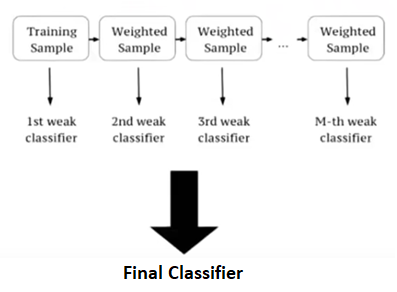 XGBoost Features The library is laser-focused on computational speed and model performance, as such, there are few frills. Model Features Three main forms of gradient boosting are supported:

XGBoost features various optimizations built-in to make the training faster when working with large datasets, in addition to its unique method of generating and pruning trees. Here is a handful of the most significant:

Steps to Install Windows XGBoost uses Git submodules to manage dependencies. So when you clone the repo, remember to specify –recursive option:

For Windows users who use Github tools, you can open the git-shell and type the following command:

Then install XGBoost with pip:

You might need to run the command with –user flag if you run into permission errors.