A Content-Based Recommender works by the data that we take from the user, either explicitly (rating) or implicitly (clicking on a link). By the data we create a user profile, which is then used to suggest to the user, as the user provides more input or take more actions on the recommendation, the engine becomes more accurate. 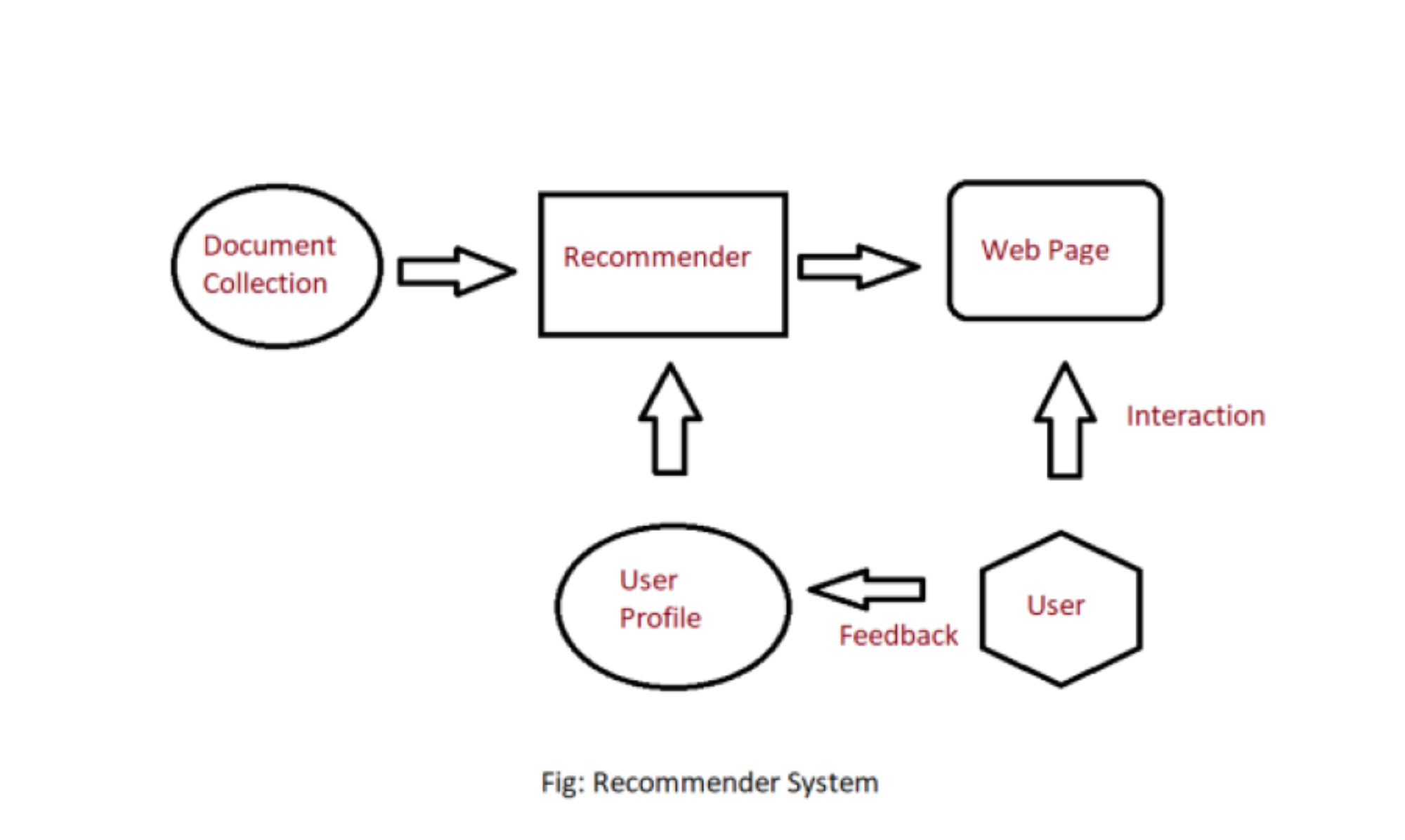 User Profile:
In the User Profile, we create vectors that describe the user’s preference. In the creation of a user profile, we use the utility matrix which describes the relationship between user and item. With this information, the best estimate we can make regarding which item user likes, is some aggregation of the profiles of those items.
Item Profile:
In Content-Based Recommender, we must build a profile for each item, which will represent the important characteristics of that item.
For example, if we make a movie as an item then its actors, director, release year and genre are the most significant features of the movie. We can also add its rating from the IMDB (Internet Movie Database) in the Item Profile.
Utility Matrix:
Utility Matrix signifies the user’s preference with certain items. In the data gathered from the user, we have to find some relation between the items which are liked by the user and those which are disliked, for this purpose we use the utility matrix. In it we assign a particular value to each user-item pair, this value is known as the degree of preference. Then we draw a matrix of a user with the respective items to identify their preference relationship.

Some of the columns are blank in the matrix that is because we don’t get the whole input from the user every time, and the goal of a recommendation system is not to fill all the columns but to recommend a movie to the user which he/she will prefer. Through this table, our recommender system won’t suggest Movie 3 to User 2, because in Movie 1 they have given approximately the same ratings, and in Movie 3 User 1 has given the low rating, so it is highly possible that User 2 also won’t like it.