Step 1: Let’s first create a local function. Pick a folder, and for the language, we’ll pick a custom handler, which can be implemented in any language that supports HTTP calls.

Step 2: Next, we use the HTTP trigger, and we’ll call it “Go Example.” 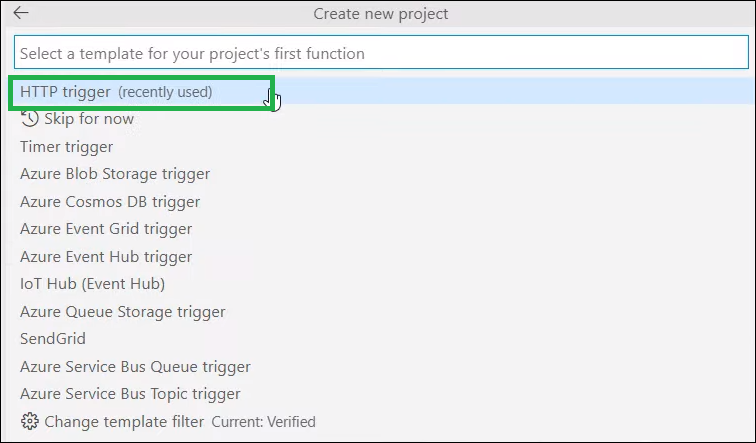 Step 4: Let’s add it to the workspace. And, this is the local function. 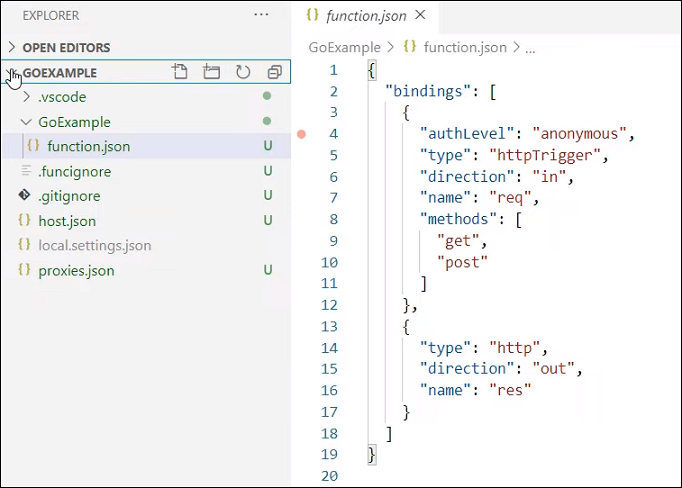 Step 5: Now, we’ll add a new file and we’ll call it “Handler.go.” And, we’ll put the code in it. This is the custom handler. Here, it forwards the HTTP trigger calls to the custom Go handler called “Hello Handler.” It is important that this name there is the same as the name of the function. The custom handler calls the Go code that we want to execute.

Step 6: Open a terminal window. Now, we’ll compile the Go files with this. This produces Handler.exe, which we’ll use. 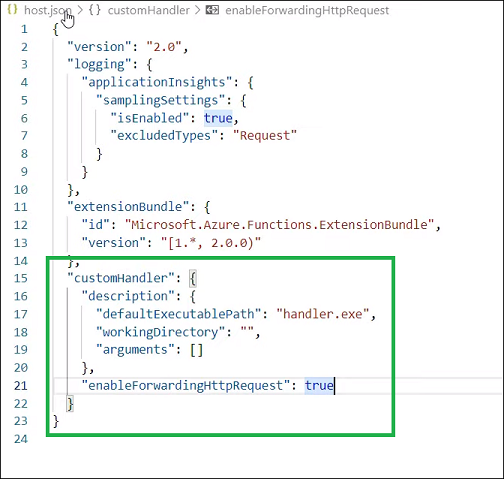 Step 8: Let’s open the terminal again. Now, we’ll run the function. It is running at the URL.

Step 9: Let’s try that in a browser, and we’ll add the name parameter to it, which the code will display. This result comes from code that is executed from the Go code file.

Step 10: Now, let’s publish this to Azure. We’ll start the Wizard, and pick the “Advanced Option.” First, let’s give the function app a name. Now, pick “Custom Handler” again, and we’ll use Windows as the OS. Then, pick a resource group, and now pick a storage account. It’s creating the function app in Azure and deploying the code to it. And, in the new function app in Azure. Right-click and click “Browse” to open it in a browser.

Step 11: Now, let’s call the API endpoint and add the name parameter to it.

You can now use Azure Functions to trigger code in any language with the custom handlers feature.