Memory Hierarchy Design and its Characteristics

In the Computer System Design, Memory Hierarchy is an enhancement to organize the memory such that it can minimize the access time. The Memory Hierarchy was developed based on a program behavior known as locality of references.The figure below clearly demonstrates the different levels of memory hierarchy : 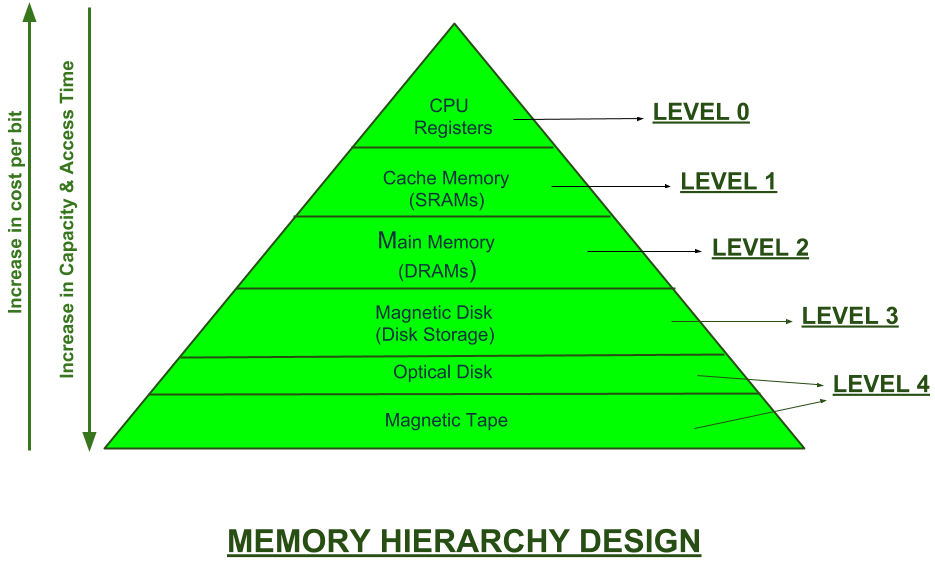 This Memory Hierarchy Design is divided into 2 main types:

We can infer the following characteristics of Memory Hierarchy Design from above figure:

According to the memory Heirarchy, the system supported memory standards are defined below: