There are a number of trigonometric equations and identities that denote the relationship between the functions and help to find the angles. In this article, we will study the concept of a triangle, trigonometric ratios, and functions along with various angles and measurement degrees.

Angles of the triangle:

Where a is the perpendicular side, b is base, and c is the hypotenuse side

Note: Pythagoras theorem is only applicable to Right-Angled triangles.

Given: A right-angled triangle ABC, whose right angle is at B.

Construction: Construct a line from angle B to the line AC such that it makes a angle of 90° with AC. 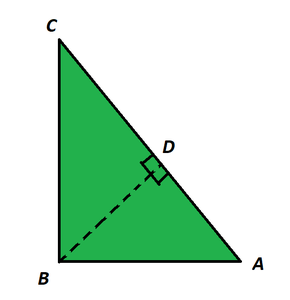 Trigonometric Table: The trigonometric table is basically a systematic collection of values of trigonometric functions (sin, cos, tan, cot, sec and cosec) on standard angles including 0°, 30°, 45°, 60°, 90°. However, other angles can also be found by using this table.

Pythagorean identity are those identities which are used in showing the Pythagorean theorem in the terms of trigonometric functions.

The cofunction identities indicates the relationship between sin, cos, tan, cot, sec and cosec. The value of a trigonometric function of an angle is equal to the value of the cofunction of the complement. You should remember this ‘that a complement is defined as two angles whose sum is 90°’.

Double, means when the size of the angle gets double of the previous.

There are two units of measure for angles namely:

one degree = rotation of (1/360)th of a complete revolution 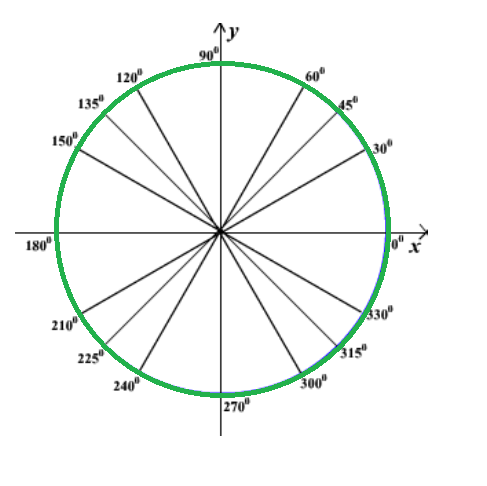 We can also measure an angle using radian. A radian measure is the ratio of the length of a circular arc to the radius of the arc. Since radian it is the ratio of a length to the length, a result is a pure number that does not need any unit symbol.

1 radian = Angle subtended by an arc of unit length at the centre point of the circle. 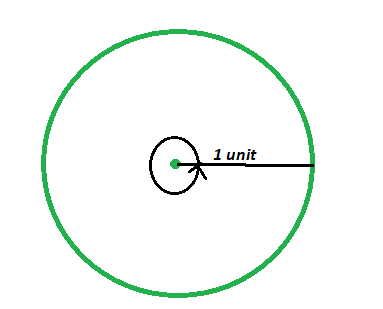 Relationship between Degrees, and Radians:

As we know that a circle subtends at its centre an angle whose measure is 2π radians as well as 360°.

The below table shows the relationship between degree, radian, and revolution:

As we know that,

By Using the above formula

By Using the above formula,

Question 6. A right-angled triangle ABC, right-angled at B, hypotenuse AC = 10 cm, base BC = 2 cm and perpendicular AB = 5 cm and if ∠ACB = θ, then find the value all the trigonometric ratios.

Given that in triangle ABC

We have to find cot θ

As we know that cot θ = cosθ/sinθ

We have to find cosec θ

Given that in triangle ABC

We have to find tan θ

As we know that tan θ = sinθ /cosθ