Suppose an event can occur several times within a given unit of time. When the total number of occurrences of the event is unknown, we can think of it as a random variable. This random variable follows the Poisson Distribution. The Poisson distribution is a limiting case of the Binomial distribution when the number of trials becomes very large and the probability of success is small.
As we know from the previous article the probability of ‘x’ success in ‘n’ trials in a Binomial Experiment with success probability ‘p’, is-

Let us denote the Expected value of the Random Variable by 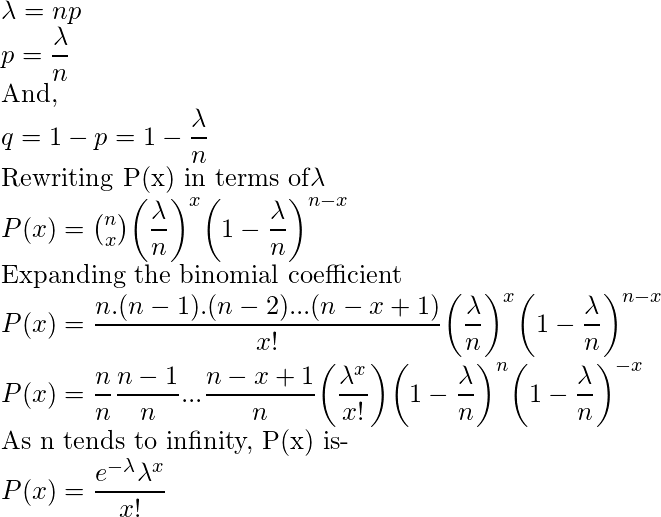 The Expected Value of the Poisson distribution can be found by summing up products of Values with their respective probabilities. 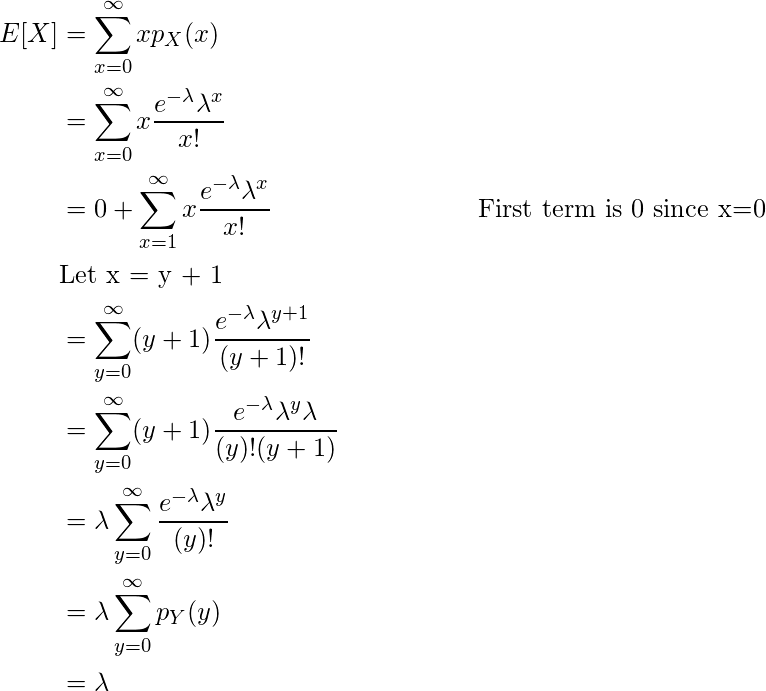 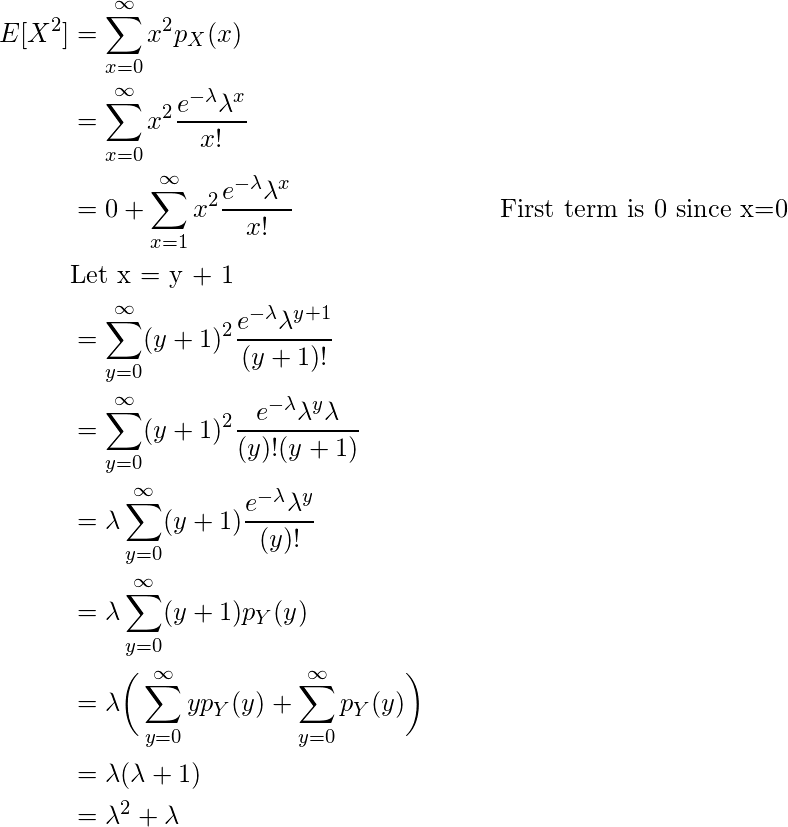 Therefore we have Variance as-

and it is independent of previous occurrences.