In probability theory and statistics, a probability distribution is a mathematical function that can be thought of as providing the probabilities of occurrence of different possible outcomes in an experiment. For instance, if the random variable

is used to denote the outcome of a coin toss (“the experiment”), then the probability distribution of

would take the value 0.5 for

= tails (assuming the coin is fair).
Probability distributions are divided into two classes –

of a real-valued random variable X, or just distribution function of

, is the probability that

will take a value less than or equal to

.
For a discrete Random Variable,

For a continuous Random Variable,

restricted to a finite interval

has a constant density over this interval.
The Uniform probability distribution function is defined as- 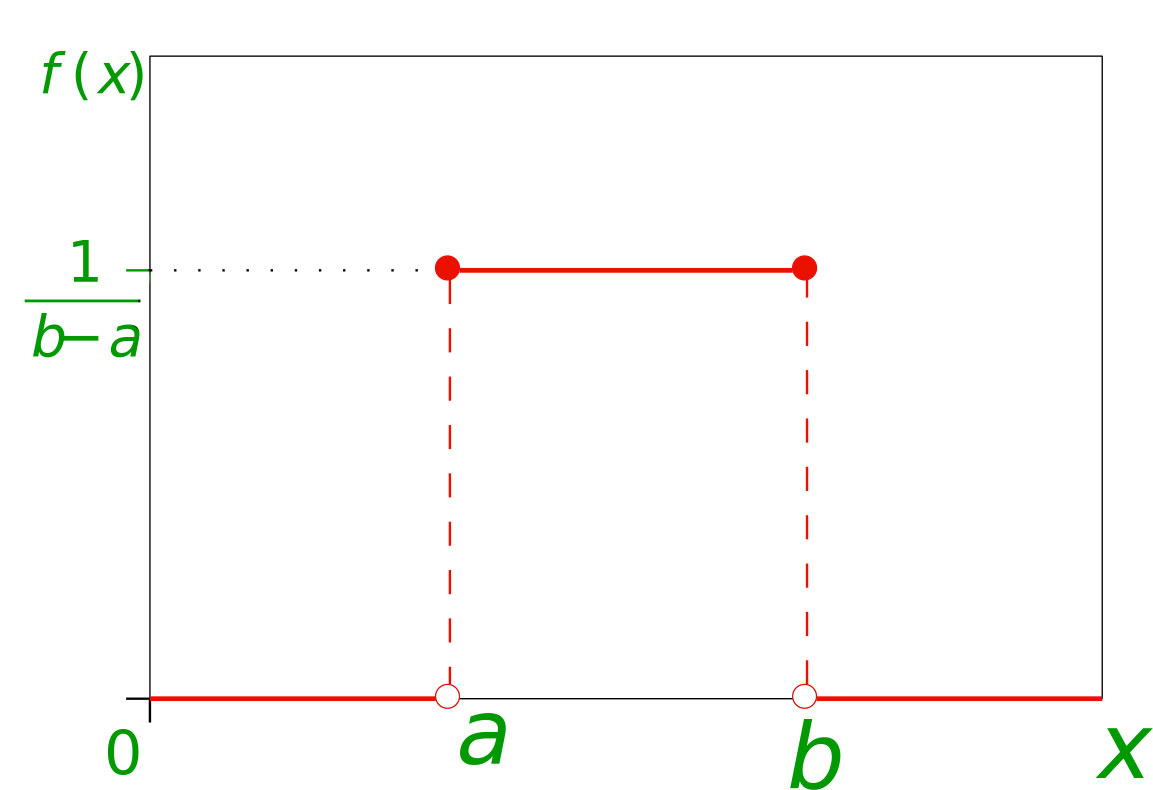 Variance- Using the formula for variance-

Using this result we get – 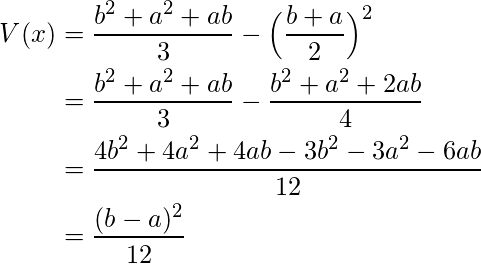 Standard Deviation – By the basic definition of standard deviation,