Below is a demo for all types of Buttons that we are going to create in this project.

Why MDC Buttons in Android?

Before going to implement all types of Button let’s understand why choosing these material components over ordinary inbuilt components in android? Please refer to the following points to understand this.

Include google material design components dependency in the build.gradle file. After adding the dependencies don’t forget to click on the “Sync Now” button present at the top right corner.

Note that while syncing your project you need to be connected to the network and make sure that you are adding the dependency to the app-level Gradle file as shown below. 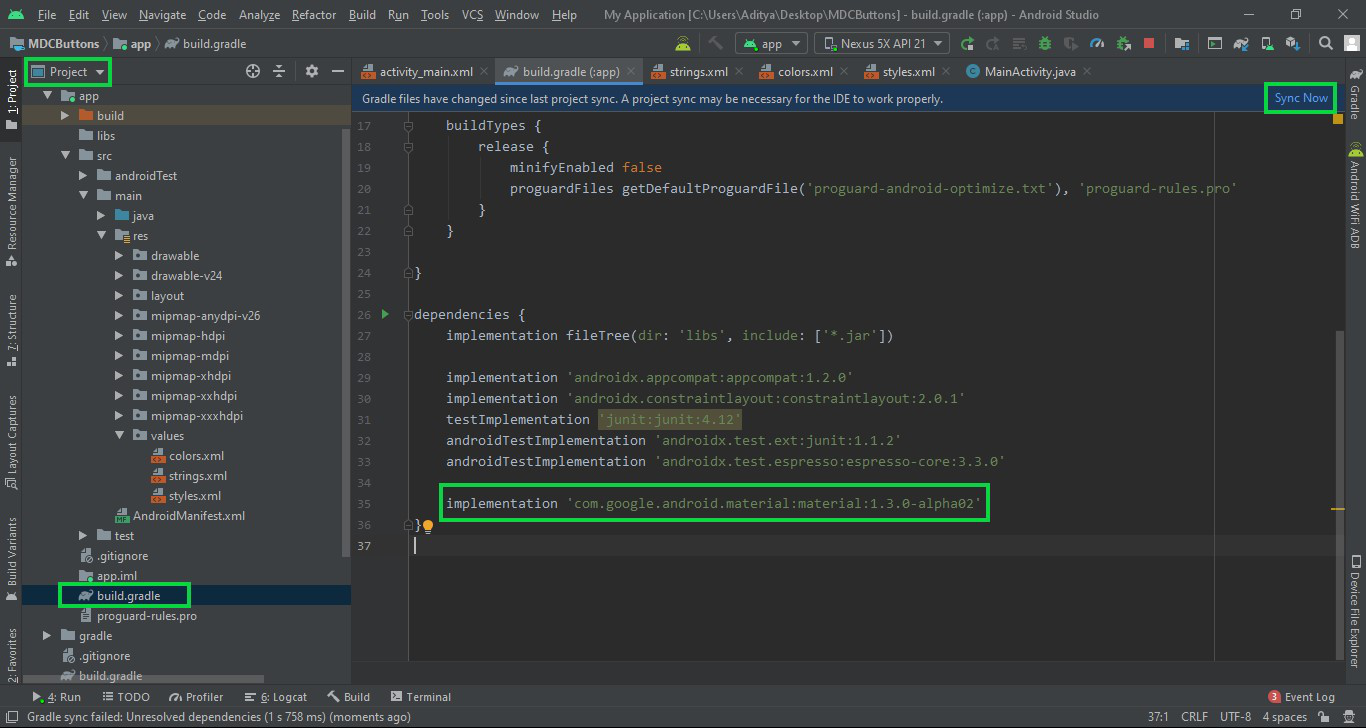 Step 3: Change the Base application theme

Why the theme needs to be changed:

Let’s discuss why we need to change the action bar theme to the material theme of the app to invoke all the Google MDC widgets in our android application:


If you are unable to get the things in the step mentioned above you may refer to this image. 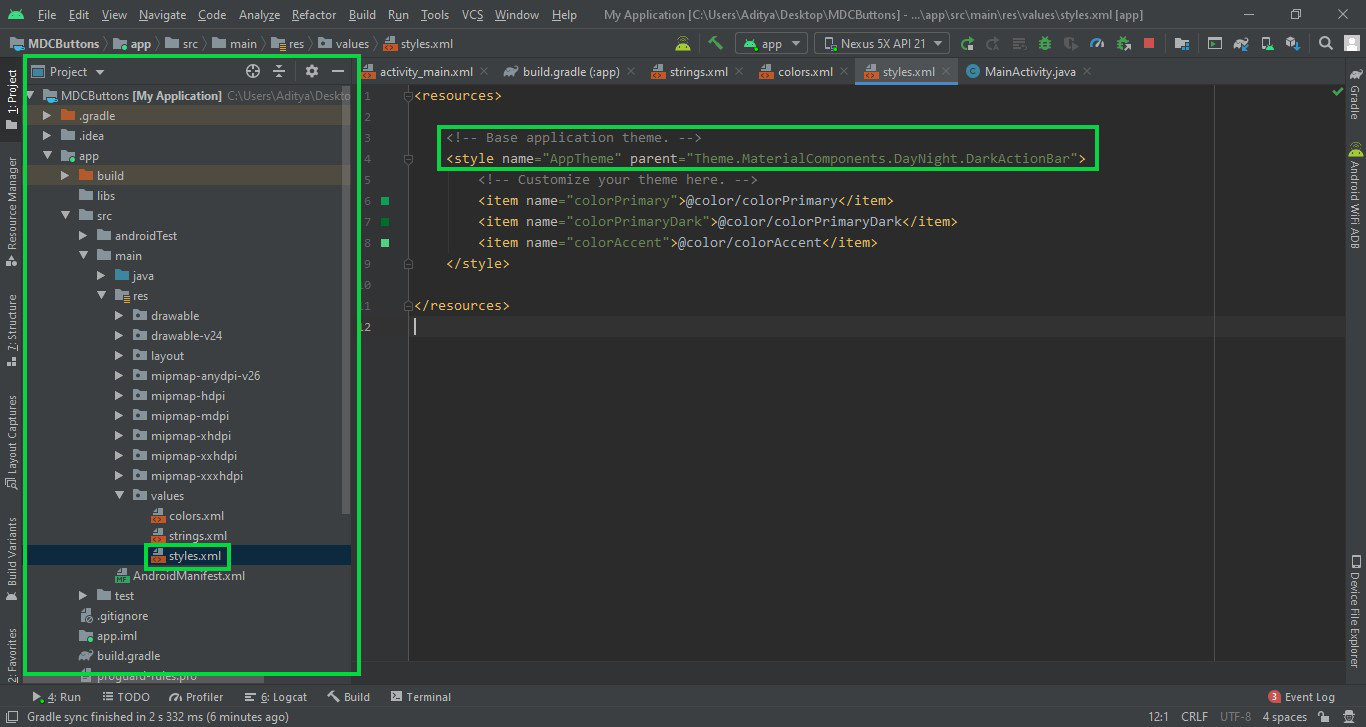 Step 4: Change the colors of the application


If you are unable to get the things in the step mentioned above you may refer to this image. 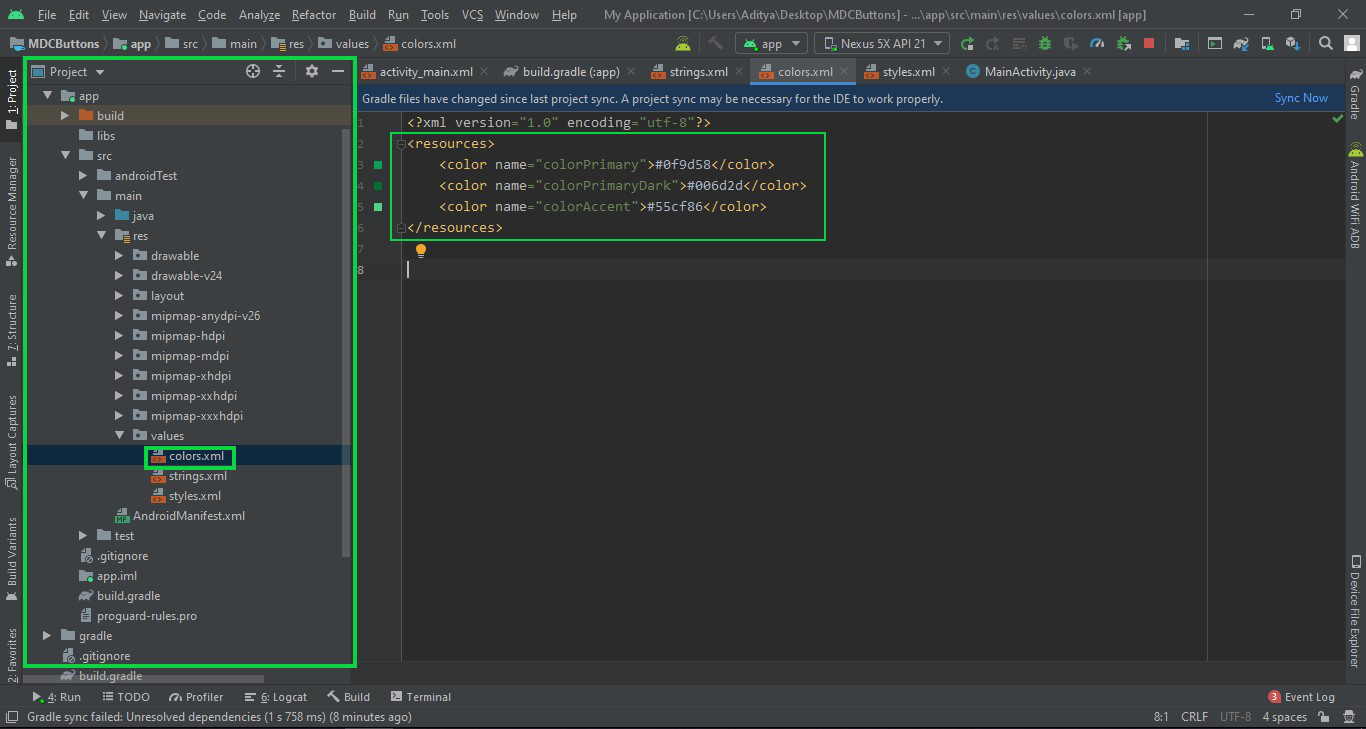 Now in this file, we are going to design the material button as the user requirements. Note that for each of the Button styles the “style” attribute is different.

Outlined buttons are medium-emphasis buttons. They contain actions that are important but aren’t the primary action in an app. These are used for more emphasis than text buttons due to the stroke. Below is the XML code for the Outlined button.

Toggle buttons group a set of actions using layout and spacing. They’re used less often than other button types. There are 2 types of Toggle Buttons in Google Material Design Components.

Before going to the design part do some pre-task to implement these two buttons. As now the styles and the attributes like padding and margin of the buttons in the toggle group needs to be changed so in the values folder open styles.xml and invoke the following code:

To emphasize groups of related toggle buttons, a group should share a common container. Below is the XML code for the Toggle button. 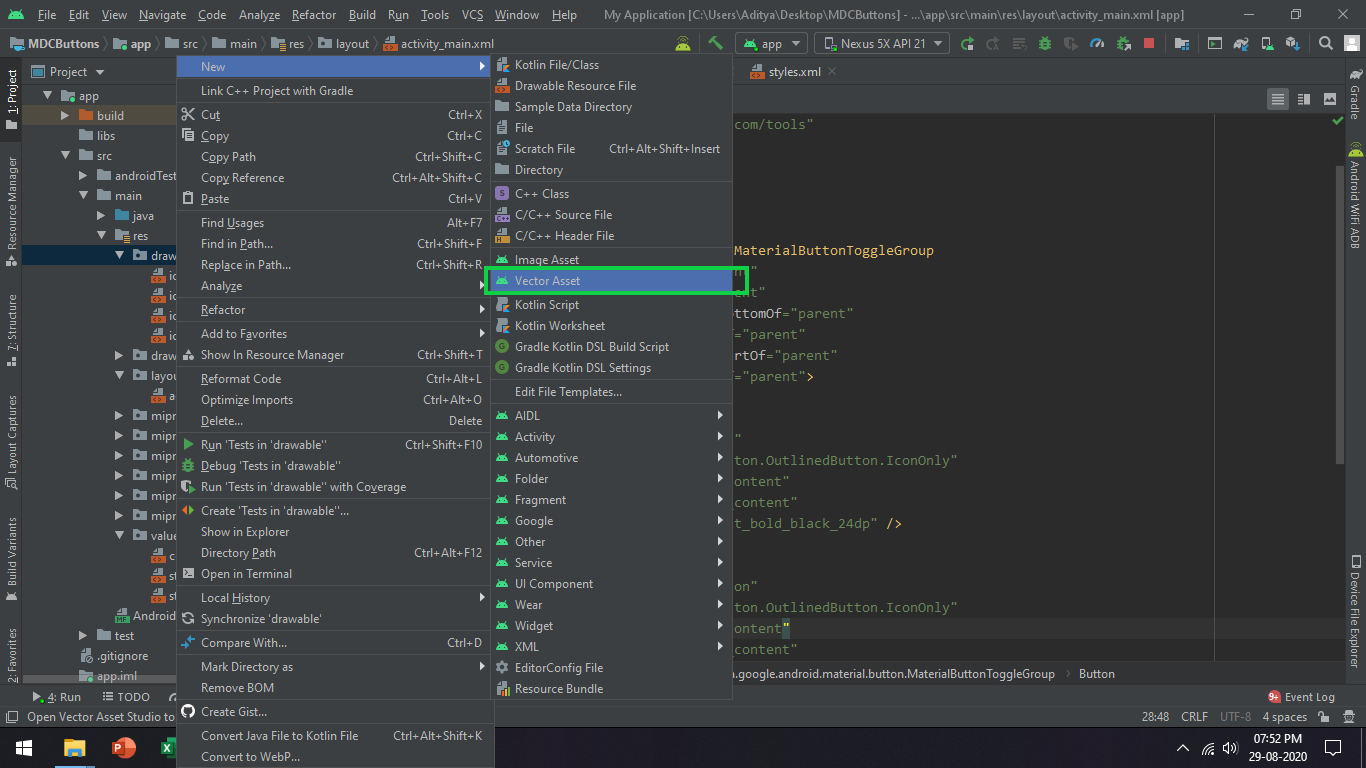 After clicking on Vector Asset select the icon you want to import to the drawable folder as shown below. 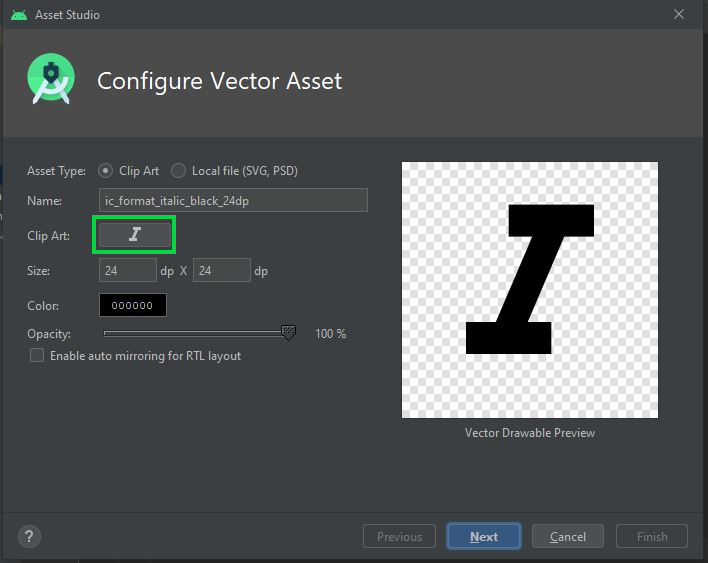 After importing the desired icons invoke the code in the activity_main.xml file. Below is the XML code for the Toggle button with icons.

For more information and more components like alert dialogue, SnackBars, etc., you may refer to the official documentation here. For more other resources and for more themes and customization you may visit and refer this.