MapReduce is a programming model used to perform distributed processing in parallel in a Hadoop cluster, which Makes Hadoop working so fast. When you are dealing with Big Data, serial processing is no more of any use. MapReduce has mainly two tasks which are divided phase-wise:

Let us understand it with a real-time example, and the example helps you understand Mapreduce Programming Model in a story manner:

For Simplicity, we have taken only three states. 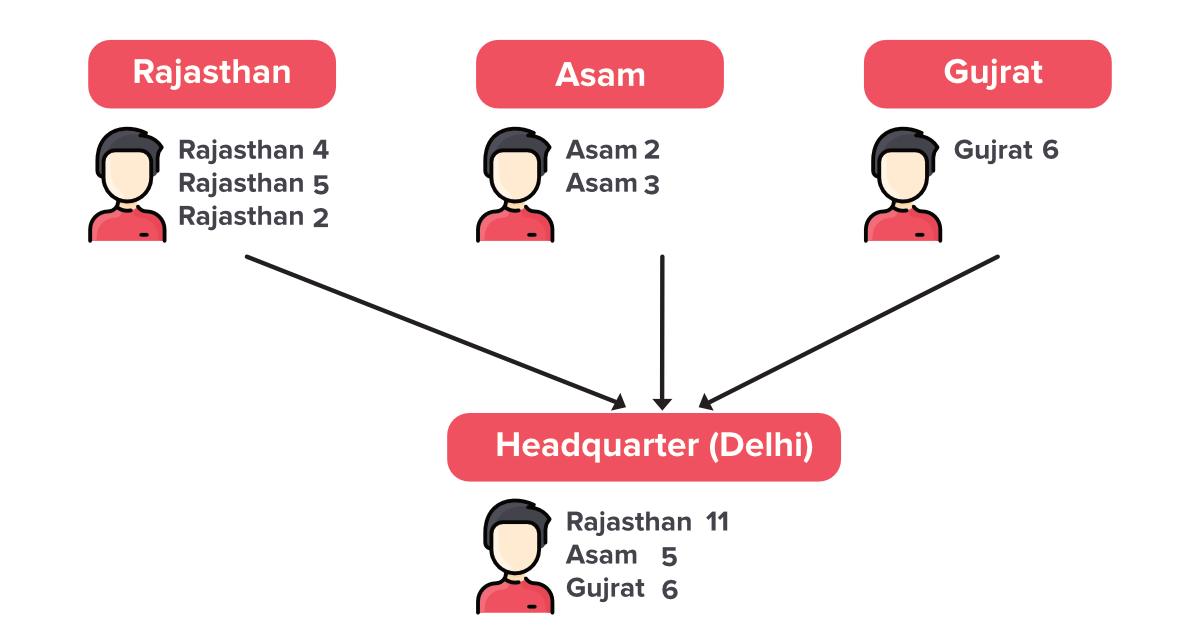 This is a simple Divide and Conquer approach and will be followed by each individual to count people in his/her state.

Now let’s discuss the phases and important things involved in our model.

1. Map Phase: The Phase where the individual in-charges are collecting the population of each house in their division is Map Phase.

2. Reduce Phase: The Phase where you are aggregating your result

3. Shuffle Phase: The Phase where the data is copied from Mappers to Reducers is Shuffler’s Phase. It comes in between Map and Reduces phase. Now the Map Phase, Reduce Phase, and Shuffler Phase our the three main Phases of our Mapreduce.