Once the resource manager’s scheduler assign a resources to the task for a container on a particular node, the container is started up by the application master by contacting the node manager. The task whose main class is YarnChild is executed by a Java application .
It localizes the resources that the task needed before it can run the task. It includes the job configuration, any files from the distributed cache and JAR file. It finally runs the map or the reduce task. Any kind of bugs in the user-defined map and reduce functions (or even in YarnChild) don’t affect the node manager as YarnChild runs in a dedicated JVM. So it can’t be affected by a crash or hang.
All actions running in the same JVM as the task itself are performed by each task setup. These are determined by the OutputCommitter for the job. The commit action moves the task output to its final location from its initial position for a file-based jobs. When speculative execution is enabled, the commit protocol ensures that only one of the duplicate tasks is committed and the other one is aborted. 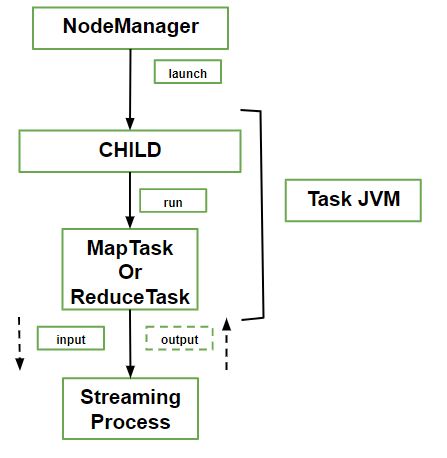