A statistical hypothesis test is a method of statistical inference used to decide whether the data at hand sufficiently support a particular hypothesis. The conventional steps that are followed while formulating the hypothesis test, are listed as follows

Generally, hypothesis testing is performed to estimate the population means and population proportion, in this article let us discuss how to perform a two-tailed population proportion test. A lower-tailed test is a one-tail test in which the critical area of a distribution is one-sided (left extreme) and tests whether a sample is less than a specified value. 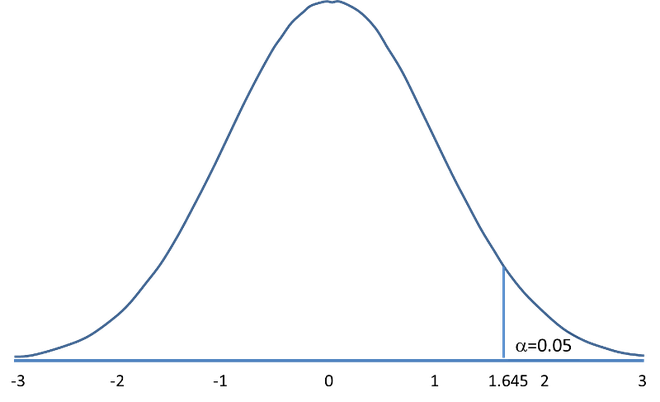 Alternate Hypothesis: The % of students who attended the Annual day function is greater than or equal to 70%.  p != po

Let us define the test statistic as follows

Let us compute the test statistic as shown below,

From the test results, we can conclude that The test statistic -1.08012344 is not less than the critical value of -1.6449. Hence, at the 0.05 significance level, we fail to reject the null hypothesis that the proportion of students who attended the Annual day function in the population is above 70% this year.