LOADng is an acronym for Lightweight On-Demand Ad hoc Distance Vector Routing Protocol – Next Generation. The AODV (Ad hoc On-Demand Distance Vector) routing protocol, which is essentially a distance vector routing technique, served as inspiration for this protocol. Unlike AODV, LOADng was designed as a reactive protocol with the constraints of Mobile Ad hoc Networks in mind (MANETs). The LOADng process begins with a LOADng router initiating route discovery through the creation of route requests (RREQs). The router sends packets to its closest connected neighbors, who in turn send packets to their one-hop neighbors. This procedure is repeated until the desired location has been reached. The destination sends a route reply (RREP) packet to the RREQ originating router after receiving the RREQ packet. The route error (RERR) messages are created and forwarded to the origin router as a continuation of a route between the origin and the destination is discovered to be down.

The AODV protocol only creates routes between nodes if source nodes request them. As a result, AODV is regarded as an on-demand algorithm, as it generates no additional traffic for communication over connections. The routes are maintained for as long as the sources demand them. They also construct trees to link members in multicast groups. To maintain route freshness, AODV employs sequence numbers. They’re self-starting and loop-free, and they can scale to a large number of mobile nodes. Networks in AODV remain quiet until connections are made. Network nodes in need of connections broadcast a connection request. The remaining AODV nodes forward the message and keep track of which node made the connection request. As a result, a series of temporary routes back to the asking node is created.

The working of the LOADng protocol is described below: 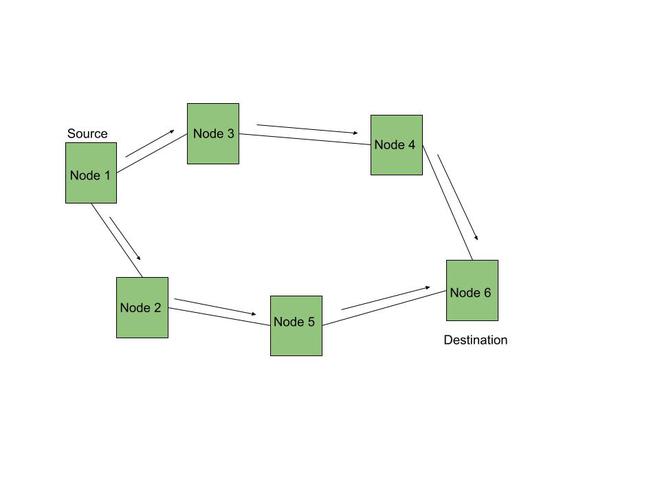 Principle of Operation of LOADng: