All plants belong to the kingdom Plantae. They are multicellular, eukaryotic, and autotrophic creatures. A stiff cell wall is present in each plant cell. Chloroplasts and the pigment chlorophyll are present in plants, which are necessary for photosynthesis. Bryophytes, Algae, Pteridophyte, Angiosperms, and also the gymnosperms make up the plant kingdom.

Gross superficial morphological characteristics were used in artificial classification systems, which were mostly based on vegetative characteristics or the androecium structure. Natural affinities among the creatures served as the foundation for natural classification systems, which take into account both internal and exterior characteristics. Based on evolutionary links between distinct animals, phylogenetic classification systems hold that species pertaining to the same taxonomy share a common ancestor. Depending on any and all detectable qualities, numerical taxonomy assigns numbers and codes to each character before processing the data. Based on cytological data such as chromosomal number, structure, and behavior, cytotaxonomy. The chemical components of the plant serve as the foundation for chemotaxonomy.

The words “Bryon,” which means mosses, and “phyton,” which means plants, are the ancestors of the term “Bryophyta.” Embryophytes like moss, liverworts, and hornworts are categorized as Bryophyta. These would be tiny shrubs that thrive in moist, shaded environments. Vascular bundles are absent. They multiply using spore rather than flower and seed. Bryology has been the study of bryophytes.

Bryophyte gametophytes float with just a flagellum, hence the water content is necessary for fertilization. Additionally, the phylum embryo stays joined to the mother plant, which takes care of and feeds it. Little is visible of the sporophyte that emerges from the embryo. The complex sexually mature structure known as the sporangium, wherein meiosis results in haploid spores, is found in bryophytes but lacking from most algae. Life forms share this trait as well.

Bryophyta is further divided into 3 groups: 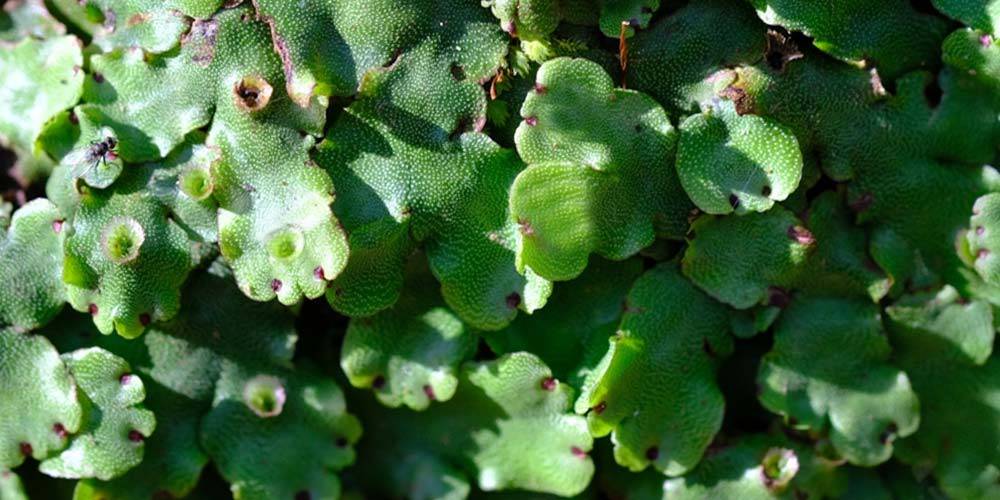 Approximately 9000 different species of small, plants Which would be herbaceous known as liverworts exist. They often have a length of less than 10 cm. The majority of them live in a range of environments, including rocks, trees, footpaths, the soil along riverbanks, etc. They can be found all across the world, but the southern rainforests are where they are most common.

The different types of liverworts include:

There would be asexual and sexual reproduction.

Asexual reproduction occurs in liverworts either by thallus fragmentation or through the development of unique structures known as gemmae. These gemmae grow in the gemma cups, which are tiny receptacles found on the plant body or thallus. They are green, multicellular and the type of asexual buds. These components separate from the parent plant’s body and develop into new individuals.

Usually, the enlargement and spore would divide to create a multicellular protonema marking the beginning of spore germination. While the protonema is reduced to cells in the majority of hornworts and liverworts, it is a highly branching, thread-like structure in mosses. The protonema matures into a plant capable of producing gametes.

The male and female sex organs are generated on either the same or distinct thalli during sexual reproduction. Here, the seta, capsule, and foot evolved from the sporophyte. After meiosis, spores are often formed inside the capsule. A free-living gametophyte develops when these spores germinate. Similar to hornworts, liverworts would be a heteromorphic cycle by having a very short-lived sporophyte that relies on the free-living gametophyte for nourishment.

Question 1: What do you mean by liverworts?

In the past, liver ailments were treated with liverworts. As a result, they were given the name “liverworts,” which literally means “liver plants.” Additionally, their thalloid superficially resembles the liver. Additionally, these plants are crucial in reducing erosion around water bodies.

Question 2: Why bryophytes are called amphibians?

Plant amphibians were known as bryophytes. Water is crucial for both of them to convey gametophytes to female gametes in place to enable breeding, despite the fact that they might survive to thrive on the ground under normal circumstances.

Question 3: Differences between liverworts and mosses regarding leaves?

Gemmae are housed in structures resembling cups called gemmae cups. The gemmae, which are tiny homozygous cell discs, effectively generate new gametophytes. A solitary cell, a group of cells, or a transformed tissue bud known as a gemma (plural gemmae) separates from its progenitor and grows into something like a new entity.

Question 5: What does protonema produce in liverworts?

Seldom observed and normally underground, is the protonema. The protonema develops buds that result in the well-known “leaves” moss plant. The sexual organs of both sexes usually develop close to the ends of “leafy” gametophytes. Most of these are known as archegonia and antheridia, correspondingly. It would have parenchymatous septae

Question 6: Function of the rhizoids?

Rhizoids are typically hyaline, unicellular, and have thin walls. This would play an essential role in nutrient absorption and anchorage.

Previous
Mughal's Relation with Other Rulers
Next
What are the main features of the new Judicial System introduced by Warren Hastings in India?
Related Articles
1. Functions of Insurance
2. Steps in Import Procedure
3. Documents required in Import Transaction
4. Retained Earnings: Meaning, Features, Advantages and Limitations
5. Reserves in Accounting: Meaning, Accounting Treatment, Importance, and Example
6. What is Capital Structure?
7. Types of e-business Risks
8. Scope of e-Business: B2B Commerce| B2C Commerce|C2C Commerce|Intra B-Commerce
9. Role of Commerce and Industry Associations in Promotion of Internal Trade
10. What are Chain or Multiple Stores?
Article Contributed By :