Node.js relies on various dependencies under the hood for providing various features.

Libuv is one of them, let’s discuss libuv in detail.

Example: If a program is querying the database, the CPU sits idle until the query is processed and the program stays at a halt, thereby causing wastage of system resources. To prevent this, libuv is used in Node.js which facilitates a non-blocking I/O.

Libuv assigns tasks to a pool of worker threads. However, all callbacks that occur on task completion are executed on the main thread.
Note: After Node 10.5 worker threads can also be used to execute JavaScript in parallel. Libuv uses 4 threads by default, but can be changed using the UV_THREADPOOL_SIZE

Libuv maintains an Event queue and event demultiplexer. The loop listens for incoming I/O and emits event for each request. The requests are then assigned to specific handler (OS dependent). After successful execution, registered callback is enqueued in event queue which are continuously executed one by one.
Note: The current time required during entire process is cached by libuv at beginning of each iteration of loop to minimize frequent system calls.

Example: If a network request is made, a callback is registered for that request, and the task is assigned to the handler. Until it is performed other operations carry on. On successful execution/termination, the registered callback is en-queued in the event queue which is then executed by the main thread after the execution of previous callbacks already present in the queue.

File I/O: File I/O is implemented in libuv using a global thread pool on which all loops can queue work. It allows disk to be used in an abstracted asynchronous fashion. It breaks down complex operations into simpler operations to facilitate async-like behavior.

Example: If the program instructs to write a buffer to a specific file, in normal situations, the I/O will be blocked until the operation is successful/terminated. However, libuv abstracts this into an async manner by putting an event notification which would notify about operations success/failure after it is finished, until then the other I/O operations can be performed hassle-free.
Note: Thread-safety is not assured by libuv (with few exceptions)

Unlike event loop, File I/O uses platform-independent mechanisms. There are 3 kinds of async disk APIs that are handled by File I/O: 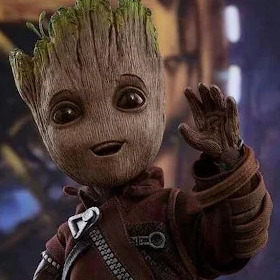