LESS (Leaner Style Sheets) is a simple CSS pre-processor that facilitates the creation of manageable, customizable, and reusable style sheets for websites. It is a dynamic style sheet language that enhances the working power of CSS. LESS supports cross-browser compatibility. CSS pre-processor is a scripting language that improves CSS and gets compiled into regular CSS syntax so that the web browser can use it. It is also a backward-compatible language extension for CSS that provides functionalities like variables, functions, mixins, and operations that enable us to build dynamic CSS.

Description for variables:  The variables in Less.js govern the common values used in a single location, ie, they are known to keep values stored in them and can be used anywhere within the definition of code. LESS allows you to use these variables to change the specific value in the entire code. It might get troublesome when we need to change one particular value in our CSS code, but with the help of variables, it can easily be done.

For example, when using Modernizr, you might want to specify different rules based on supported features:

Example 1: The following example demonstrates the use of Less.js Variables Changing Selector Order in Less.


Now, to compile the above LESS code to CSS code, run the following command:

The compiled CSS file comes to be: 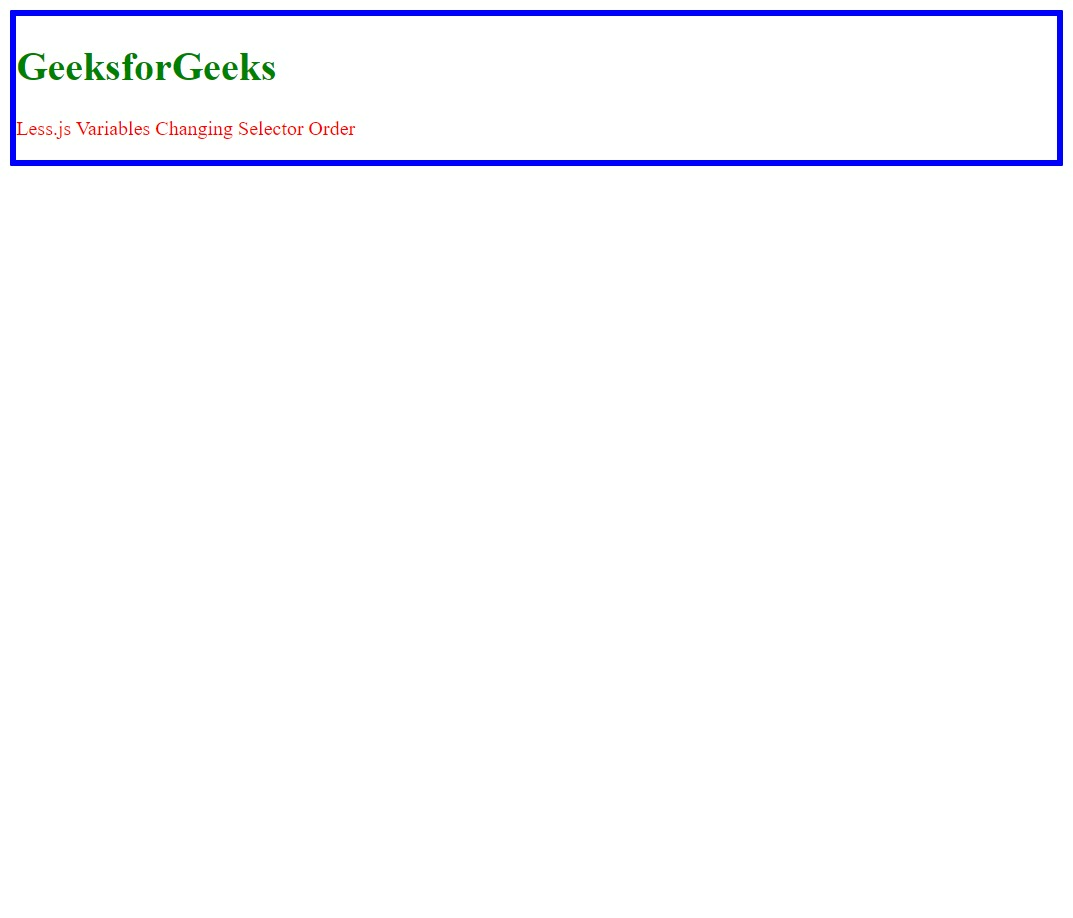 
style.less: Create the less file with the following code.


Now, to compile the above LESS code to CSS code, run the following command:

The compiled CSS file comes to be: