The role of agriculture in the economic growth and development of a country has been recognized for ages. Agriculture not only is seen as the source of food and provider of industrial raw materials but also as a source of livelihood for many people. The land is the most vital resource base in the agriculture sector that acts as a source of production, an asset of a certain value, or a means of social, economical, or political influence. Land reform can be interpreted as a purposeful initiative to change the process of owning agricultural lands, the methods of cultivation applied and establishing a link between agriculture and the economy as a whole. Land reforms as an institutional measure can have a major influence in addressing poverty, correcting social disparity, securing the status of poor land-holders, and organizing and enabling them to achieve benefits for their efforts. Land reform is considered an important step toward social justice and aims to abolish the exploitative attitude of rich landowning classes over insecure farmers. 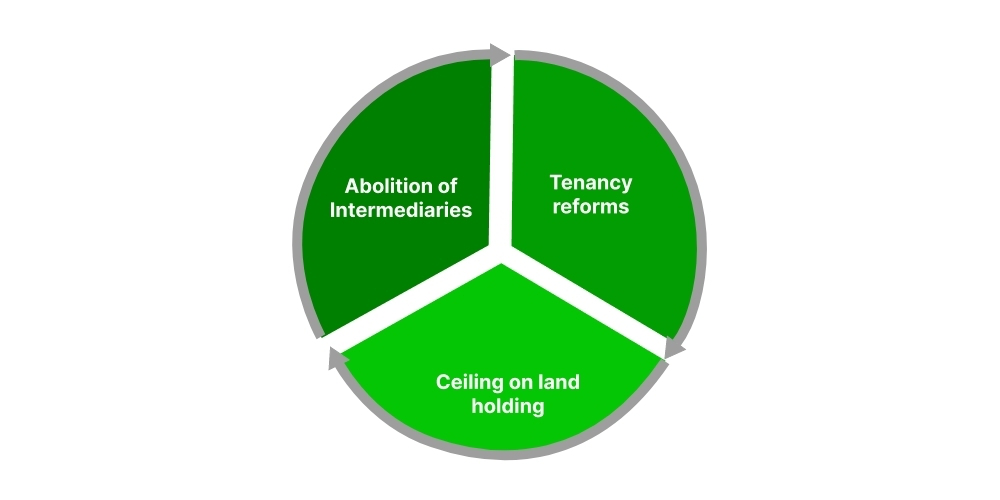 Importance of Land Reforms In India:

It has been observed that land ownership becomes a deciding factor in the production process combining land and labour. This in turn affects the volume and distribution of the agricultural products. The objective of land reforms is to bring changes in the socio-economic status of the population dependent on agriculture in different ways. For countries with a large agricultural base, the key to development is greatly dependent on the quality and quantity of agricultural lands being utilized productively. Land reform in India was aimed to achieve equity in the distribution of land with the shift of ownership from rich to poor. In India, there were large differences and irregularities in the arrangement of agricultural lands causing dissatisfaction and unrest among rural people. Since independence, India has taken various measures to implement land reforms to empower the farmers. Some important measures are as follows:

Important Milestones In Land Reforms By The Government of India: 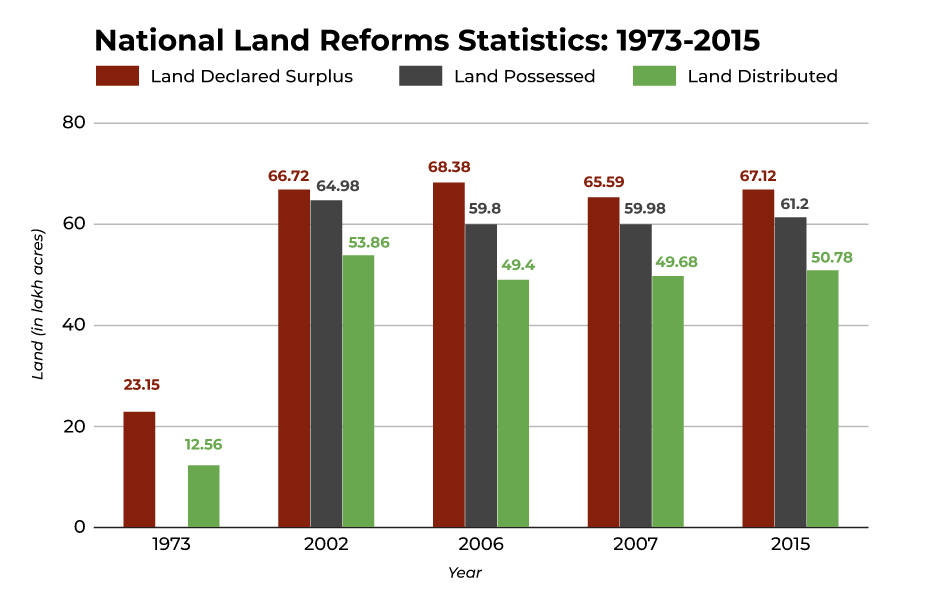 Factors Responsible For the Success of Land Reforms:

The land reform measures have brought promising results in the improvement of agricultural productivity and the social and economic progress of the farmer community. It reduces the labour and cost of cultivating fragmented lands in different places. The reforms changed the social and political power structure of owning land and empowered the actual landholders to contribute effectively to the development of agriculture and the economy as a whole.