Entropy: Entropy is a way of measuring the uncertainty/randomness of a random variable X

In other words, entropy measures the amount of information in a random variable. It is normally measured in bits.

Joint Entropy: The joint Entropy of a pair of discrete random variables X, Y ~ p (x, y) is the amount of information needed on average to specify both their values.

Conditional Entropy: The conditional entropy of a random variable Y given another X expresses how much extra information one still needs to supply on average to communicate Y given that the other party knows X.

Calculate the Entropy of Fair coin:

Here, the entropy of fair coin is maximum i.e 1. As the biasness of the coin increases the information/entropy decreases. Below is the plot of Entropy vs Biasness, the curve will look as follows: 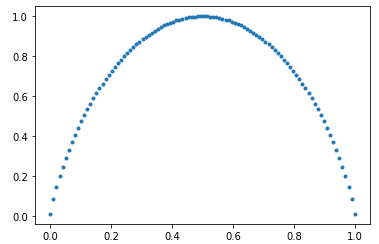 Biasness of Coin vs Entropy

Cross Entropy: Cross-entropy is a measure of the difference between two probability distributions (p and q) for a given random variable or set of events. In other words, Cross-entropy is the average number of bits needed to encode data from a source of distribution p when we use model q.

Cross-entropy can be defined as:

Kullback-Leibler Divergence: KL divergence is the measure of the relative difference between two probability distributions for a given random variable or set of events. KL divergence is also known as Relative Entropy. It can be calculated by the following formula:

Suppose there are two boxes that contain 4 types of balls (green, blue, red, yellow). A ball is drawn from the box randomly having the given probabilities. Our task is to calculate the difference of distributions of two boxes i.e KL- divergence.

Entropy and KL-divergence have many useful applications particularly in data science and compression.