So coming to the primary objectives of this article, there are four major things that we’ll discuss:

Monolithic in general is something that is a single large block, indivisible, inflexible, and moveable. So that briefly explains at a high level about monolithic architecture unity and its characteristics as well.

What is monolithic architecture?

So in business terms, you can say that all different business services are packaged together as a single unit which is tightly coupled so typically when you look at the monolithic architecture it primarily consists of three tiers. 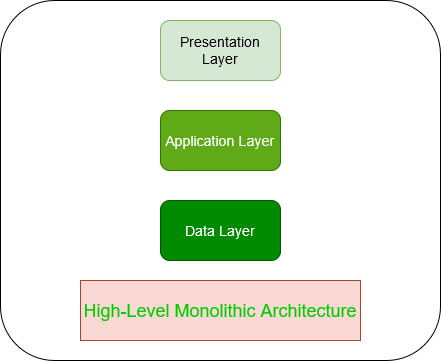 Now let’s look at an example of a simple monolithic application. When you take a bookstore web app it primarily consists of four components they are: 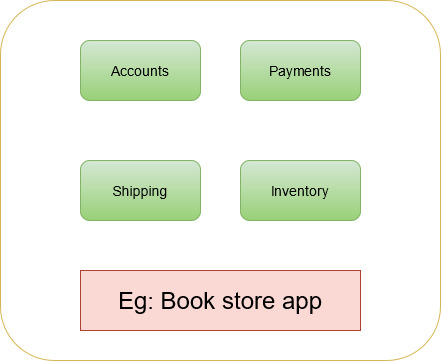 So if the developer develops this application based on a monolithic ID picture then all these four components will be developed together which may be interdependent on each other and deployed onto a web server as one single unit.

Now there is one big challenge with monolithic architecture even though it has served well for over three decades. Large organizations have used this way of packaging and deploying applications for decades and have developed effective ways of dealing with these shortcomings, but this was before the internet brought new challenges and one of the challenges is the unpredictable nature of user demands on the application.

Now let’s imagine that your company has an external website where they sell products online like amazon.com or walmart.com. In this scenario, you don’t know exactly how many people will be using your website today. All you can make is a good estimation based on some historical data that you have but that cannot be certain.  So if you look at the sales during the holiday season you see a rapid jump in visitors numbers as a result of some marketing campaign or a social media buzz. So as soon as you see that spike in traffic you need to immediately scale the application resources. Unfortunately, you do not have the luxury of a few weeks notice, so if you just fail to provide those resources it obviously reduces the performance of your applications which might even cause them to crash.

This used to happen during the early days of the Internet where web applications who are monolithic and when they were certain visitor numbers it would slow down the applications and possibly stop them altogether. The primary issue here is resources cannot be provided quickly enough to meet the demand. So the main disadvantage of the monolithic architecture pattern is it does not go well with scaling resources dynamically as and when needed.