A While Loop in Javascript is a control flow statement that allows the code to be executed repeatedly based on the given boolean condition. The while loop can be thought of as a repeating if statement.

The loop can be used to execute the specific block of code multiple times until it failed to match the condition.

There are mainly two types of loops:

Example: This example illustrates the use of a while loop. 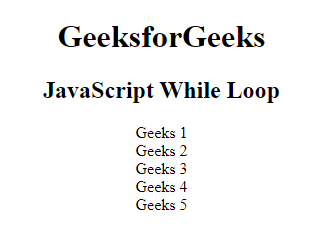 Do-While loop: A do-while loop is a control flow statement that executes a block of code at least once, and then repeatedly executes the block or not depending on a given boolean condition at the end of the block.

Example: This example illustrates the use of the do-while loop. 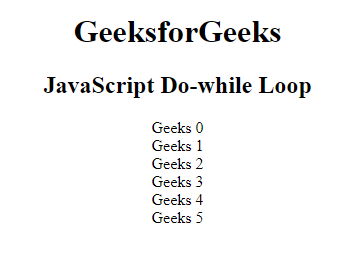 Example: This example illustrates both while and do-while loops. 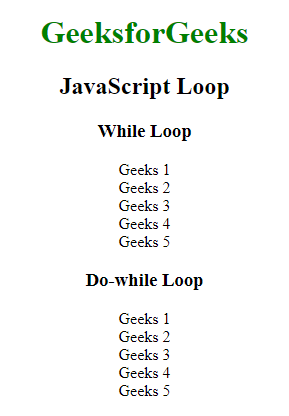