Java brings various Streams with its I/O package that helps the user to perform all the input-output operations. These streams support all the types of objects, data-types, characters, files etc to fully execute the I/O operations.

Before exploring various input and output streams lets look at 3 standard or default streams that Java has to provide which are also most common in use: 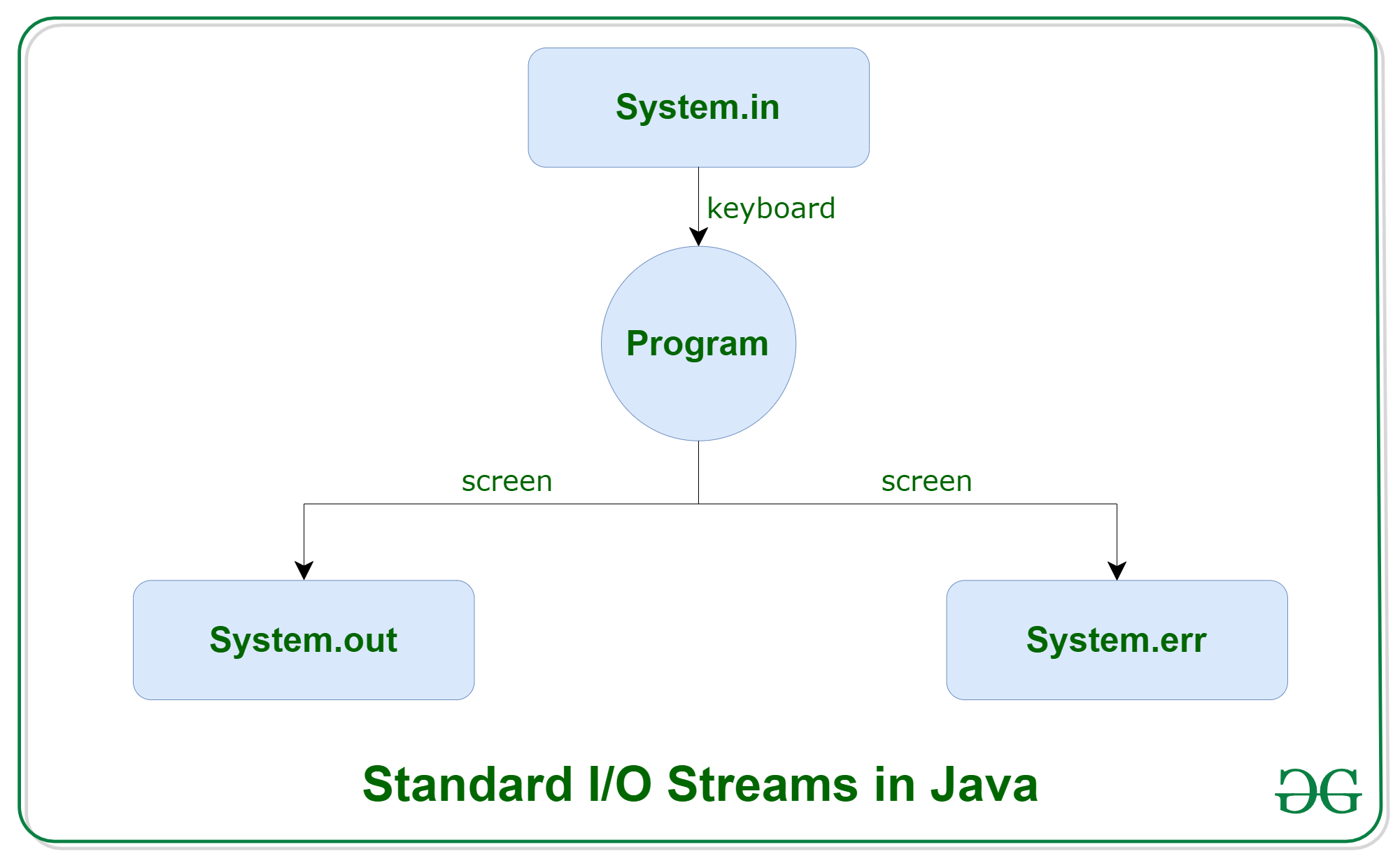