Organic chemistry is a discipline of chemistry concerned with the structure, characteristics, and interactions of organic molecules containing carbon in covalent bonds. Their structural formula is determined by studying their structure. Physical and chemical qualities are studied, as well as chemical reactivity, to better understand their behavior. The chemical synthesis of natural products, medicines, and polymers, as well as the laboratory and theoretical (in silico) research of individual organic molecules, are all part of the study of organic processes.

Hydrocarbons (compounds containing solely carbon and hydrogen) and compounds based on carbon but also including other elements, such as oxygen, nitrogen, sulphur, phosphorus (found in many biochemicals), and halogens, are among the substances studied in organic chemistry. The study of carbon–metal bonding is known as organometallic chemistry.

One of the most essential features of organic molecules is their propensity to show isomerism. Two or more compounds with the same molecular formula but different physical and chemical properties are known as isomers. Isomerism is the term for this phenomenon.

Isomerism can be divided into two categories:

Because they have the same molecular formula, ethanol and dimethyl ether are isomers. C2H6O. Because the atoms in each chemical are bonded differently, they are structural isomers. The following are some examples of structural isomerism in various forms:

Chain isomers are isomeric substances that differ solely in the arrangement of carbon atoms in the base chain, and chain isomerism is isomerism between them. The carbon atom chain or skeleton differs amongst isomers of this type.

Carbon atoms can be arranged in a straight or branched chain. Chain isomerism does not exist in molecules comprising up to three carbon atoms since they are a continuous chain with no chance of branching. It is demonstrated for compounds with four or more carbon atoms.

Position isomerization is a phenomenon that occurs when two or more compounds differ in the position of a component atom or functional group on the carbon skeleton.

C3H8O, for example, is made up of two alcohols:

For example, the chemical formula C3H6O denotes both an aldehyde and a ketone:

As a result, they have a connection. For example, the chemical formula C4H10O accommodates three metameric isomeric ethers.

Tautomers are functional isomers that exist in dynamic equilibrium at the same time. The most prevalent kind is keto-enol tautomerism, which is caused by the 1,3 movement of the hydrogen atom from carbon to oxygen and vice versa.

The ring chain isomers are represented by the chemical formula C3H6.

Stereoisomers are compounds that have the same chemical and structural formulae but differ in the relative arrangement of the atoms or groups in space, a phenomenon known as stereoisomerism.

Stereoisomerism can be divided into two categories: 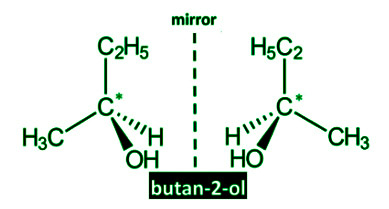 Question 1: What is isomerism?

Two or more compounds with the same molecular formula but distinct physical and chemical properties are known as isomers. Isomerism is the term for this phenomenon.

Question 2: What are the types of isomerism?

Isomerism can be divided into two categories. Stereoisomerism and structural isomerism are the two types.

Question 3: What is Ring-chain isomerism?

Compounds with the same chemical formula but open-chain or cyclic structures are known as ring chain isomers. Ring-chain isomerism is the term for this phenomena.

Question 4: What is Structural isomerism?

Question 5: What is Positional isomerism?

Position isomers are two or more compounds that differ in the position of a constituent atom or functional group on the carbon skeleton, and the phenomenon is known as position.