IPv6 Scanning is a term coined for Scanning of IPv6 Networks, IPv6 addresses have larger space addresses hence it is slow to scan IPv6 addresses as compared to IPv4 addresses, but it is not that hard to scan as we have many tools that can help in this process of scanning. We can scan for IPv6 Networks by different tools available on the internet.

Nmap is a tool that is capable of scanning IPv6 addresses, it is very simple to use. To use the IPv6 capability you can use the -6 option provided in the Nmap. It is also recommended to use a hostname as the IPv6 addresses are too complex in nature. All other functionality of Nmap works the same for IPv6 as they work for IPv4.

Masscan is a fast and reliable port scanner and is capable of scanning both IPv4 and IPv6 addresses. It comes with its own TCP/IP stack hence it is fast. It is capable of doing many banner-grabbing tasks that include almost every banner present on the Network Protocol.

Examples of such banners are as follows:

V6disc is a shell script that is capable of discovering IPv6 hosts in the network system. It supports Nmap to scan the hosts. V6disc is very fast as compared to Nmap, and it has the feature of auto-discovery. It also comes with some limitations like it detects hosts on the local network.

You can invoke the -N argument to use Nmap features with Nmap built-in options like -6 and -sT. 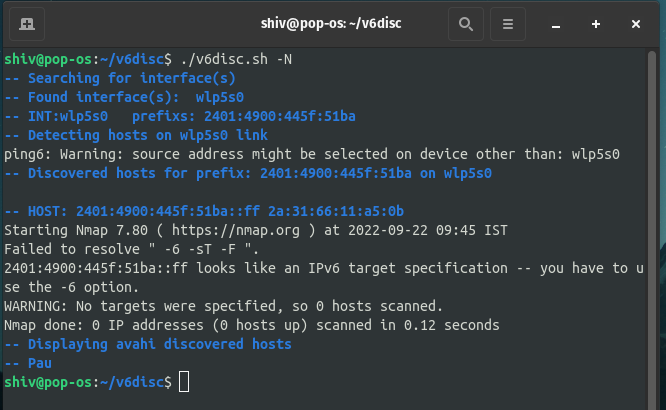 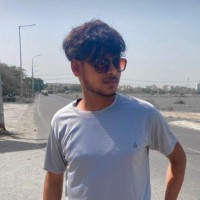