Unix is an Operating System that is truly the base of all Operating Systems like Ubuntu, Solaris, POSIX, etc. It was developed in the 1970s by Ken Thompson, Dennis Ritchie, and others in the AT&T Laboratories. It was originally meant for programmers developing software rather than non-programmers.

Unix and the C were found by AT&T and distributed to government and academic institutions, which led to both being ported to a wider variety of machine families than any other operating system. The main focus that was brought by the developers in this operating system was the Kernel. Unix was considered to be the heart of the operating System. System Structure of Unix OS are as follows: 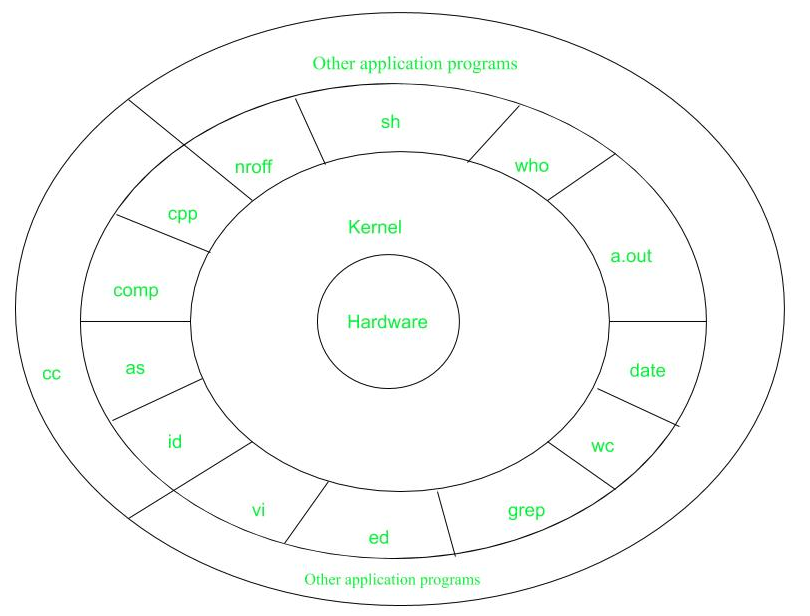 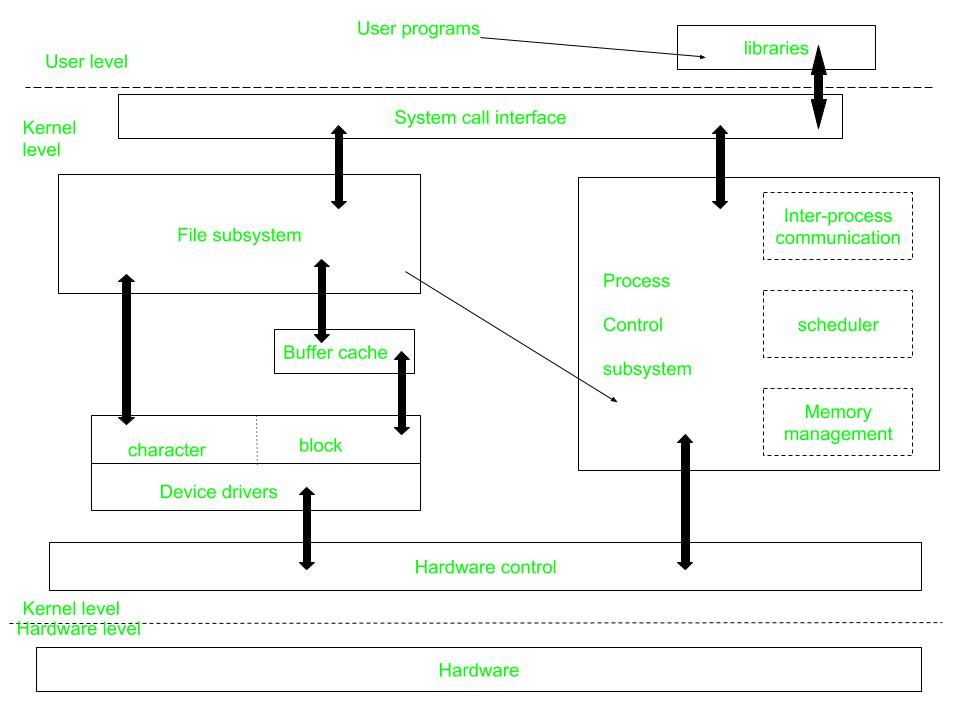 Figure – kernel and its block diagram

Difference between Unix and Linux –
Linux is essentially a clone of Unix. But, basic differences are shown below: