Introduction to tree diagram with R and ggraph

A dendrogram is a visual representation of the hierarchical relationship between items. It’s most often produced as a result of hierarchical clustering. A dendrogram’s main purpose is to figure out the best approach to assign objects to clusters. 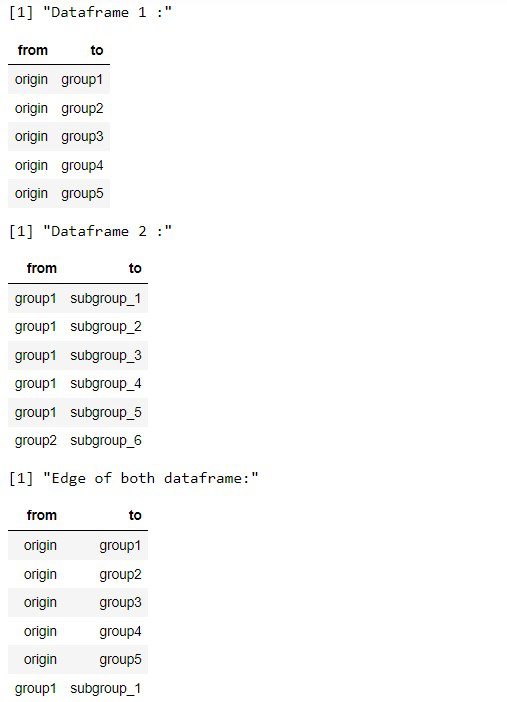 graph_from_data_frame() methods creates igraph graphs from one or two data frames and its descriptions have been obtained from the igraph package.

Now, we will plot dendrogram using ggraph library. For this, we will use dendrogram layout of ggraph with layout = ‘dendrogram’  and geom_edge_diagonal() is used to the edges and geom_node_point() for data points 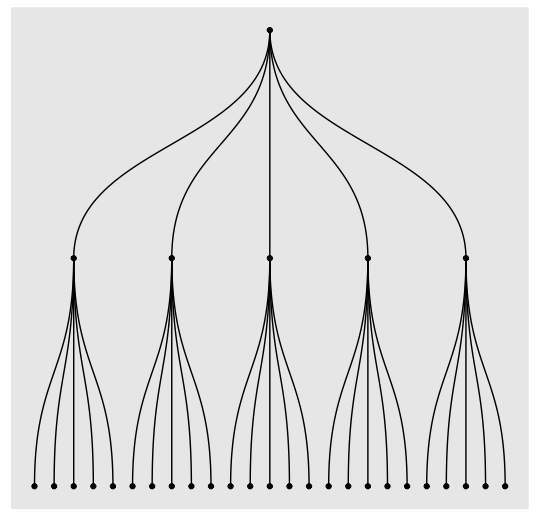