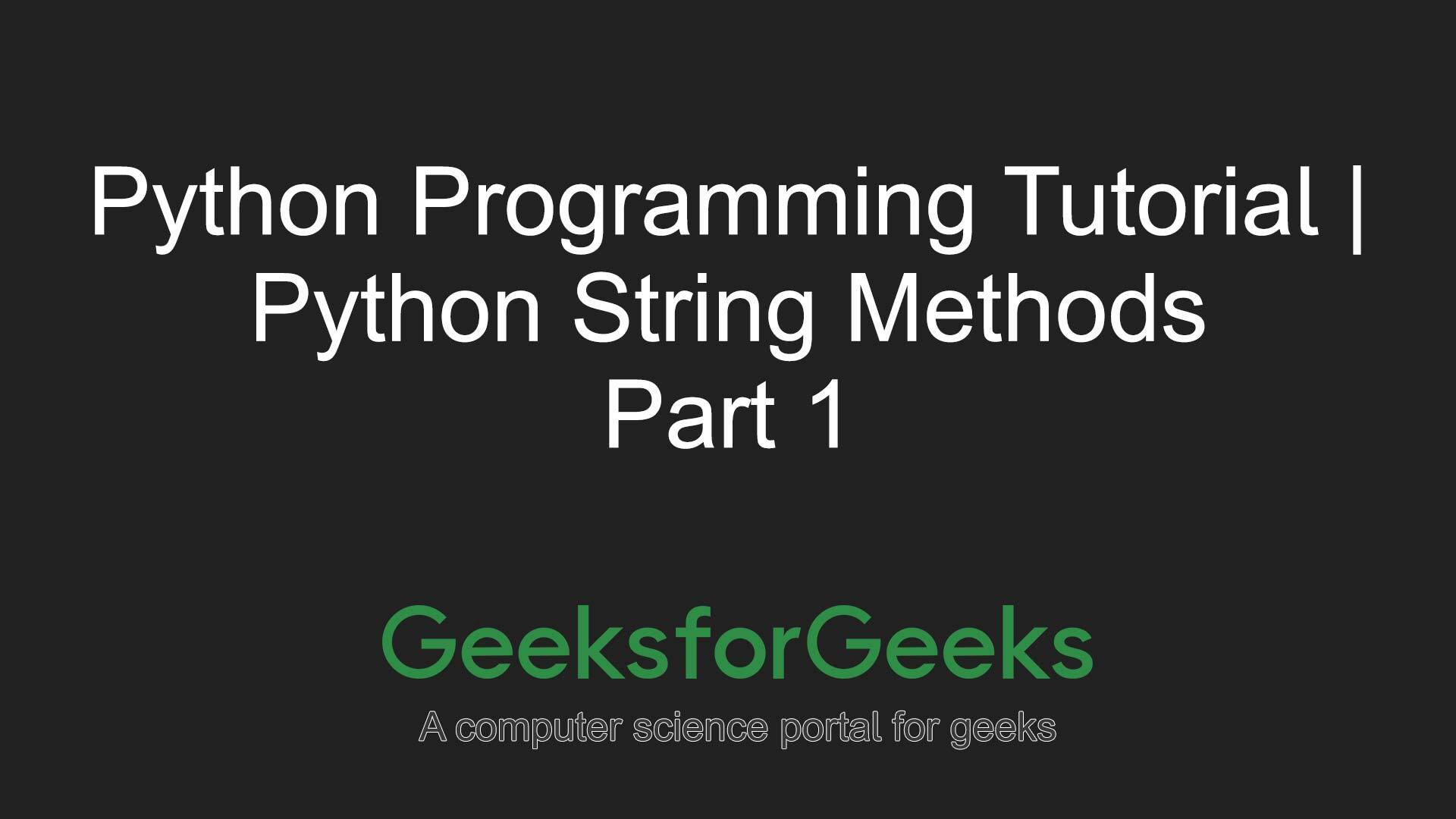 # Python Program for
# Creation of String

# Creating a String
# with single Quotes
String1 = ‘Welcome to the Geeks World’
print(“String with the use of Single Quotes: “)
print(String1)

# Creating a String
# with double Quotes
String1 = “I’m a Geek”
print(“\nString with the use of Double Quotes: “)
print(String1)

Output:
String with the use of Single Quotes:
Welcome to the Geeks World

String with the use of Double Quotes:
I’m a Geek

String with the use of Triple Quotes:
I’m a Geek and I live in a world of “Geeks”

Accessing characters in Python
In Python, individual characters of a String can be accessed by using the method of Indexing. Indexing allows negative address references to access characters from the back of the String, e.g. -1 refers to the last character, -2 refers to the second last character, and so on.
While accessing an index out of the range will cause an IndexError. Only Integers are allowed to be passed as an index, float or other types that will cause a TypeError.

First character of String is:
G

Last character of String is:
s

Like other programming languages, it’s possible to access individual characters of a string by using array-like indexing syntax. In this we can access each and every element of string through their index number and the indexing starts from 0. Python does index out of bound checking.

So, we can obtain the required character using syntax, string_name[index_position]:

Note: We can also slice the string using beginning and only and steps are optional.

How to print single quote or double quote on screen?
We can do that in the following two ways:

How to print escape character instead?