Python is a widely used general-purpose, high level programming language. It was created by Guido van Rossum in 1991 and further developed by the Python Software Foundation. It was designed with an emphasis on code readability, and its syntax allows programmers to express their concepts in fewer lines of code.

Python is a programming language that lets you work quickly and integrate systems more efficiently.

There are two major Python versions: Python 2 and Python 3. Both are quite different.

Windows: There are many interpreters available freely to run Python scripts like IDLE (Integrated Development Environment) that comes bundled with the Python software downloaded from http://python.org/.

Linux: Python comes preinstalled with popular Linux distros such as Ubuntu and Fedora. To check which version of Python you’re running, type “python” in the terminal emulator. The interpreter should start and print the version number.

Just type in the following code after you start the interpreter.

Line 1: [# Script Begins] In Python, comments begin with a #. This statement is ignored by the interpreter and serves as documentation for our code.

Line 2: [print(“GeeksQuiz”)] To print something on the console, print() function is used. This function also adds a newline after our message is printed(unlike in C). Note that in Python 2, “print” is not a function but a keyword and therefore can be used without parentheses. However, in Python 3, it is a function and must be invoked with parentheses.

Knowledge of any programming language can be a plus.

LOOK and FEEL of the Python 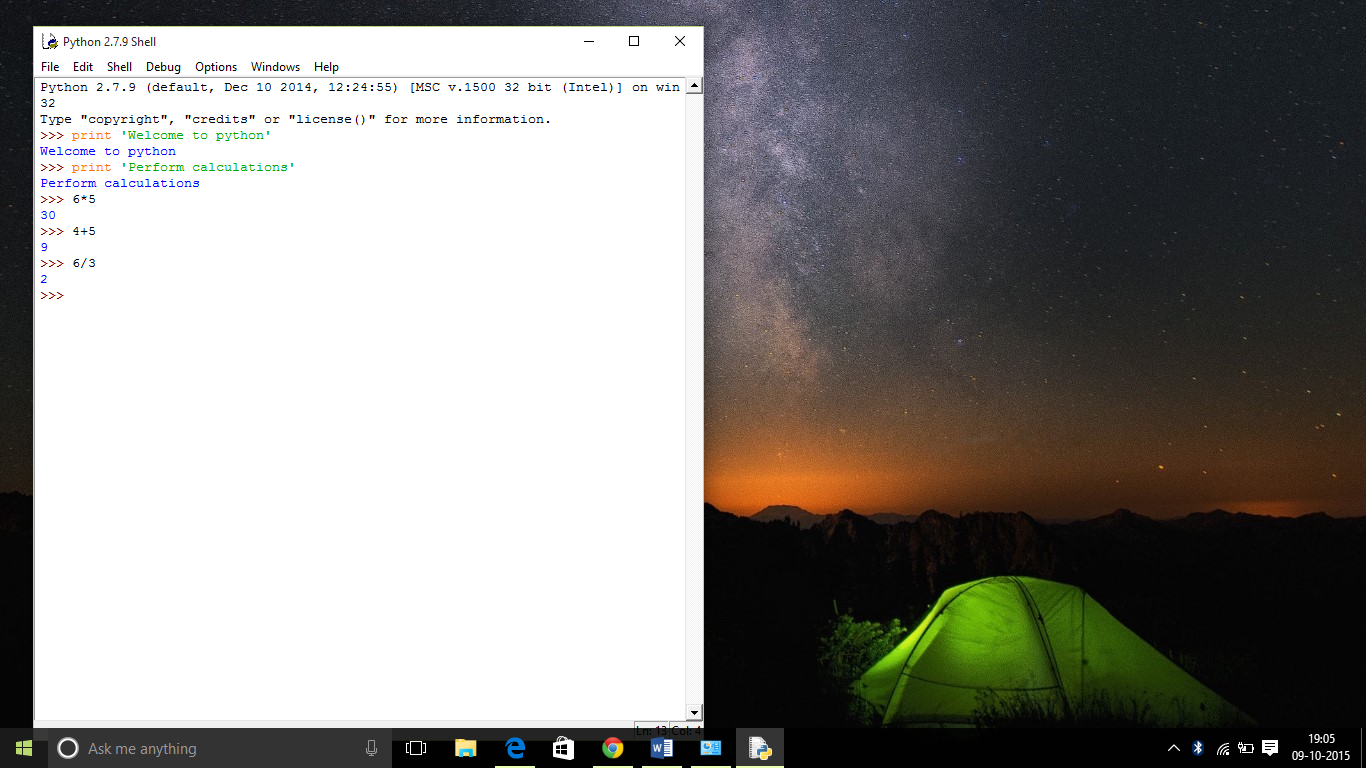 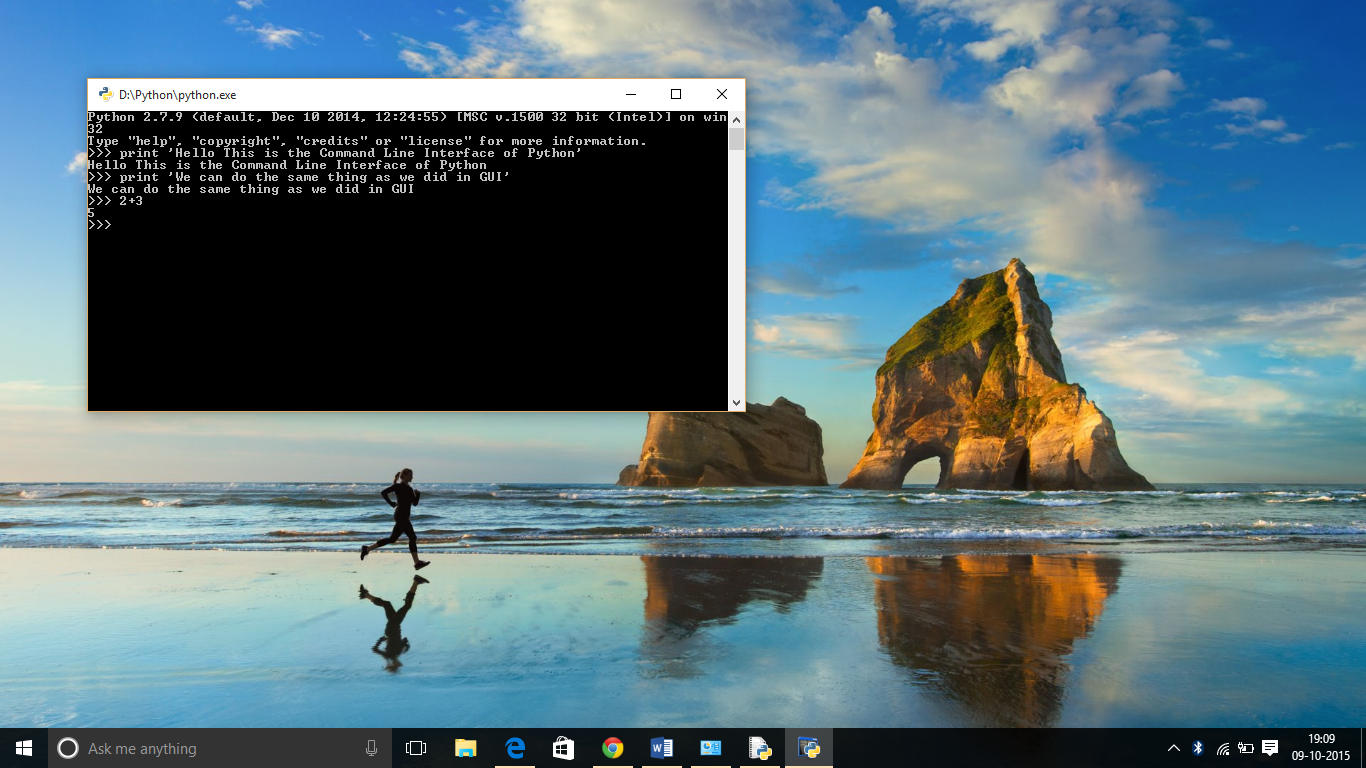 Softwares making use of Python

Python has been successfully embedded in a number of software products as a scripting language.

Most of the companies are now looking for candidates who know about Python Programming. Those having the knowledge of python may have more chances of impressing the interviewing panel. So I would suggest that beginners should start learning python and excel in it.

Python is a high-level, interpreted, and general-purpose dynamic programming language that focuses on code readability. It has fewer steps when compared to Java and C. It was founded in 1991 by developer Guido Van Rossum. Python ranks among the most popular and fastest-growing languages in the world. Python is a powerful, flexible, and easy-to-use language. In addition, the community is very active there. It is used in many organizations as it supports multiple programming paradigms. It also performs automatic memory management.

So before moving on further.. let’s do the most popular ‘HelloWorld’ tradition 😛 and hence compare Python’s Syntax with C, C++, Java ( I have taken these 3 because they are most famous and mostly used languages).

The ” >>> ” represents the python shell and its ready to take python commands and code.

In other programming languages like C, C++, and Java, you will need to declare the type of variables but in Python you don’t need to do that. Just type in the variable and when values will be given to it, then it will automatically know whether the value given would be an int, float, or char or even a String.

See, how simple is it, just create a variable and assign it any value you want and then use the print function to print it. Python have 4 types of built in Data Structures namely List, Dictionary, Tuple and Set.

List is the most basic Data Structure in python. List is a mutable data structure i.e items can be added to list later after the list creation. It’s like you are going to shop at the local market and made a list of some items and later on you can add more and more items to the list.
append() function is used to add data to the list.

You can think of functions like a bunch of code that is intended to do a particular task in the whole Python script. Python used the keyword ‘def’ to define a function.
Syntax:

Now as we know any program starts from a ‘main’ function…lets create a main function like in many other programming languages.

As the name suggests it calls repeating things again and again. We will use the most popular ‘for’ loop here.

Python has a very rich module library that has several functions to do many tasks. You can read more about Python’s standard library by Clicking here
‘import’ keyword is used to import a particular module into your python code. For instance consider the following program.

If you’re curious to upgrade your Python skills, you’ve come to the right platform! In this DS Using Python Programming – Self Paced Course, designed for Python enthusiasts where you’ll be guided by the leading industry experts who will explain in-depth, and efficient methods to implement data structures such as heaps, stacks, and linked lists etc. So, what are you waiting for? Advance your Python skills today.