Hashing refers to the process of generating a fixed-size output from an input of variable size using the mathematical formulas known as hash functions. This technique determines an index or location for the storage of an item in a data structure.

Every day, the data on the internet is increasing multifold and it is always a struggle to store this data efficiently. In day-to-day programming, this amount of data might not be that big, but still, it needs to be stored, accessed, and processed easily and efficiently. A very common data structure that is used for such a purpose is the Array data structure.

Now the question arises if Array was already there, what was the need for a new data structure! The answer to this is in the word “efficiency“. Though storing in Array takes O(1) time, searching in it takes at least O(log n) time. This time appears to be small, but for a large data set, it can cause a lot of problems and this, in turn, makes the Array data structure inefficient.

There are majorly three components of hashing: 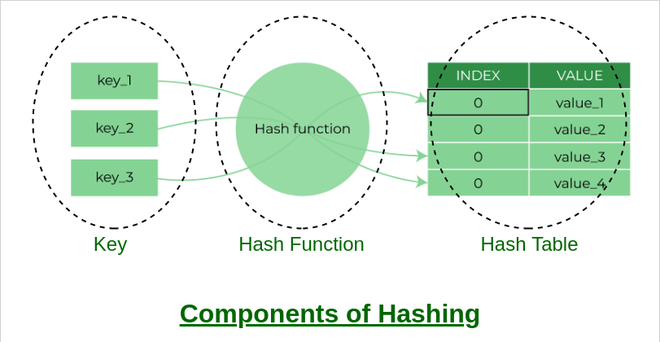 How does Hashing work?

Our main objective here is to search or update the values stored in the table quickly in O(1) time and we are not concerned about the ordering of strings in the table. So the given set of strings can act as a key and the string itself will act as the value of the string but how to store the value corresponding to the key?

Mapping key with indices of array

The above technique enables us to calculate the location of a given string by using a simple hash function and rapidly find the value that is stored in that location. Therefore the idea of hashing seems like a great way to store (key, value) pairs of the data in a table.

What is a Hash function?

There are many hash functions that use numeric or alphanumeric keys. This article focuses on discussing different hash functions:

Properties of a Good hash function

So, We can construct our hash function to do the same but the things that we must be careful about while constructing our own hash function.

A good hash function should have the following properties:

The hashing process generates a small number for a big key, so there is a possibility that two keys could produce the same value. The situation where the newly inserted key maps to an already occupied, and it must be handled using some collision handling technology. 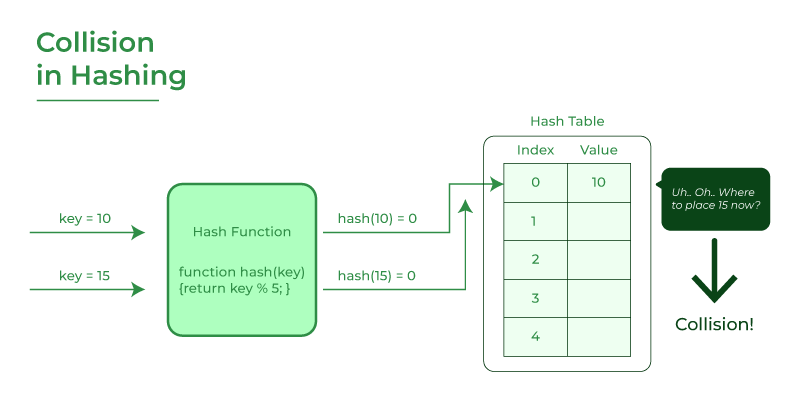 What is Collision in Hashing

How to handle Collisions?

There are mainly two methods to handle collision: 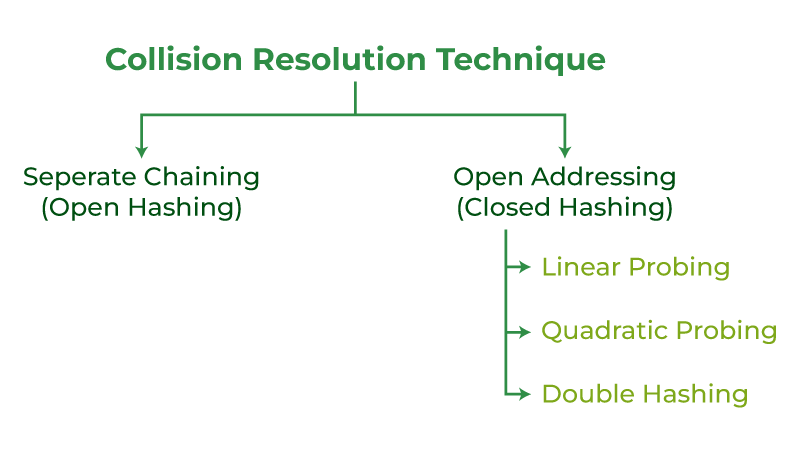 The idea is to make each cell of the hash table point to a linked list of records that have the same hash function value. Chaining is simple but requires additional memory outside the table.

Example: We have given a hash function and we have to insert some elements in the hash table using a separate chaining method for collision resolution technique.

Let’s see step by step approach to how to solve the above problem: 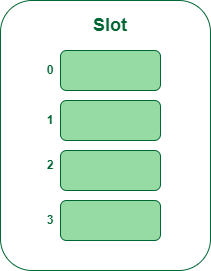 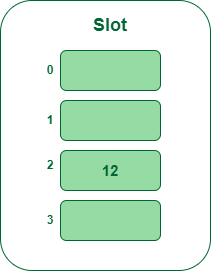 Insert key 12 in the hash table 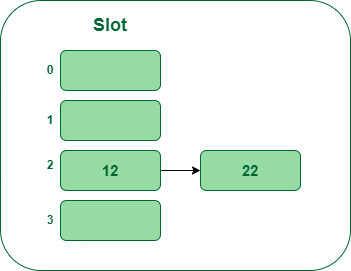 Insert key 15 in the hash table 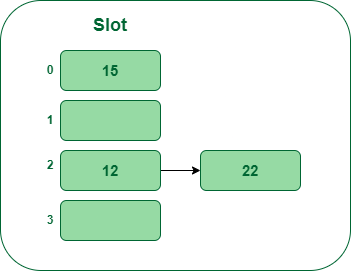 Insert key 22 in the hash table 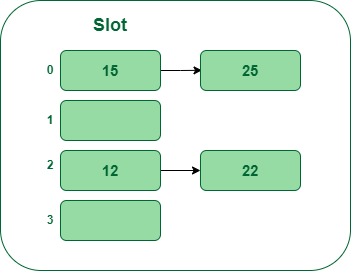 Insert key 25 in the hash table

Hence In this way, the separate chaining method is used as the collision resolution technique.

In open addressing, all elements are stored in the hash table itself. Each table entry contains either a record or NIL. When searching for an element, we examine the table slots one by one until the desired element is found or it is clear that the element is not in the table.

In linear probing, the hash table is searched sequentially that starts from the original location of the hash. If in case the location that we get is already occupied, then we check for the next location. 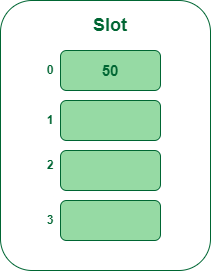 Insert key 50 in the hash table 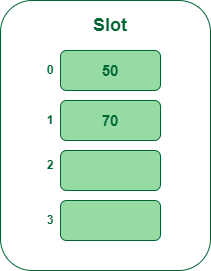 Insert key 70 in the hash table 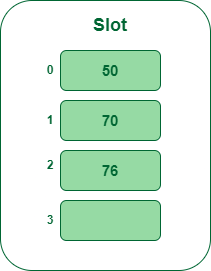 Insert key 76 in the hash table 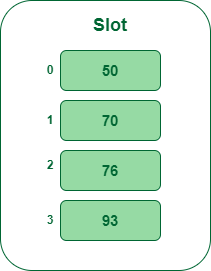 Insert key 93 in the hash table

Quadratic probing is an open addressing scheme in computer programming for resolving hash collisions in hash tables. Quadratic probing operates by taking the original hash index and adding successive values of an arbitrary quadratic polynomial until an open slot is found.

This method is also known as the mid-square method because in this method we look for i2‘th probe (slot) in i’th iteration and the value of i = 0, 1, . . . n – 1. We always start from the original hash location. If only the location is occupied then we check the other slots.

Let hash(x) be the slot index computed using the hash function and n be the size of the hash table. 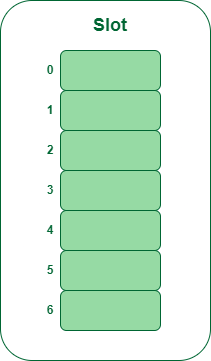 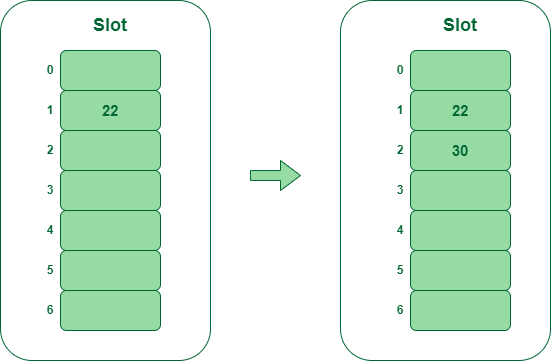 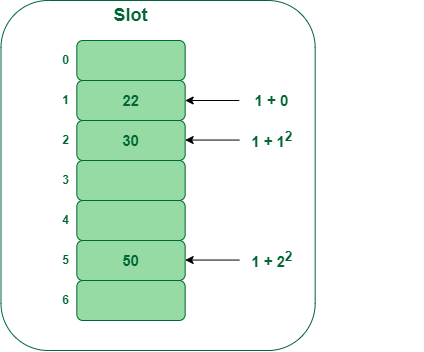 Insert key 50 in the hash table

This combination of hash functions is of the form

Complexity of the Double hashing algorithm: 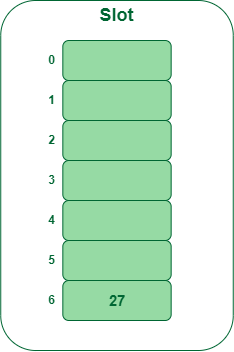 Insert key 27 in the hash table 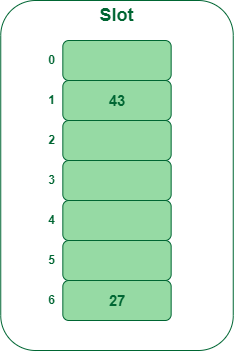 Insert key 43 in the hash table 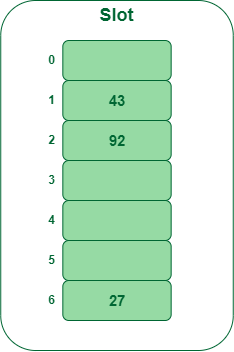 Insert key 92 in the hash table 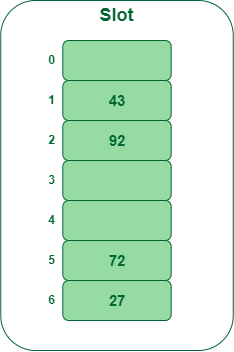 Insert key 72 in the hash table

What is meant by Load Factor in Hashing?

As the name suggests, rehashing means hashing again. Basically, when the load factor increases to more than its predefined value (the default value of the load factor is 0.75), the complexity increases. So to overcome this, the size of the array is increased (doubled) and all the values are hashed again and stored in the new double-sized array to maintain a low load factor and low complexity.

From the above discussion, we conclude that the goal of hashing is to resolve the challenge of finding an item quickly in a collection. For example, if we have a list of millions of English words and we wish to find a particular term then we would use hashing to locate and find it more efficiently. It would be inefficient to check each item on the millions of lists until we find a match. Hashing reduces search time by restricting the search to a smaller set of words at the beginning.