In this article, we will study various types of parses. It is one of the most important topics in Compiler from a GATE point of view. The working of various parsers will be explained from a GATE question-solving point of view.
Prerequisite – basic knowledge of grammars, parse trees, ambiguity.

Role of the parser :

In the syntax analysis phase, a compiler verifies whether or not the tokens generated by the lexical analyzer are grouped according to the syntactic rules of the language. This is done by a parser. The parser obtains a string of tokens from the lexical analyzer and verifies that the string can be the grammar for the source language. It detects and reports any syntax errors and produces a parse tree from which intermediate code can be generated.

Before going to types of parsers we will discuss some ideas about some important things required for understanding parsing.

Context-Free Grammars:
The syntax of a programming language is described by context-free grammar (CFG). CFG consists of a set of terminals, a set of non-terminals, a start symbol, and a set of productions.
Notation –   ? ? ? where ? is a is a single variable [V]
? ? (V+T)*

Ambiguity
A grammar that produces more than one parse tree for some sentence is said to be ambiguous.
Eg- consider a grammar
S -> aS | Sa | a
Now for string aaa, we will have 4 parse trees, hence ambiguous 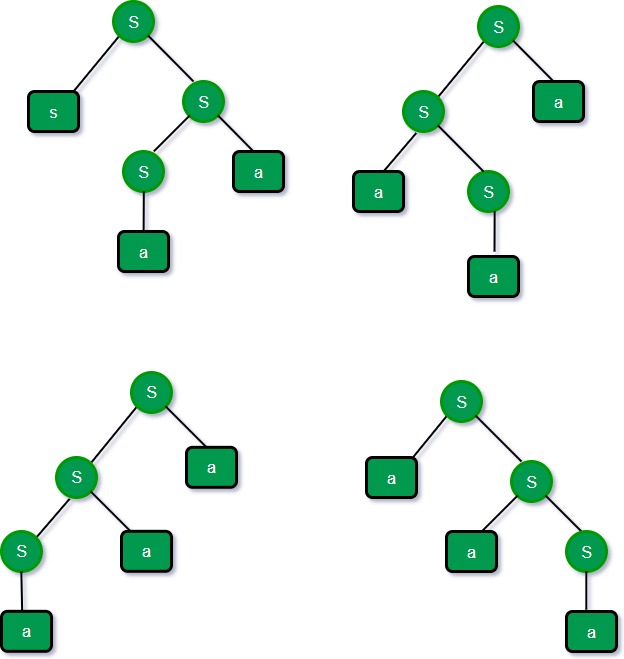 For more information refer to www.geeksforgeeks.org/ambiguous-grammar/ 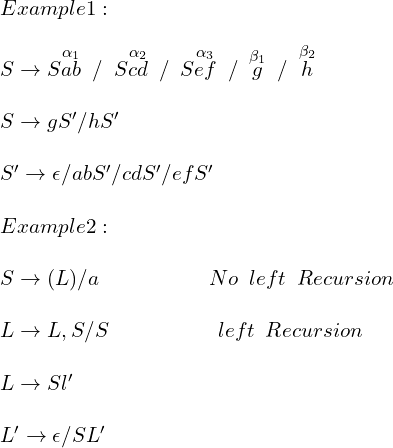 Removing Left Factoring :
A grammar is said to be left factored when it is of the form –
A -> αβ1 | αβ2 | αβ3 | …… | αβn | γ i.e the productions start with the same terminal (or set of terminals). On seeing the input α we cannot immediately tell which production to choose to expand A.
Left factoring is a grammar transformation that is useful for producing grammar suitable for predictive or top-down parsing. When the choice between two alternative A-productions is not clear, we may be able to rewrite the productions to defer the decision until enough of the input has been seen to make the right choice.
For the grammar A -> αβ1 | αβ2 | αβ3 | …… | αβn | γ
The equivalent left factored grammar will be –
A -> αA’ | γ
A’ -> β1 | β2 | β3 | …… | βn 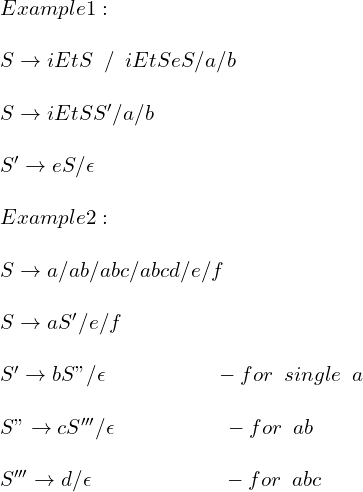 The process of deriving the string from the given grammar is known as derivation (parsing).
Depending upon how derivation is done we have two kinds of parsers:-

We will be studying the parsers from the GATE point of view.

Lets understand it better with an example 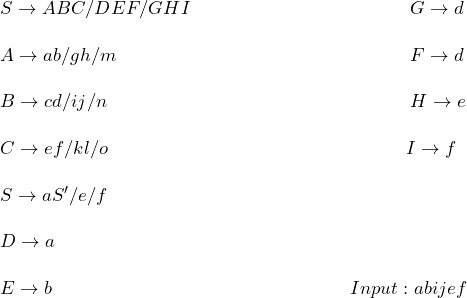 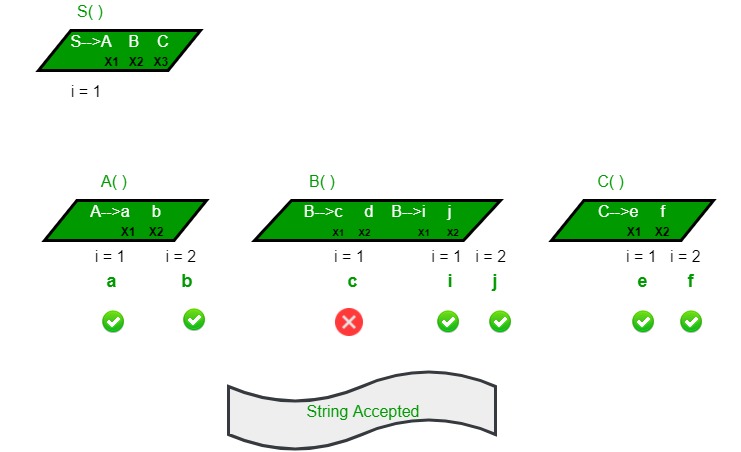 A recursive descent parsing program consists of a set of procedures, one for each nonterminal. Execution begins with the procedure for the start symbol which halts if its procedure body scans the entire input string.

Non-Recursive Predictive Parsing :
This type of parsing does not require backtracking. Predictive parsers can be constructed for LL(1) grammar, the first ‘L’ stands for scanning the input from left to right, the second ‘L’ stands for leftmost derivation, and ‘1’ for using one input symbol lookahead at each step to make parsing action decisions.
Before moving on to LL(1) parsers please go through FIRST and FOLLOW
https://www.geeksforgeeks.org/first-set-in-syntax-analysis/
https://www.geeksforgeeks.org/follow-set-in-syntax-analysis/ 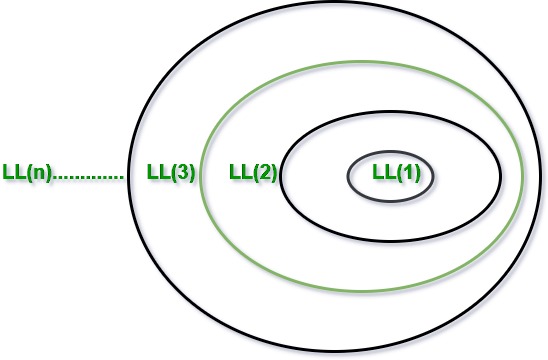 We will discuss the Bottom-Up parser in the next article (Set 2).

This article is contributed by Parul Sharma