Gateways as the name suggest are one kind of gate (passage) that connects smart objects to the servers by application of fog computing.

In IoT, Gateways are network hardware that an application/system uses for interacting with the server. 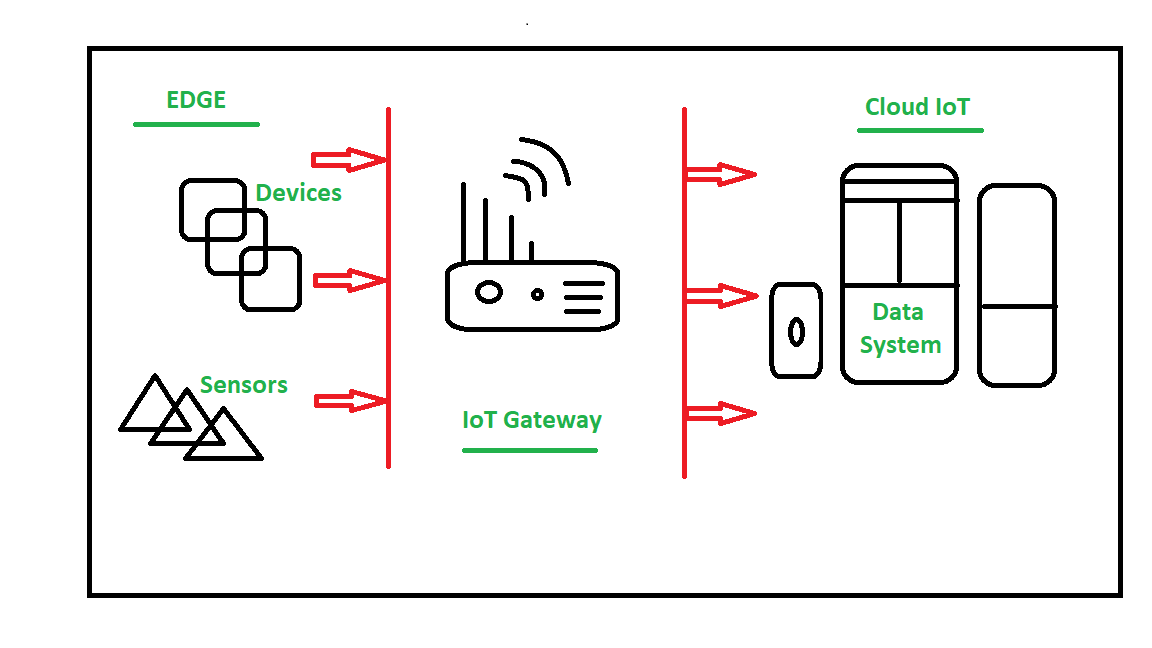 If gateways could be understood and made in a manner that makes their potential, accessibility, and user-friendliness to the mark, there could be prominent growth and more security on the Internet of Things. For instance, think of a gateway connected to the smart refrigerator, so now all functions like requesting for data and sending data wherever needed could be done through the gateway itself, and if somebody could get access to the gateway he/she could steal, modify or hinder data. Also, if the gateway could be accessed without authority consent, it could be manipulated by a false server and data could be sent where it should not, and thus machine learning algorithms could verify all of it by various methods.

Features Of Gateways :
Gateways provide a wide variety of features. Some of which are:

Types Of Gateways :
There is not any specification of gateways in the commercial market other than being brand specific. But on the feasibility, performance, speed, and workability gateways can be classified in a broad manner as:

NOTE: sink*- A sink is a device that connects various gateways to it and then the sink to the server for easy facilitation of the networking. It is a kind of gateway to gateways.

How Gateways Work :
This is a sequential description of the working of gateway that will guide you through how data rolls in and out through the gateway:

Advantages Of Gateways :
The gateways provide the following advantages to the user:

Limitations Of Gateways :
There are few limitations of gateways as well. Here are some of them:

Overcoming Limitations Of Gateways :
Through the following steps, limitations of the gateways could be overcome:

Conclusion :
Gateways are the backbone for the future of Smart objects and computing. Through gateway design, one could make smart objects more accessible, secure, and relevant. Gateways, as seen, are not that much simple and holds some major breakthrough in their design. Gateways could be the reason for the popularity of smart objects and a building block for a smart world. These could be the leaders of emerging technologies and their design could make the smart objects stand in a long run.  Gateways if combined with modern era technologies could turn the tables and make the witness of a new era.